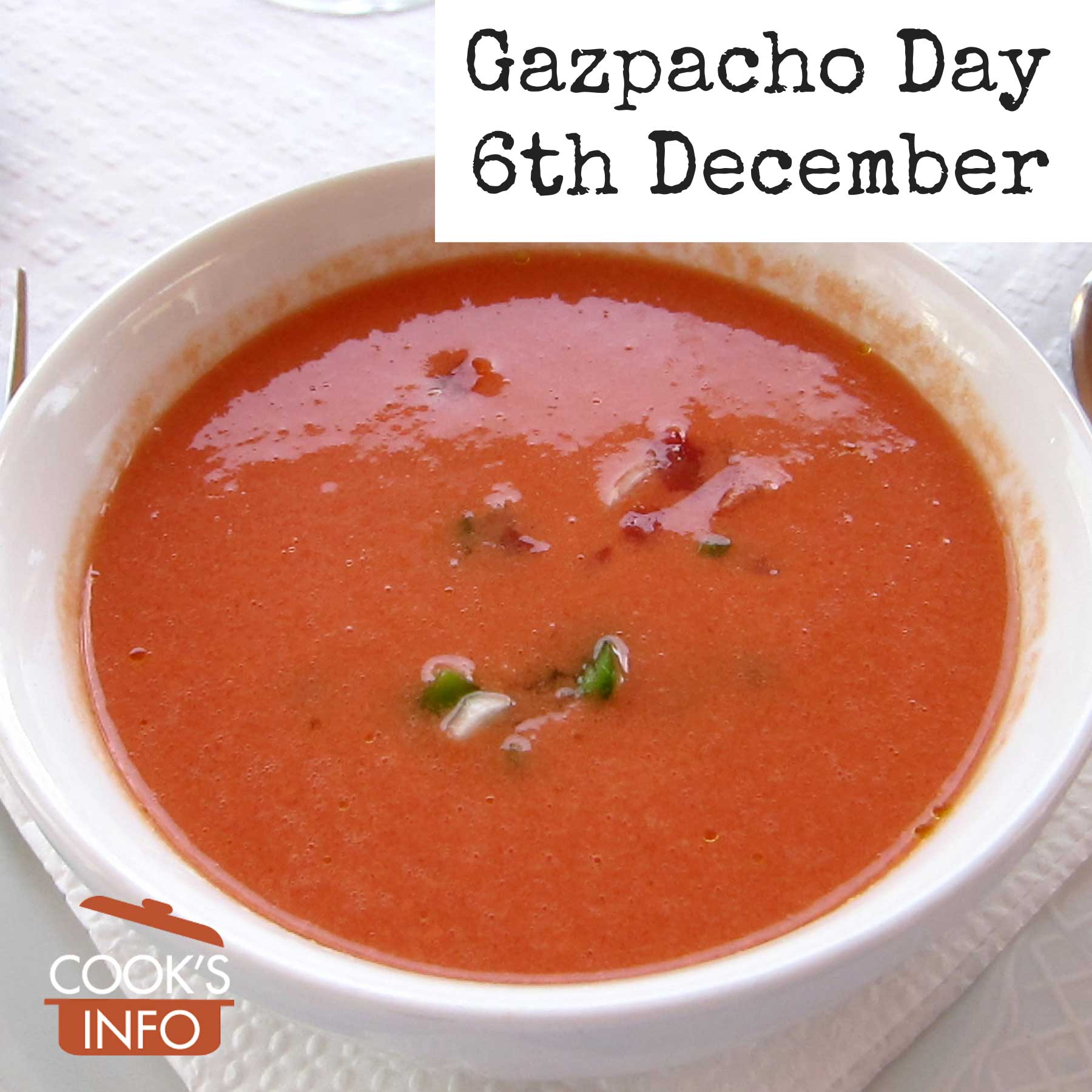 The 6th of December is Gazpacho Day.

Our traditional concept of gazpacho involves tomatoes, and tomatoes certainly aren’t at their best or cheapest in December in the Northern Hemisphere. In fact, with the sleet, cold rain or snow starting to come in sideways, people in the Northern Hemisphere would probably be more tempted by a Beef and Guinness Pot Pie covered in a pastry crust rather than a chilled vegetable soup.

But never mind, Gazpacho Day it is, and it probably wouldn’t hurt to get at least one light and lively meal in before the weeks of heavy Christmas overeating ahead begin in earnest. Besides, in the southern hemisphere, the first of the summer tomatoes will just be coming into season, so for them the timing for Gazpacho Day is works well.

The earliest print mention that CooksInfo is aware of for a “Gazpacho Day” in December dates from 2000 in Utah: 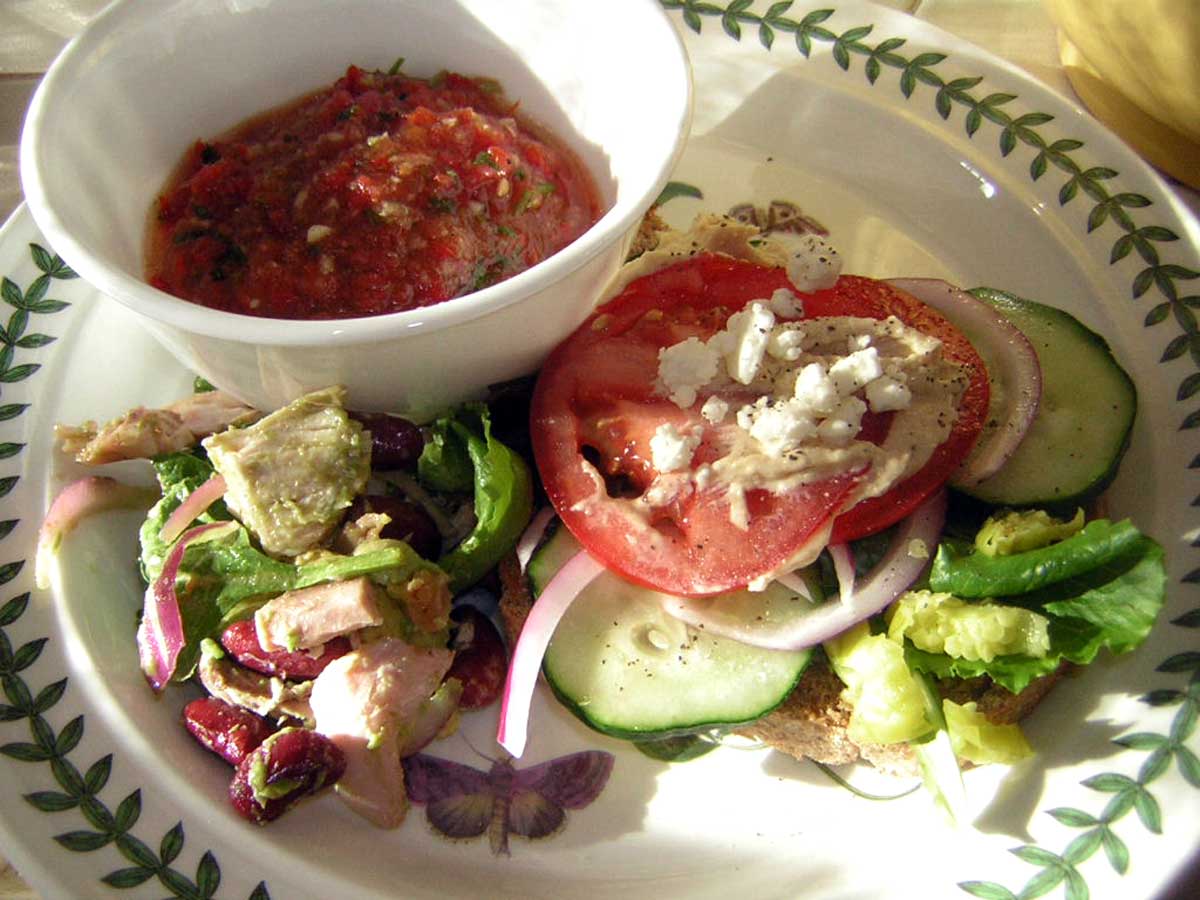