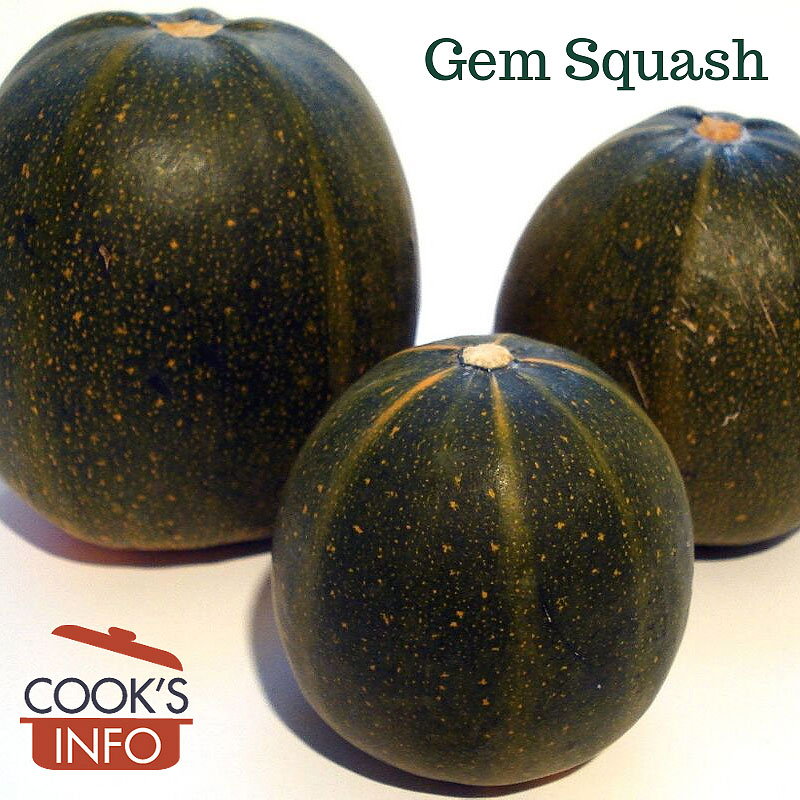 Gem Squash is a summer squash.

For use as a summer squash, you harvest the squash when they are the size of an orange. The squash will have smooth, hard, dark-green skin.

The squash can also be harvested and used as a winter squash.

When allowed to reach this stage of maturity, the skin will turn orange.

These gem squash are a member of the Cucurbita pepo family.

You don’t need to peel the squash when harvested at the summer squash stage with a dark green skin.

Inside, the squash will have sweet, firm, dense, yellowy-orange flesh.

Good for baking, especially for stuffing, with each one being an individual portion.

They store well when allow to fully mature to a “winter squash” stage.

There are two different Gem Squashes

There are two different squashes referred to as Gem Squash. Both are small, round squashes, about the size of a large apple.

In New Zealand, South Africa and in the UK, Gem Squash is likely to mean the squash described above: a summer squash.

In North America, it is likely to mean Little Gem Hubbard Squash, which is a winter squash.

And any differences you see may not necessarily mean two difference squash varieties: it could also be the same type of squash, just harvested at different times. 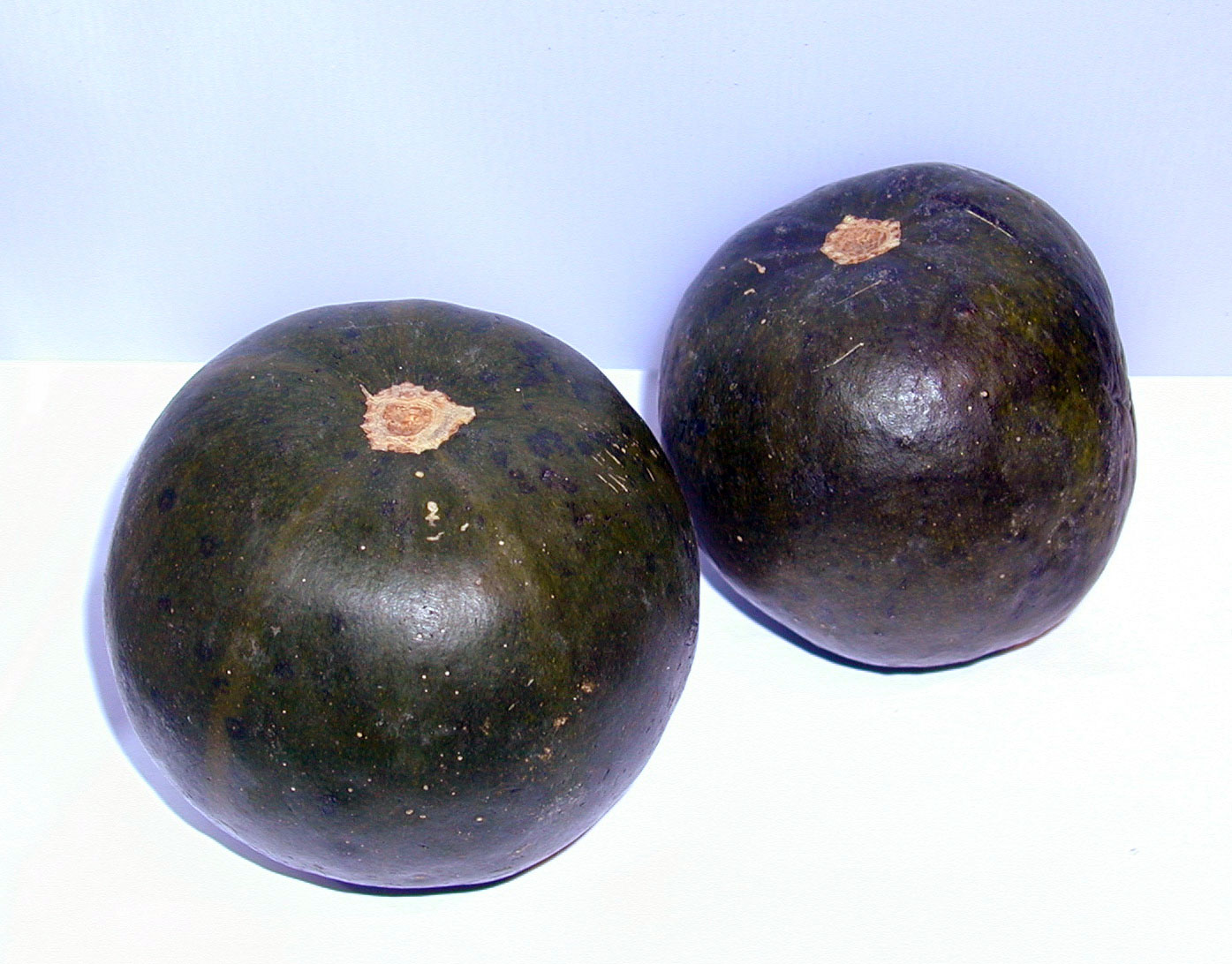