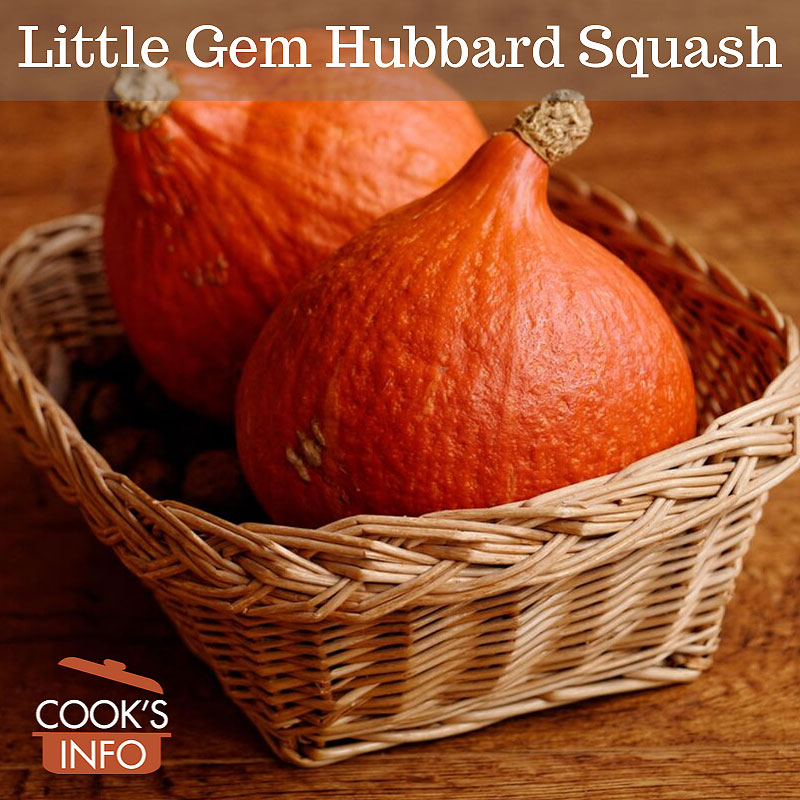 They grow on long vines and can be trained up a trellis.

These squash can be eaten young as a summer squash when they are the size of an orange, or left to ripen into winter squash, in which case the rind will turn dark orange.

80 days from seed for use as a winter squash.

They are a member of the Cucurbita maxima family.

Inside, they have dense, finely-textured flesh that is not watery.

The flesh is good for use as a vegetable at either state of maturity, or for pie when left ripen to winter squash stage (though you would need several for a pie.)

Good for baking, especially for stuffing, with each one being an individual portion.

They store well when allow to fully mature.

There are two different Gem Squashes

There are two different squashes referred to as Gem Squash. Both are small, round squashes, about the size of a large apple.

In North America, it is likely to mean the Little Gem Squash discussed above on this page.

In New Zealand, South Africa and in the UK, it is likely to mean the summer squash discussed here instead: Gem Squash.

And any differences you see may not necessarily mean two difference squash varieties: it could also be the same type of squash, just harvested at different times.