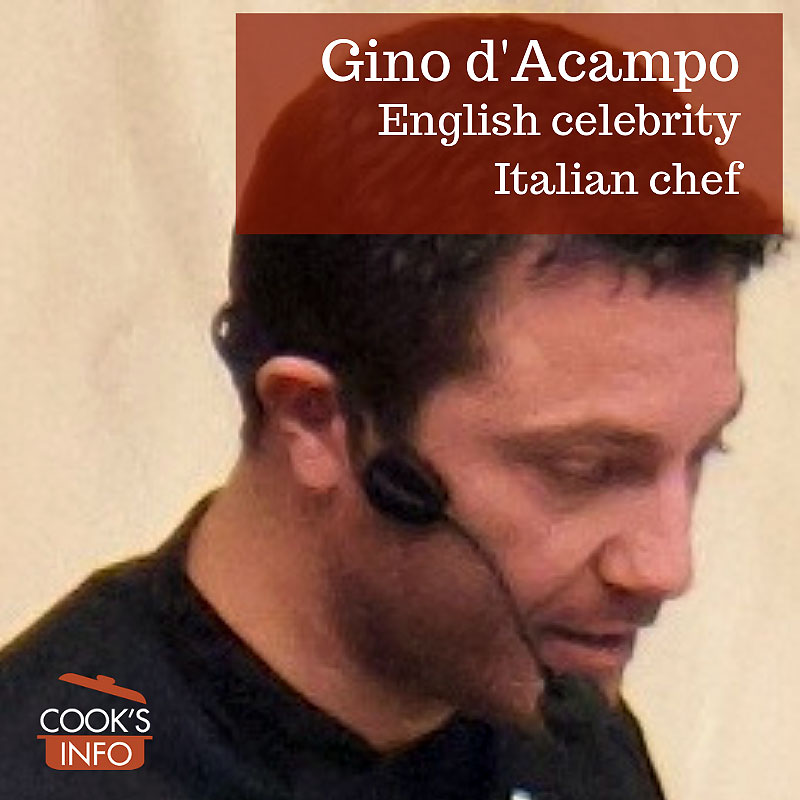 Gino was born on 17 July 1976 at Torre del Greco, Napoli, and was raised on a farm. There was already professional cooking in his family: his grandfather was a head chef for Costa Cruise Ships.

Gino said that at age 11, he already knew cooking was for him. “When he was 11, he walked into his grandfather’s restaurant for the first time and decided that cooking was for him. [3]Gino d’Acampo Biography. Accessed August 2019 at https://www.ginodacampo.com/biography/

In 1990, at the age of 15, he went to Luigi de Medici Catering College. Then he worked at Perignon restaurant in Nice, France, and at the age of 19, he was head chef at Mambo King (owned by the American actor Sylvester Stalone) in Marbella, Spain.

In 1995 aged 20, he made the move to England. He worked at The Orchard Restaurant in Hampstead, London, and the Cambio Restaurant in Guildford, Surrey, and another called Pane Vino.

In 1998, he broke into singer Paul Young’s home in Mill Hill in North London, and stole a guitar collection and a platinum disc. “The Italian was convicted in 1998 and served two years in jail.” [4]Robertson, Peter and Rashid Razaq. Invite me to dinner and I’ll let you off burgling my home, Paul Young tells TV chef. London: Evening Standard. 25 November 2011.

“He was caught out when his DNA was discovered on a cigarette butt outside the [Paul Young’s] bedroom door, and was sentenced to two years in jail under his real name, Gennaro….

“I don’t hold it against him. He said it was bad and he apologised, and I did get most of the stuff back,” the 62-year-old [Paul Young] said. “Maybe he needed his wrist slapping and he got that. He said he was in a terrible place at that time and wanted to turn his life around.” Gino later described the crime as a “serious mistake” but that food “saved” him in the end.

“It was a dreadful experience, but in life I’ve learned to make good come out of everything,” he previously told Whats on TV. “I thought, ‘This is not going to drag me down, this is going to make me a better man.’ “So I came out of prison a man with a plan, determined to set up a business importing Italian ingredients.” … He added: “The point is, food saved me again. It always has and still does; it’s a constant for me.” [5]Gibb, Jessica. Gino D’Acampo credits food with ‘saving his life’ after burglary landed Italian chef in prison. London: The Mirror. 19 July 2018. Accessed August 2019 at https://www.mirror.co.uk/3am/celebrity-news/gino-dacampo-credits-food-saving-12945497

His first TV appearance was as a guest on “Great Food Live” on UK TV Food to talk about olive oil. Afterwards, he became a regular guest on it. He started appearing on the “Saturday Kitchen” programme on BBC2, and did a series looking at Italian food called “Essential Ingredients” for the Great Food Live programme.

In 2002, aged 27, he organized the food for the Gala Reception after a Pavarotti concert in January 2002.

In 2004, aged 29, he owned an Italy food supply company called Bontà Italia Ltd, and was helping the grocery store supermarket giant Tesco develop ready-made meals for their Finest range. He also began selling sauces and olive oils under his own name. In the same year, he also joined the “Ready Steady Cook” show on BBC2, and did the “One Stop Food” feature section in ITV’s morning programme, “This Morning.”

2005 was an even busier year. Gino started his own series on ITV called “Chef v Britain” (partnering with Claire Sweeney), and another called “Too Many Cooks.” He also had his own restaurant by this point called “Trevi” in West Byfleet, Surrey, and his own Deli called “Delizie” in Borehamwood, Hertfordshire. On top of all that, in Oaxaca, Mexico, he filmed six episodes for TV of a series called “An Italian in Mexico.” Sponsored by the “Old El Paso” company (a Mexican-food line owned by General Mills), the series aired on UK TV Food, starting on 3 October 2005.

Gino is (as of 2006) involved with the Federation of Italian Chefs (Federazione Italiana Cuochi) and the Association of Professional Italian chefs (Associazione Professionale Cuochi Italiani.) 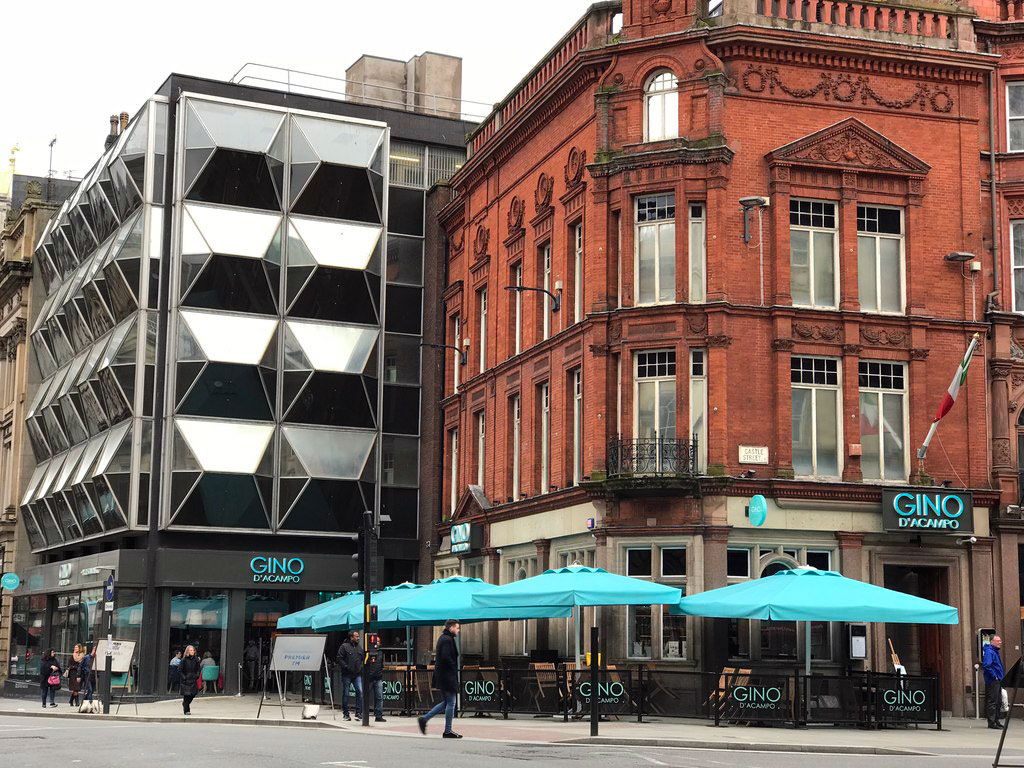 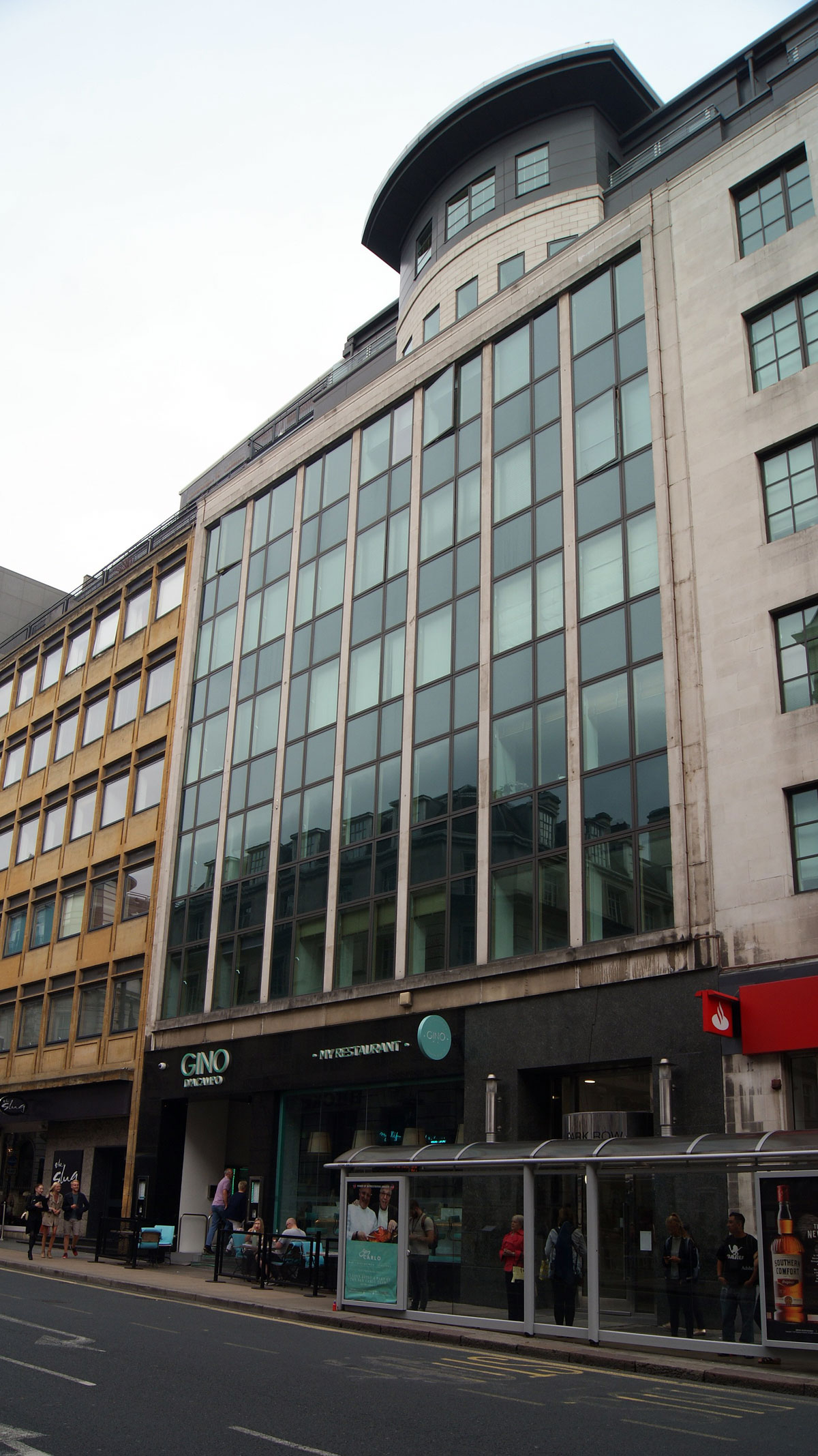 This web site generates income from affiliated links and ads at no cost to you to fund continued research · Information on this site is Copyright © 2023· Feel free to cite correctly, but copying whole pages for your website is content theft and will be DCMA'd.
Tagged With: English Food, Italian Food