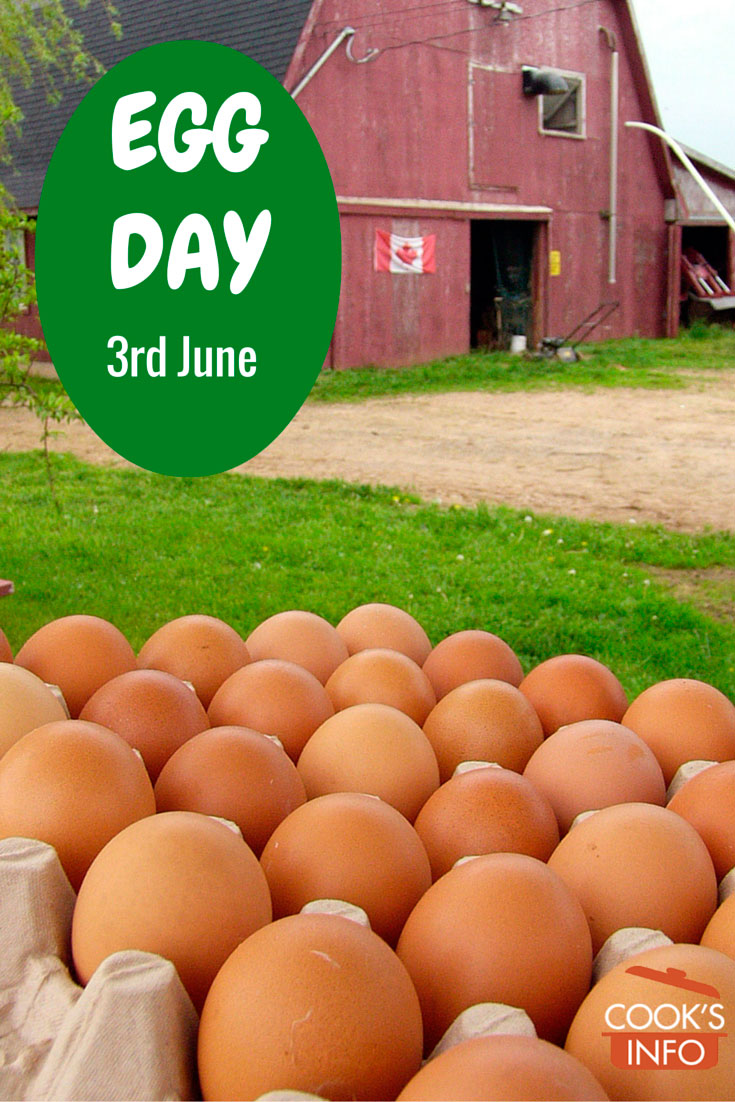 The 3rd of June is Egg Day.

The challenge for today is to make a meal around eggs. Breakfast if you want, but higher points are awarded to those who make eggs the main course for dinner!

In the United States, National Egg Month is in actually in May, sponsored by the American Egg Board.

Winlock in Washington State had a celebration on 13 August 1921 to celebrate the completion of a highway. As Winlock was on its way to becoming known for its poultry and egg production, which the highway would certainly help in easing shipping, town boosters decided to proclaim that day “Winlock Poultry and Egg Day”, to maximize the impact from the international press that the event was no doubt certain to attract. They decided to make it an annual event, though it gradually got shifted forward into June.

Throughout the 1900s, a “National Egg Day” was proclaimed by various towns and organizations to be in about just about every month of the year. In 1918, Petaluma, California, launched an annual “National Egg Day” to be held on the 13th of August. This lasted for many decades.

It’s unclear who exactly settled on the 3rd of June date, or why, and why it took off compared to any of the other dates.