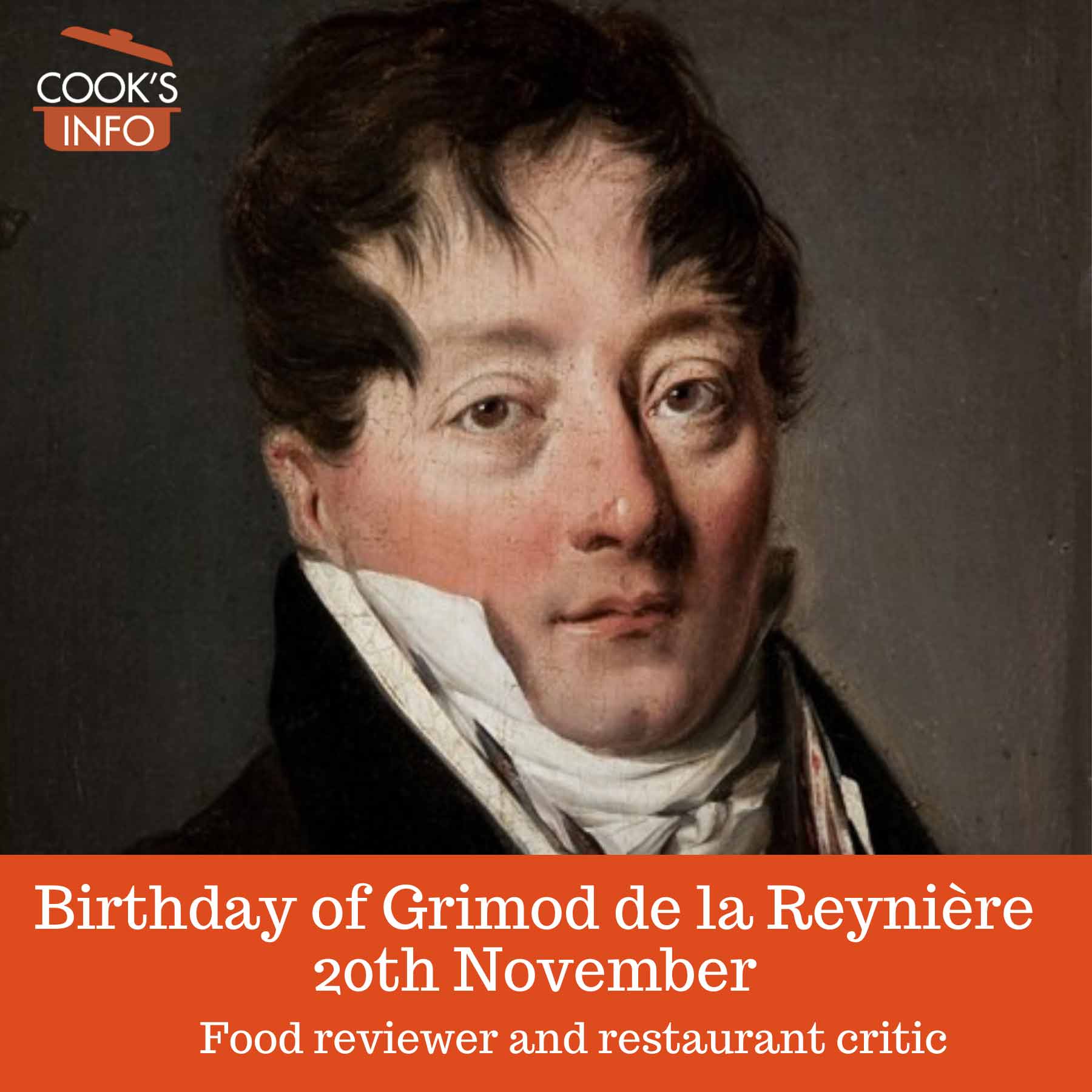 The 20th of November is the birthday of Grimod de la Reynière.

Born on the Champs Elysées in Paris into a wealthy family, he became one of the world’s first food reviewers and restaurant critics.

Many now-famous sayings originated with him, such as “A host who can neither carve nor serve is like the owner of a fine library who cannot read” and “In France, people know 685 different ways of preparing eggs.”

De la Reynière became a convert to gastronomy while spending time at an Augustine abbey, where he charmed his way to eating at the table of the abbot and became accustomed to appreciating gustatory pleasures.

He weathered the French revolution with his status relatively intact because Danton and Robespierre liked him for being a bohemian maverick.

In 1803, he began writing a yearly food lover’s almanac. The publications were both food criticism and restaurant guides.

He actually had to overcome a disability to do his writing: he was born with deformed hands, and wore artificial prostheses.

Learn more about the life and times of Grimod de la Reynière.