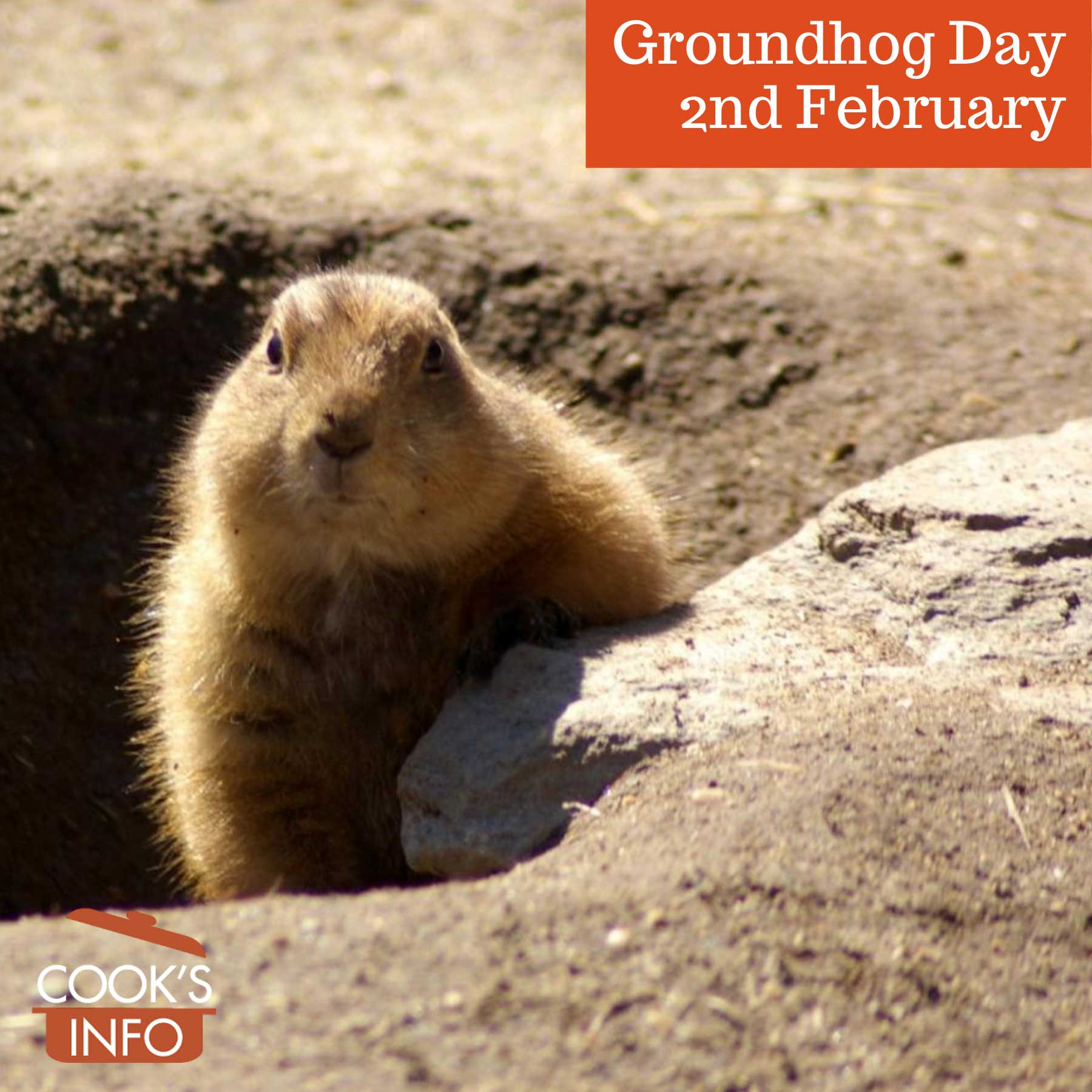 Groundhog Day is the 2nd of February. If a groundhog sees its shadow on this day, there will be six more weeks of winter. If it does not, spring will be early.

While it’s a popular tradition, sadly examination of meteorological records over the years reveals no actual correlation (let alone causation!)

The tradition is an offshoot of Candlemas Day which is also today. If the weather were good on Candlemas, bad weather would continue, and if the weather that day was bad, then winter was just about over. It actually makes sense if you think of it, despite the apparent reverse logic, because sunny days in winter in the Northern Hemisphere are often the coldest.

It’s actually, though, a tradition that even predates Candlemas Day in northern Europe. Some speculate it was brought by the Romans; others say it was a pagan tradition called “Imbolc“, marking a halfway point between Winter Solstice and Spring Equinox, celebrated with light (candles and presumably fires) to help hasten the departure of the darkness of winter. On this day, if the weather were good enough for an animal such as a hedgehogs to see its shadow, then it was fine weather which meant bad weather coming. Germans would watch to see if bears, badgers or hedgehogs saw their shadows.

Germans coming over to America, such as those that settled in Pennsylvania, found groundhogs a good substitute for hedgehogs, which sadly don’t exist in North America. Observance of Groundhog Day was first recorded in February 1841 in the diary of a shopkeeper, James Morris, in Morgantown, Berks County, Pennsylvania. It didn’t become a Pennsylvania wide practice until around 1886.

Settlers in northern States soon realized, however, that whether the groundhog saw his shadow or not, there would still be a good deal of winter yet to get through. February in the northern half of North America, in fact, is usually the dead of winter, unlike in milder European countries. So a saying evolved: “Groundhog Day – Half your hay.” It means that you should only have used up half your hay by then — if you didn’t still have half of it left, your livestock were going to be very hungry by the time winter was through before they could be put up to pasture again to feed on grass.

In Pennsylvania, dinners are held at “Grundau Lodges” (meaning “Groundhog Lodges”.) Pennsylvania Dutch (e.g. Pennsylvania German) food is served, and people are encouraged to speak to each other in the Pennsylvanian Dutch dialect. 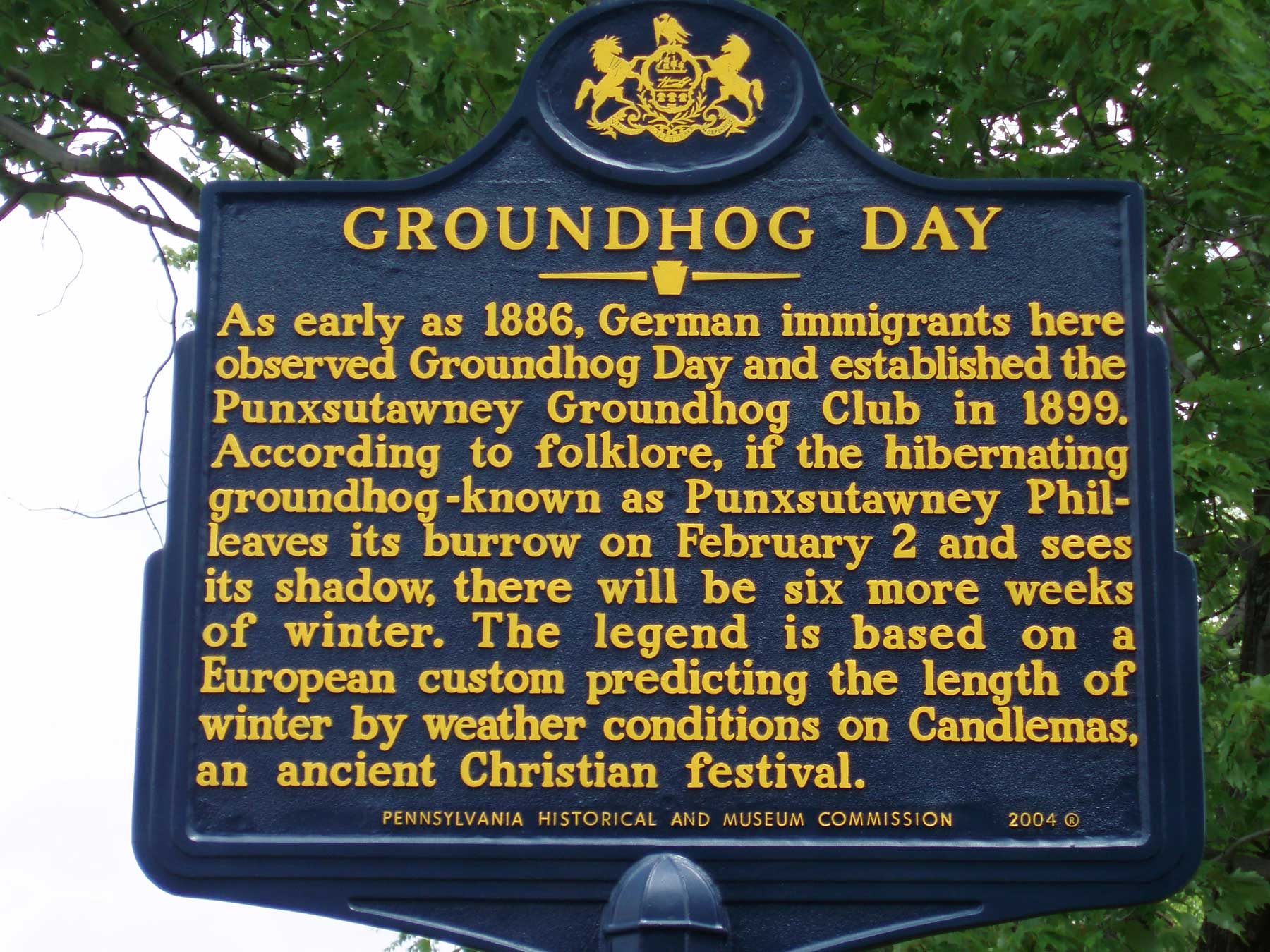 If Candlemas be fair and bright,
Come, Winter, have another flight;
If Candlemas brings clouds and rain,
Go Winter, and come not again.