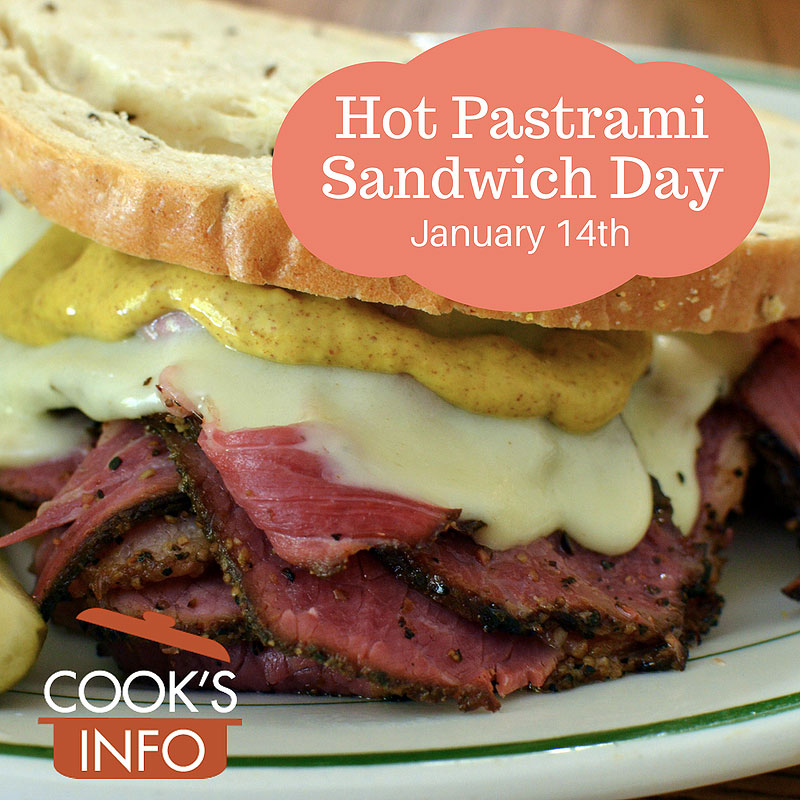 The 14th of January is Hot Pastrami Sandwich Day.

Hot means warm, not spicy, as in layers and layers of heated pastrami, often (many say best) served on rye bread as well, and warmed rye bread at that.

Ask yourself when’s the last time you had a good pastrami sandwich, or had one period?

Sure, maybe purists would say that good pastrami sandwiches are only available at three or four delis on the entire planet (some will say that those delis are one of the few legitimate reasons for putting up with living in New York).  And some people will say that any pastrami is bad for you, period.

But ignore the kill-joys on both sides; a hot pastrami sandwich every once in a while is a delight for the mouth, and if you haven’t had one for a while, or have never tried one, today’s the day to set that right. 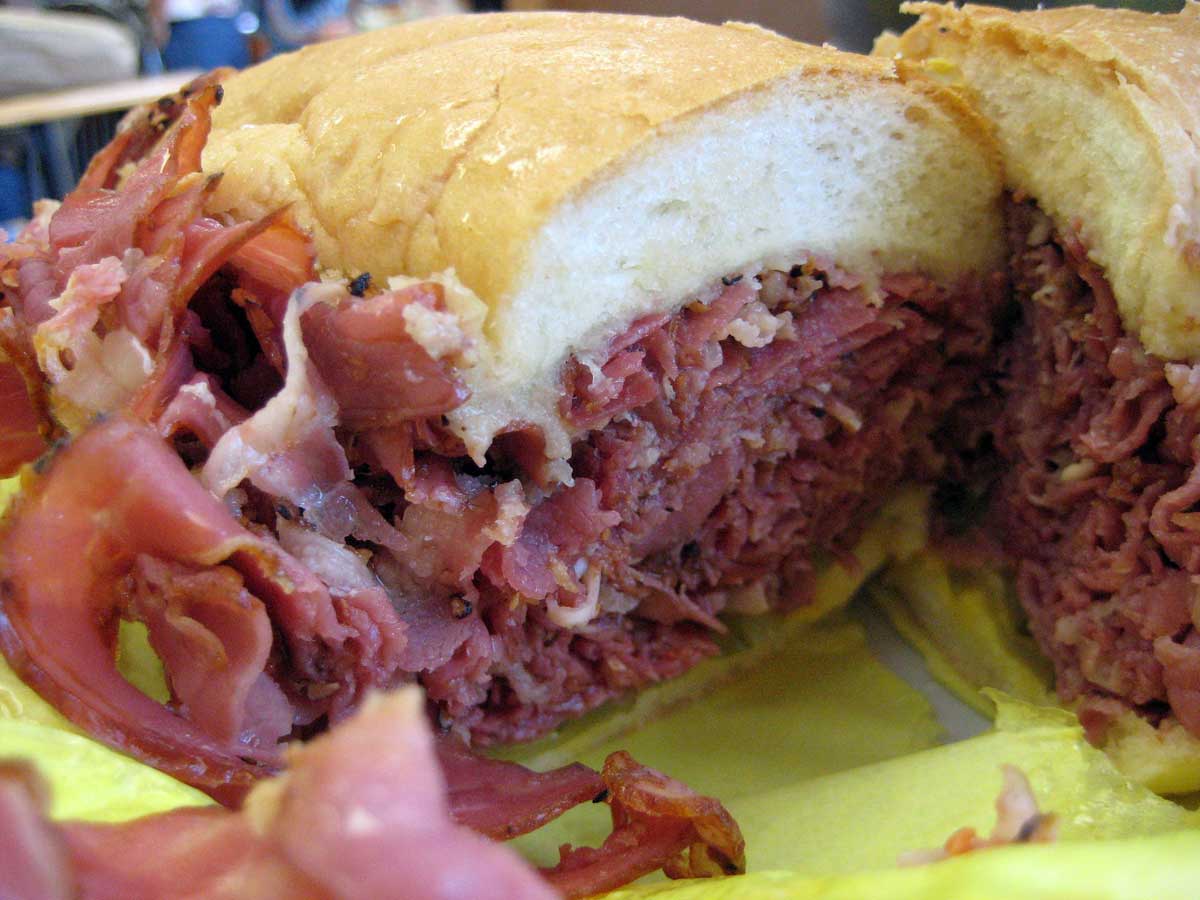