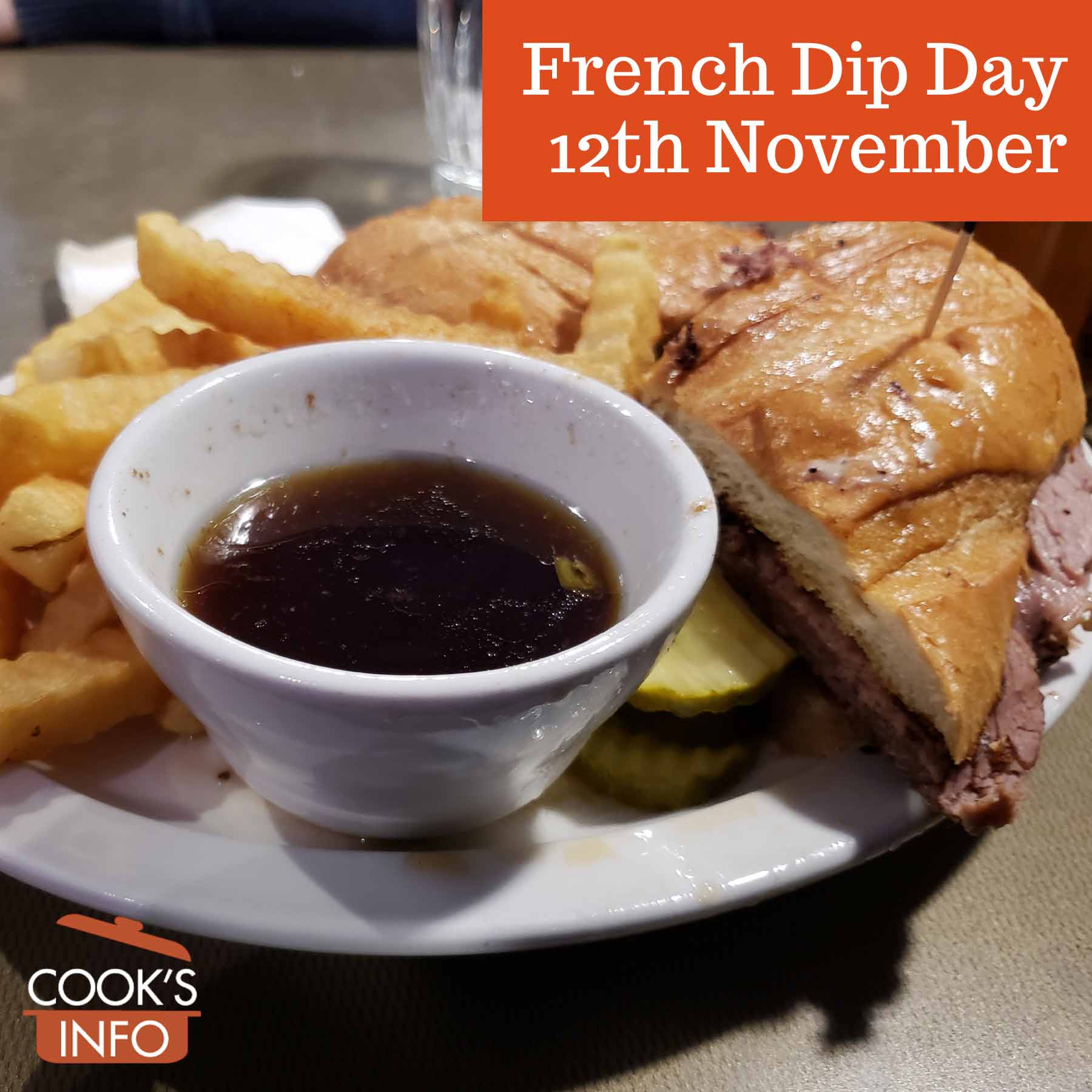 The 12th of November is French Dip Day.

It celebrates the juicy meat sandwiches served with a side of meat pan drippings to dip (okay, dunk) the sandwich in as you eat it.

It is a perfect warm sandwich for the chilly days of November, and the dipping gives the bread an intense flavour.

The first print mention that CooksInfo is aware of for a French Dip Day dates from 2008 and in fact, places the day in October.

In 2008, the Los Angeles Times said that French Dip Day was on the 8th of October, marking the anniversary of the opening of Philippe’s, one of the two places claiming to have originated the French dip sandwich:

Some years later, Cole’s restaurant, the other claimant, paid the National Day Calendar website to promote French Dip Day as being on the 12th of November, which was the date that they opened in 1908 (just a month later than Philippe’s). In this way, by gaining control of what people thought was the date, Cole’s may have sought to wrest the focus of the day away from their competitor, Philippe’s.

This web site generates income from affiliated links and ads at no cost to you to fund continued research · Information on this site is Copyright © 2022· Feel free to cite correctly, but copying whole pages for your website is content theft and will be DCMA'd.
Tagged With: Sandwiches