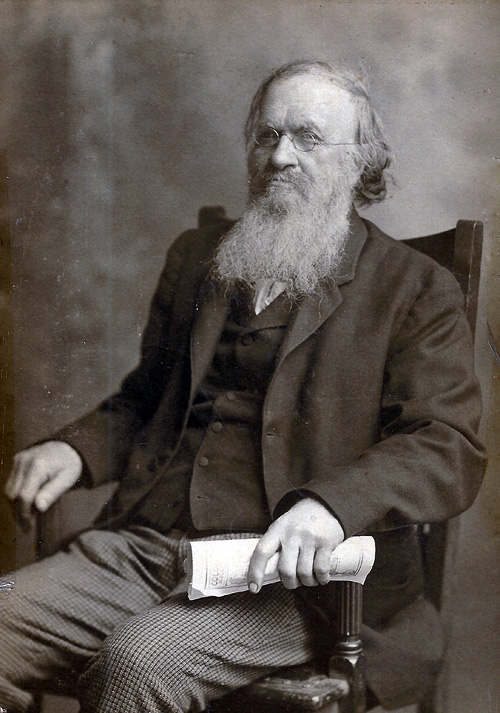 He ran an important seed catalogue business [1]Gregory Seed Company, later J.J.H. Gregory & Son. The business traded from 1855 until at least 1909, when it introduced the Blue Hubbard squash which helped introduce vegetables now considered heirloom stock such as the Hubbard Squash and the Burbank potato. He also wrote several books.

James was born in Marblehead, Massachusetts to James and Ruth (née Roundy) Howard.

As a child, he went to Marblehead Academy at 44 Pleasant Street in Marblehead, then went out of town to study first at Middlebury from 1846 to 1848, then finished his formal studies at Amherst College in Amherst, Massachusetts from 1848 to 1850.

James returned in 1850 to Marblehead, which by then was a town of 6,000 people. That year, his father advertised some winter squash seeds in the “New England Farmer” magazine. James helped his father package and post them.

While doing that in 1850, James taught at Marblehead Academy. Then, from 1851 to 1854, he was the principal of three different academies: Derby, Hingham and Lunenburg.

By 1854, James had decided to leave teaching and go into the seed business for himself. He started “Gregory Seed Business” in his home. In 1855 (approximately), he introduced seeds for a “new” squash — the Hubbard Squash. The enormous interest got his business off to a good start.

On 31 December 1863, he married his first wife, Eliza. The couple would have no children of their own, but adopted four.

By 1866, he was such a successful member of the town that “Gregory Street” along the harbour (previously named “Road to the Fish Fences” and “Sea Street”) was named in his honour.

In 1875, the later-famous botanist Luther Burbank, who also lived in Massachusetts at the time, sent Gregory a sample of a potato he had just developed. He offered the rights to it to Gregory for $500. Though Gregory counter-offered only $150, Burbank took the money in order to finance his move to California. Gregory did allow him, though, to keep 10 of the potatoes for further research work, and did name the potato after him — the Burbank Seedling Potato (later just the Burbank potato.)

Further events in his life

James was a philanthropist as well. In addition to funding artwork for local churches and schools, he donated the land for Marblehead’s Fountain Park (Bailey’s Headland, off Orne Street), funded the clock and bell for the town’s Abbot Hall (1877), and contributed to a new library being built in the town.

This web site generates income from affiliated links and ads at no cost to you to fund continued research · Information on this site is Copyright © 2022· Feel free to cite correctly, but copying whole pages for your website is content theft and will be DCMA'd.
Tagged With: American Food, James John Howard Gregory, Luther Burbank