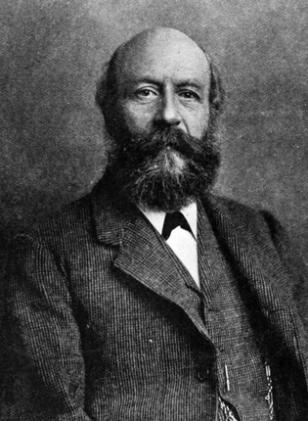 The start of the Cadbury dynasty

The Cadbury family dynasty was started in 1824 by John Cadbury (12 August 1801 – 11 May 1889), and strengthened by his sons George and Richard. A devout Quaker, John saw cocoa and chocolate as healthy alternatives to alcohol. He also led a campaign to prohibit the employment of boys as chimney sweeps, and formed the Animals Friend Society, the predecessor to the Royal Society for the Prevention of Cruelty to Animals. The same Quaker motivation in his descendants led to the foundation of Bournville Village in the late 1800s for both Cadbury’s factory and its workers, and in turn inspired his American competitor, Milton S. Hershey, to do the same. [1]

[1] Around the same time, William Hesketh Lever established in Merseyside, England, the model village of Port Sunlight, named after his leading soap brand.

[2] Another of George’s children was Sir Egbert Cadbury, who later became a managing director of Cadbury’s; one of Edgert’s boys, Peter Egbert Cadbury (born 6 February 1918 — 13 April 2006), was a colourful character who shared offices with Margaret Thatcher when they were both young lawyers, kept a crossbow in his house to shoot burglars, and founded Westward Television in the UK.

[3] Cadbury’s sourced its cocoa beans from the west coast of Africa, chiefly the islands of São Tomé and Principé, which were Portuguese territory. Parts of the British Foreign Office had known that Portugal was still capturing people from Angola, and forcing them into slave labour on the cocoa plantations on the islands, but the Foreign Office dithered about how to deal with it without affecting various agreements with Portugal. William Cadbury reputedly first heard of the slavery in 1901. As the rumours became more widespread, Cadbury’s tried to see whether they were true or not by going through the Foreign Office, where he was reputedly assured that they were pressuring Portugal to institute reforms, which were underway already. Consequently, Cadbury’s inquired no further, not even when Harper’s Magazine ran an article in 1905 exposing the ongoing practice of slavery under the Portuguese.

It wasn’t just Cadbury that the cocoa beans were being sold to, though. It was everybody: Fry’s, Rowntree, even German chocolate makers. What made Cadbury special, though, was politics: George was a Liberal party member and had been a big supporter of Liberal Prime Minister William Gladstone. The Liberal newspaper that Cadbury’s owned, the Daily News, had been hammering the Conservative government of the day since 1904 for turning a blind eye to exploitive labour of Chinese workers in South Africa. The Conservative newspapers had spotted their chance to return the favour.

Cadbury found itself ripped to shreds in all the Conservative newspapers, with the London Evening Standard firing the first salvo in an evening edition editorial on 26 September 1908:

….”Such being the case, we can only express our respectful surprise that Mr. Cadbury’s voyage of discovery has been deferred so long. One might have supposed that Messrs. Cadbury would themselves have long ago ascertained the condition and circumstances of those labourers on the West Coast of Africa and the islands adjacent who provide them with raw material. That precaution does not seem to have been taken….. And the worst of all this slavery and slave-driving and slave-dealing is brought about by the necessity of providing a sufficient number of hands to grow and pick cocoa on the islands of Principe and Sao Thome [Ed. Portuguese-held islands off the coast of West Africa], the islands which feed the mills and presses of Bournville! Such is the terrible indictment, made, as we have said, by a writer of high character and reputation on the evidence of his own eyesight. There is only one thing more amazing than his statements: and that is the strange tranquillity with which they were received by those virtuous people in England whom they intimately concerned.” [London Evening Standard, 26 September 1908. Reprinted in Lowell J. Satre, Chocolate on Trial: Slavery, Politics & the Ethics of Business (Athens, OH: Ohio University Press, 2005), 227-229.]

At the end of 1908, William A. Cadbury finally travelled to São Tomé and Principé to actually see what was happening. Then, while he was south, at the start of 1909, William travelled on to Odumasi, Ghana, found the cocoa there to be safer to buy politically while still of good quality, and switched their purchasing to Ghana in 1910. Cadbury would later gift a Cadbury Hall for education at Kumasi, and a Fellowship for West African Studies at the University of Birmingham.

Nonetheless, Cadbury’s sued for libel in 1909. Lawyers in the libel case, such as Lord Carson, scoffed at the notion that Cadbury’s could have had any doubt what the situation was in Africa already. They showed the court evidence that Cadbury’s had been offered a cocoa plantation for sale on one of the islands, and if they wished, the offer would also include “200 black labourers, for £3,555.” On 7 December 1909, a judge in Birmingham awarded Cadbury’s a token one farthing in damages.

[4] “Wedgewood was saved from bankruptcy by unexpected but crucial business from Cadbury’s. The company noted for its delicate Jasper ware received an order for earthenware beakers and saucers which could be exchanged for labels from Bourn-vita drinking chocolate.” [Lynn Knight. Clarice Cliff. London: Bloomsbury. 2005. Page 170.] In 1934, a matching plate, jug and sugar basin were added to the offer. The offer was repeated by Cadbury’s in the 1950s, but the tableware then was plastic.

[5] Alcohol came to be served, though, in the Cadbury social club for staff. cf: Robinson, James. Bournville: the town that chocolate built. Manchester: The Guardian. 23 January 2010. P. 33.

“Not long ago the English cocoa firms — Messrs. Cadbury, Messrs. Fry and Messrs. Rowntree — and the firm of Messrs. Stollwerck, of Cologne, sent at their own expense a special commissioner to inquire into all the circumstances of the case. The report of this commission, Mr Burtt, has recently been published by them — a fact which shows that they have not the slightest desire to shirk their responsibilities, but, instead, are the first to recognize them. “If this is not slavery, I know of no word in the English language which correctly characterizes it.” This is Mr. Burtt’s conclusion. But the cocoa firms in question were not content simply with this report. At present Mr. William Cadbury is in Portuguese West Africa negotiating with the planters and the Government in order to put an end to slavery and to induce the planters to grown their cocoa under conditions of free labor…The leading British cocoa firms, as we have shown, are awake, or are awakening, to their responsibilities. It remains for the British public, and we trust also for the public of the United States, to play their part. They must not let the whole brunt of the battle fall upon the manufacturers. They must let it be know that if needs be they will stand loyally by any and every firm which refuses to use slave-grown cocoa.” — Quote from the London Spectator. In Manitoba Morning Free Press. Winnipeg, Manitoba. 26 December 1908. Page 4.

“Outside the city of Birmingham is Bournville [sic], a model village maintained by George Cadbury, the famous English Quaker, the owner of the London Daily News. From that great newspaper all betting news and liquor advertisements have been eliminated. It is the cleanest paper in that respect among all the dailies of Great Britain. In this village of Bournville, the people who work, thousands of them, take their turn to come into a large public hall several mornings in the week, where they have a short praise and prayer service before they go to their work. There is a spirit of goodwill and kindliness and brotherhood in the institution. There is a fine cricket ground for the men; gymnasium for the women; recreation grounds for all. Back of the houses are gardens for fruit and vegetables. It is a sweet, wholesome life of labor, redeemed from the grime of a great city and the drudgery of toil without any of the beauty of life. It is a bit of the Kingdom put into the manual labor of men and it sweetens the lives of thousands of people as they waken in the morning and anticipate the day’s work. …” — Sheldon, Charles M. Rev. The Rule of the Kingdom. Fort Wayne, Indiana: The Fort Wayne Sentinel. 18 July 1908. Page 15.

“Damages of One Farthing For Libel: Birmingham, Dec. 7. Damages of one farthing were granted the heirs of the late Richard Cadbury, the millionaire chocolate manufacturer, in their suit for libel against the London Standard. The litigation grew out of charges relative to the use of alleged slave grown cocoa, from the Island of St. Thomas, a possession of Portugal off the west coast of Africa.” — The Evening Observer. Dunkirk, New York. Tuesday, 7 December 1909. Page 9.

“London, July 23.—During the last week or two a number of identical articles have appeared in a couple of London papers which are controlled by the great cocoa firm of Cadbury, stating that a dynastic crisis was imminent in Portugal and that the boy King Manuel was about to abdicate in favor of his uncle, the duke of Oporto….I am in a position to state that there isn’t a word of truth in these statements…..It is interesting to note that both the papers which printed these veiled attacks on the Portuguese monarchy are controlled by a business firm which had a good deal of trouble not long ago with the Portuguese government, over its use of cocoa grown by slaves in Portuguese territory. It was compelled by public opinion to cease the use of this raw material and then tried to throw all the blame on the Portuguese government, which asserted that it was doing all it could to put an end to the system of servile labor, but was hampered by capitalists in close touch with the English cocoa firm.” — [Author unattributed]. Atlanta, Georgia: The Constitution. Sunday, 24 July 1910. Page 6.

“There is probably no man who is more passionately devoted to cycling that Mr. George Cadbury, the head of the famous Bournville cocoa firm of that name. He himself cycles every day from his home to the works, a distance of a mile and a half, and back again in the evening. Every Sunday morning he rises at six o’clock and cycles into Birmingham, five miles away, to conduct an eight o’clock Sunday morning class for men and youths. Nothing is allowed to interfere with attendance at this class for men and youths, and even in the depth of winter Mr. Cadbury is punctually at his post. Mr. Cadbury is proud of his class, and every member is proud of Mr. Cadbury.” — Column: Personal Gossip that Amuses, Readers of the London Press. Oakland, California. The Oakland Tribune. Wednesday, 16 February 1910. Evening edition. Page 6.

Every Christmas, Cadbury’s makes a special order of chocolate bars for the Queen from a special recipe using a specially reserved machine. The chocolate is wrapped in gold foil covered with a red paper wrap, and labelled “Superior Culinary Plain Chocolate”. It is a dark chocolate containing a high proportion of cocoa solids, but beyond that, Cadbury will not discuss the recipe.

“Bournville” is frequently misspelled as “Bourneville”, with an “e” in the middle.

Beattie, Jason. No More Chips off the Old Block; the Absence of a Cadbury Doesn’t Mean the Firm Is Flakey. Birmingham, England: The Birmingham Post. 17 February 17, 2000.