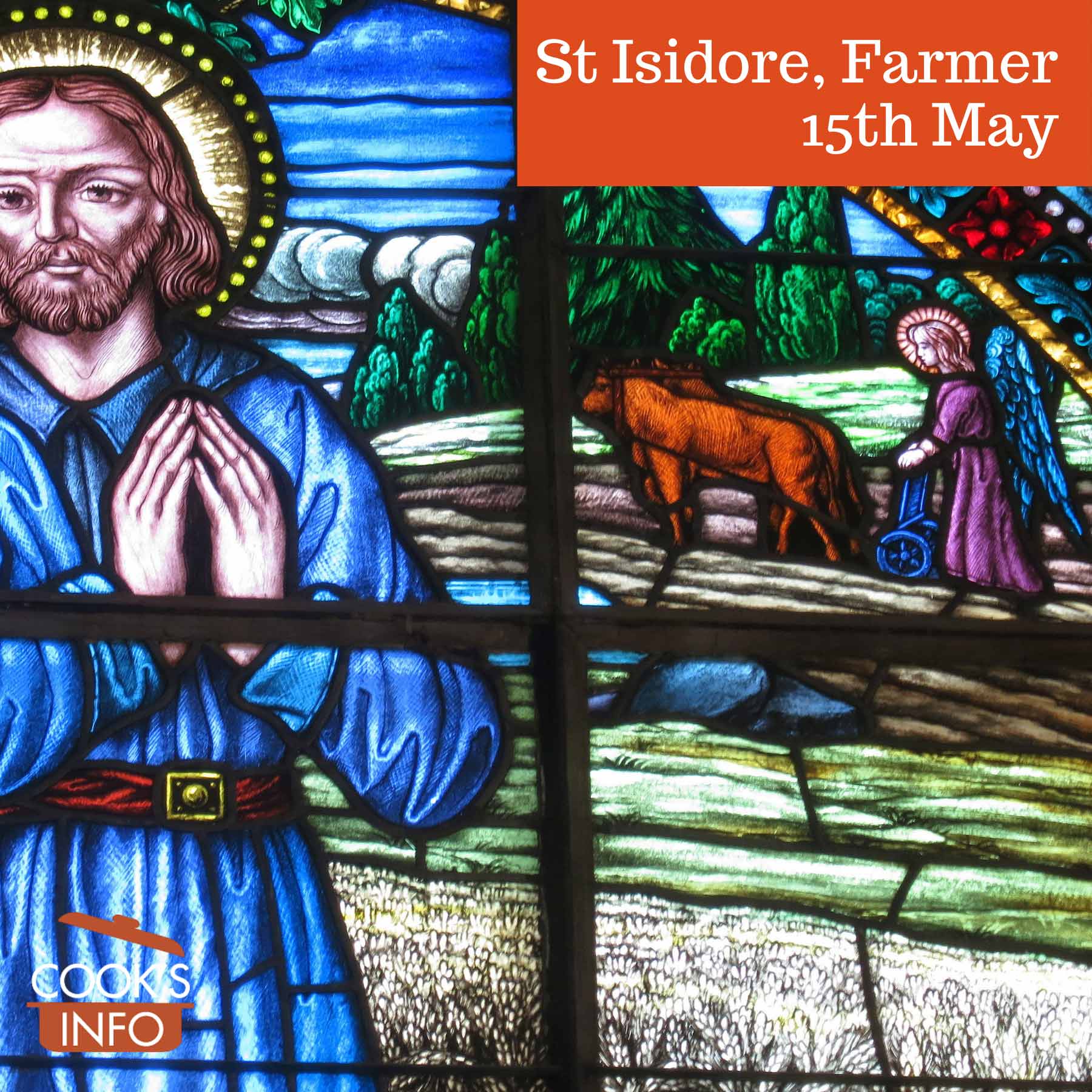 The 15th of May is Saint Isidore’s day.

On this day, many towns in Spain hold processions in his name to bless the fields for the coming growing season.

He lived in Spain, near Madrid.

Isidore worked as a hired farmhand.

Legends say that angels would help him plow, enabling him to do the work of several men, or would do the plowing for him while he was praying.

On another occasion, while carrying a sack of wheat to the mill to be ground, he gave some of the wheat to some hungry pigeons he came across but when he arrived at the mill, the bag was still full. He was also able on another occasion to miraculously come up with food to feed poor people.

He is depicted holding a sickle or a staff, and sometimes also with a white ox or an angel near him.

Isidore was married; they had a son who died. He and his wife, Maria, are now buried in the San Isidro Church, Madrid.

This web site generates income from affiliated links and ads at no cost to you to fund continued research · Information on this site is Copyright © 2022· Feel free to cite correctly, but copying whole pages for your website is content theft and will be DCMA'd.
Tagged With: Saints, Spanish Food