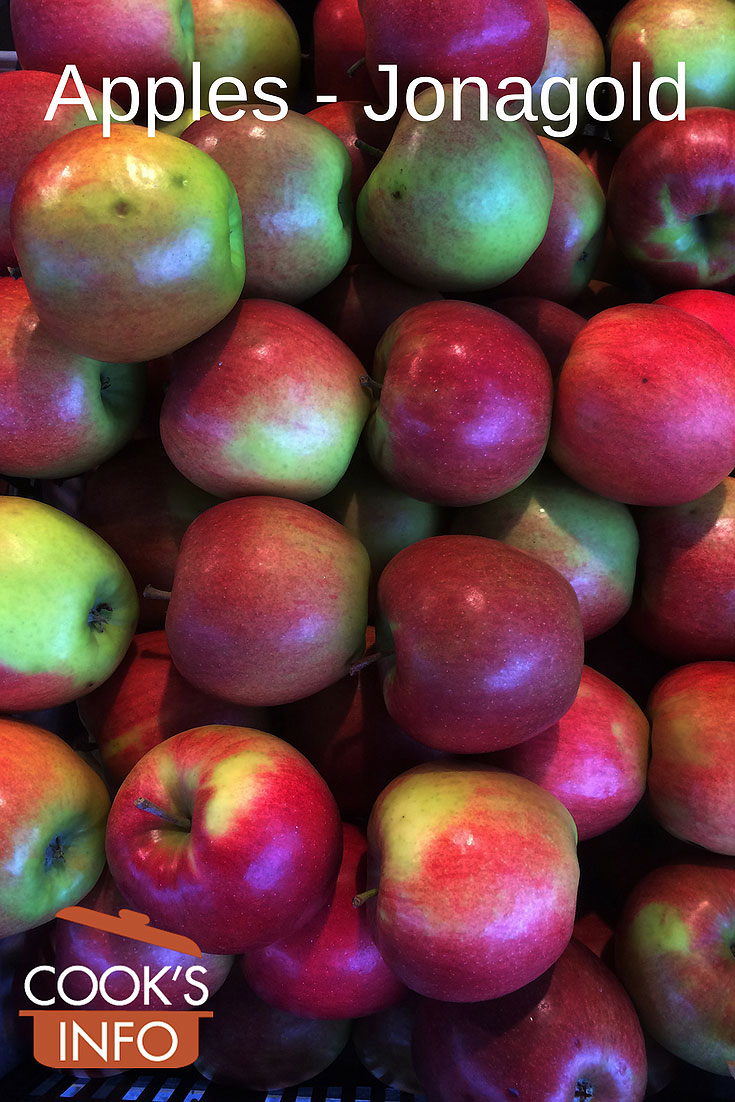 Jonagold apples have tender skin. The skin has a yellow background with red blush or stripes.

Inside, these large apples have crisp, juicy, yellow-coloured flesh. The taste is tart and sweet.

The tree is able to grow where there are hard winters. It is cultivated in North America, New Zealand, Australia and somewhat in the UK.

Good as a fresh-eating apple or for cooking.

Developed at Cornell Experimental Station in Geneva, New York state starting in 1943 from a cross between Jonathan apples and Golden Delicious. Named in 1968; introduced in North America and the United Kingdom in the same year. 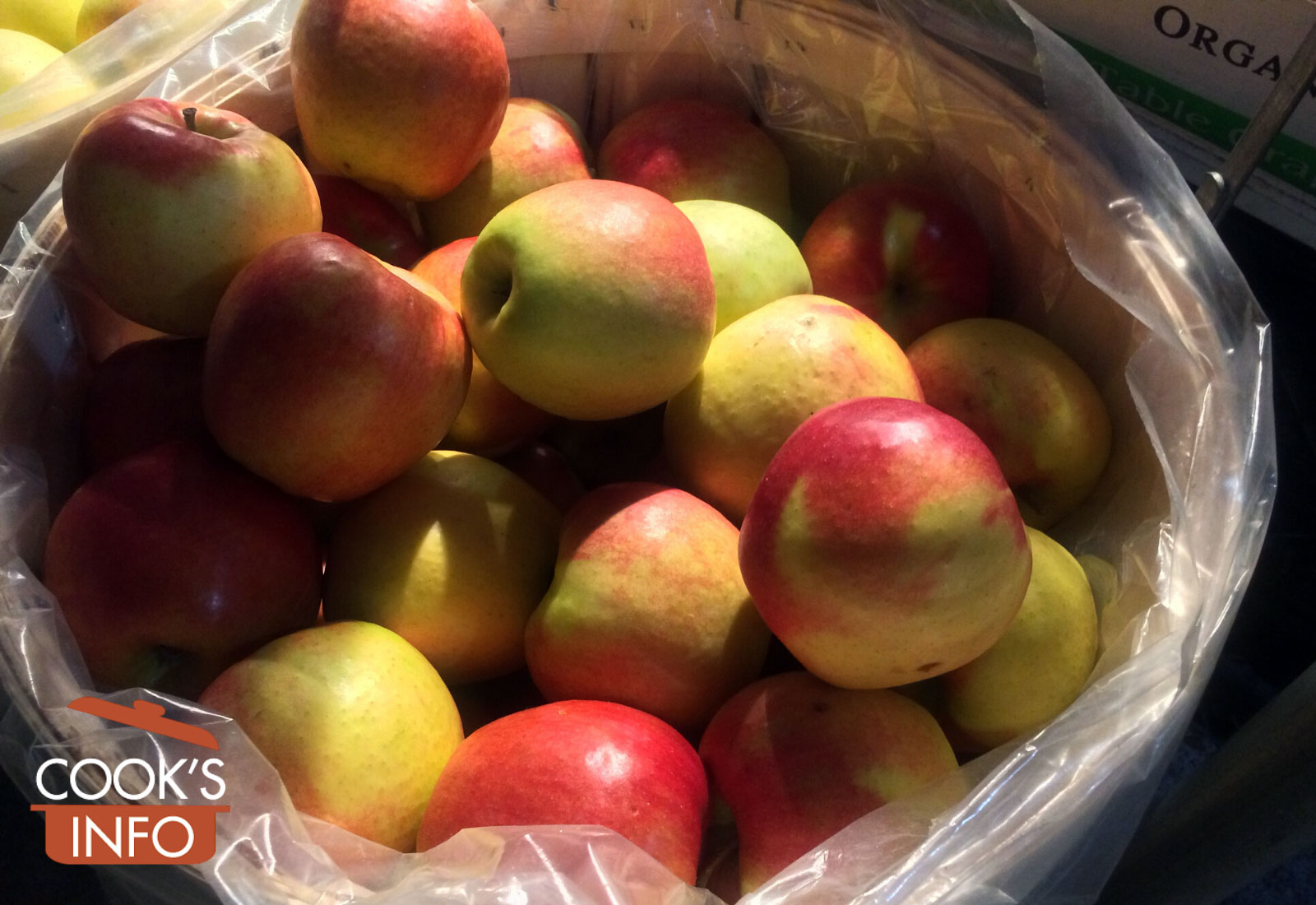