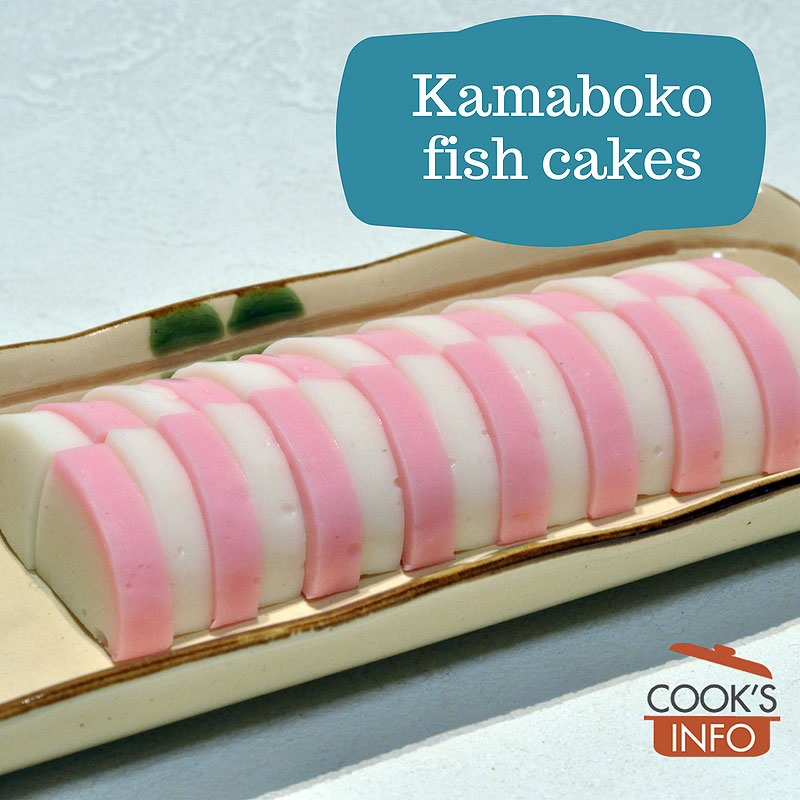 Kamaboko is a Japanese fish cake with a mild taste. The texture is firm, yet soft and rubbery.

The fish cakes are made from a minced white fish paste called a “surimi” or “kane”, thickened and bound with a starch. They are seasoned with sugar, salt, and MSG.

The fish used will vary by manufacturer and by particular product.

The fish mixture is formed into shapes then cooked by steam, which also pasteurizes them.

They are sold already cooked.

The standard shape is a sausage (stick) or a loaf shape. The loaf shape has its outside edge tinted red. Other shapes include seafood shapes, such as scallops, shrimp, and crab legs. Some are dyed decorative colours. Some are meant to be served in slices to reveal a decorative spiral inside.

Kamaboko can be served room temperature or chilled with dipping sauces. 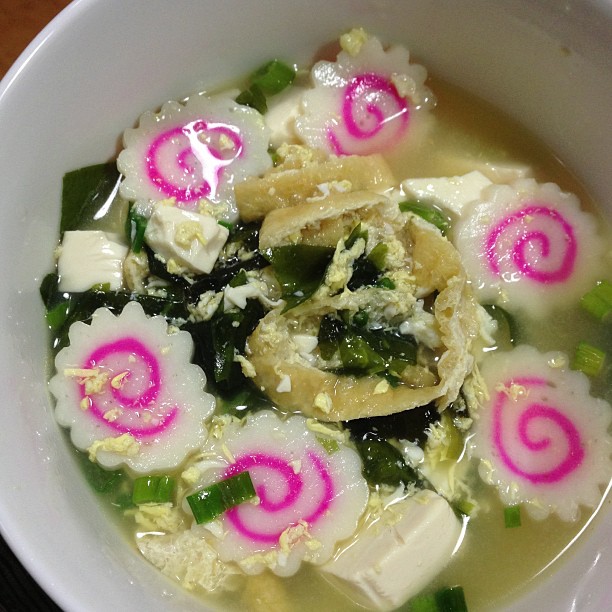 Other ways to use kamaboko:

Kamaboko is also eaten in Korea. It is sold as a street food, put on a skewer, and simmered in broth.

Kamaboko can be bought frozen in areas where the demand for it isn’t high.

Some specific kinds of kamaboko have specific names:

In the fish and seafood trade, in Japan at least, kamaboko products will be referred to as seafood. 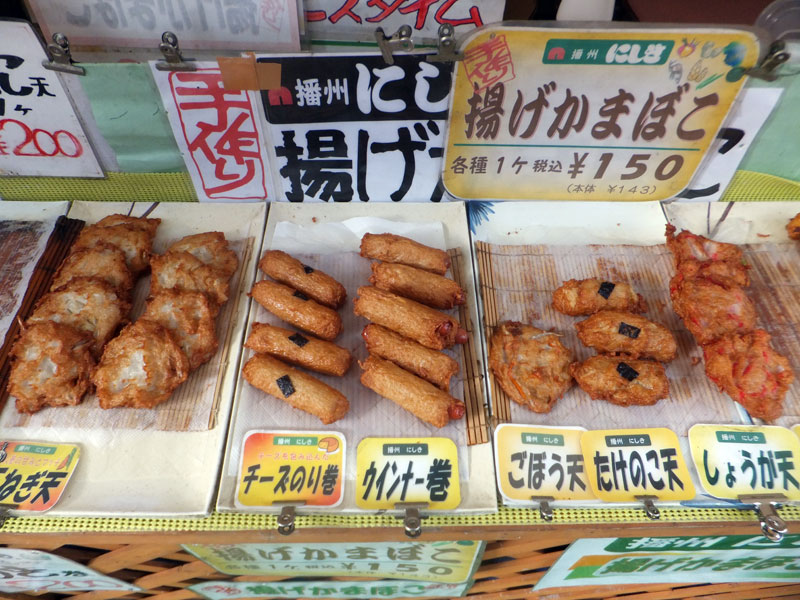 Fried kamaboko fish cakes will be golden brown and crispy on the outside.

They are given different names in different parts of Japan. The fish paste the cakes are formed from may also be mixed with various other ingredients prior to frying, either for taste, or to aid in surface browning.

“Tempura is one of the local names given to deep-fried kamaboko in Osaka. In the Kanto area, including Tokyo, deep-fried kamaboko is referred to as Satstuma-age, and in Kogoshima it is known as tsuke-age. There are deep-fried kamaboko named gobou-age or yasai-age, which incorporate burdock root or other vegetables as auxiliary materials. Boiled squid is also used as an additional material. Reduced sugar, including glucose, is usually added to surimi paste to brown the surface during deep frying. Some products, described as hakuten, are made from surimi paste without reducing sugars and fried at a lower temperature to prevent browning.” [1]Park, Jae W., Ed. Surimi and Surimi Seafood. Boca Raton, Florida: CRC Press. 3rd edition. 2014. Page 278.

Deep-fried kamaboko can be used as an ingredient in stir-frying, in simmered dishes such as oden, or, just be eaten out of hand as a snack. 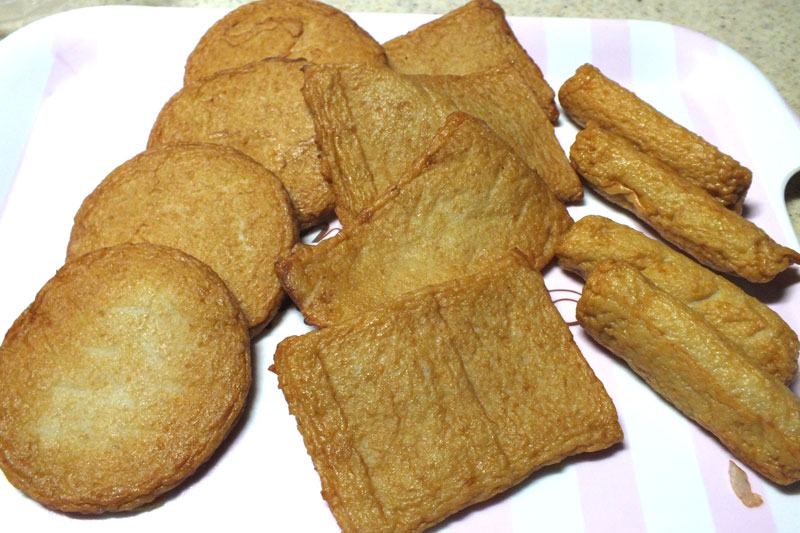 The book “Surimi and Surimi Seafood” points out that fried kamaboko is not as unhealthy as one might think at first blush:

“…unlike other fried foods (fried fish, fried chicken, or French fries), which are known to have 10 to 20% fat content, fried surimi seafood contains 1 to 3% fat. Fried surimi seafood can, therefore, be considered a healthy fried food product with a great taste.” [2]Surimi and Surimi Seafood. Ibid.

There is a website for the National Kamaboko Federation.

When using in cooking, add kamaboko in the final stages, as it is already cooked — it just needs to be heated through.

The use of pollack as a predominant fish material dates from only the 1950s, when technical hurdles were overcome:

“In 1954, Mr. Toshizosuke Nishitani, a technician at the Hokkaido Fisheries Experiment Station, succeeded in developing Alaska pollack frozen surimi [Ed: the paste used to form kamaboko] technology…..Frozen Alaska pollack was not initially thought to be a good raw material for kamaboko. It is because freshness declines quickly and protein denaturation by freezing can not be avoided. Mr. Nishitani and the group succeeded in covering its drawbacks by adding sugar and polymerized phosphate…..” [3]The history of manufacturing kamaboko. National Kamaboko Federation. Accessed August 2018 at http://www.zenkama.com/deki/manufacturing/

The fish mixture used to be moulded onto a stick of bamboo then cooked.

Prepared this way, it resembled a cattail, which is “gamanoho” in Japanese; the name “kamaboko” evolved from that. 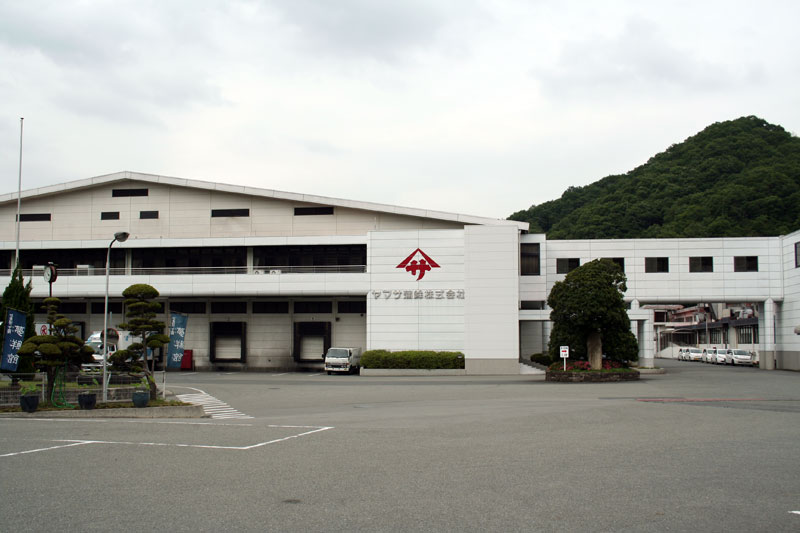 This web site generates income from affiliated links and ads at no cost to you to fund continued research · Information on this site is Copyright © 2021· Feel free to cite correctly, but copying whole pages for your website is content theft and will be DCMA'd.
Tagged With: Japanese Food