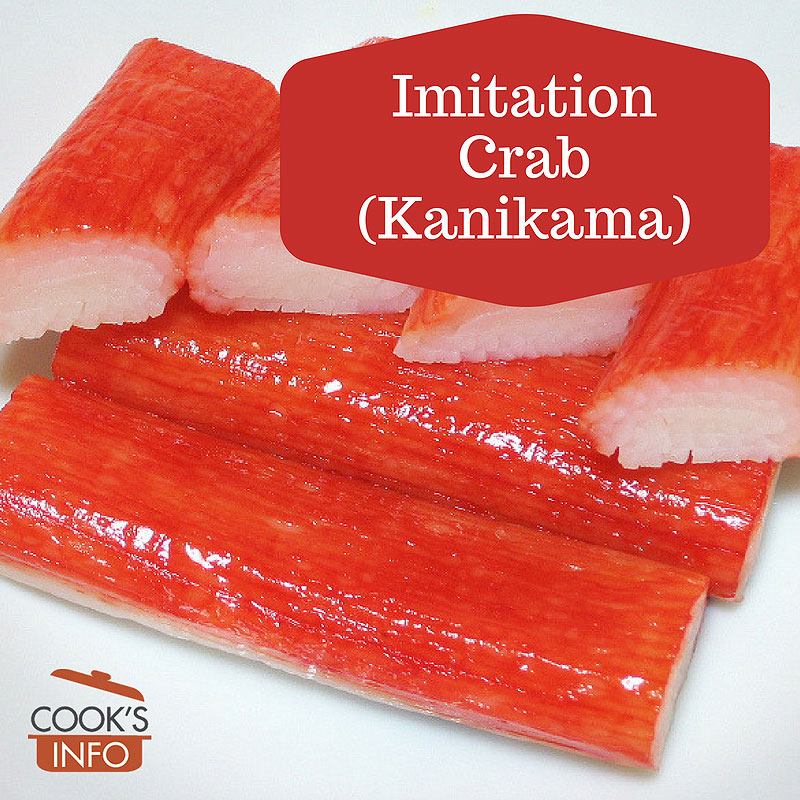 Kanikama is artificially-flavoured crab pieces made from a paste of minced white fish. The fishes used are inexpensive ones such as pollock, bream, whiting, etc.

It is classed as one form of “kamaboko“, which are fish cakes popular in Japan.

The fish mixture is formed into shapes. The shape is often what manufacturers term “crab leg style”, which in practice is just “sticks” or “sausages.”

The outside edges will be tinted red to resemble crab. “The brilliant red color itself comes from carmine — a bright red pigment produced from scale insects to form a food dye, and mixed with paprika.” [1]Crago, Sarah. Crab sticks: imitating the genuine article since 1974. Japan Times. 17 February 2017.

The pieces are then cooked by steam, which also pasteurizes them.

Kanikama can be served room temperature or chilled with dipping sauces, or used in sushi.

One of its most popular uses is as the “crab” in California sushi rolls.

Many people say the taste is best if you do not attempt to further cook the product, but despite that it can still actually be used as an ingredient in cooked dishes. However, if you are adding it to a cooked dish, do so in the final stages of cooking just to barely warm it. 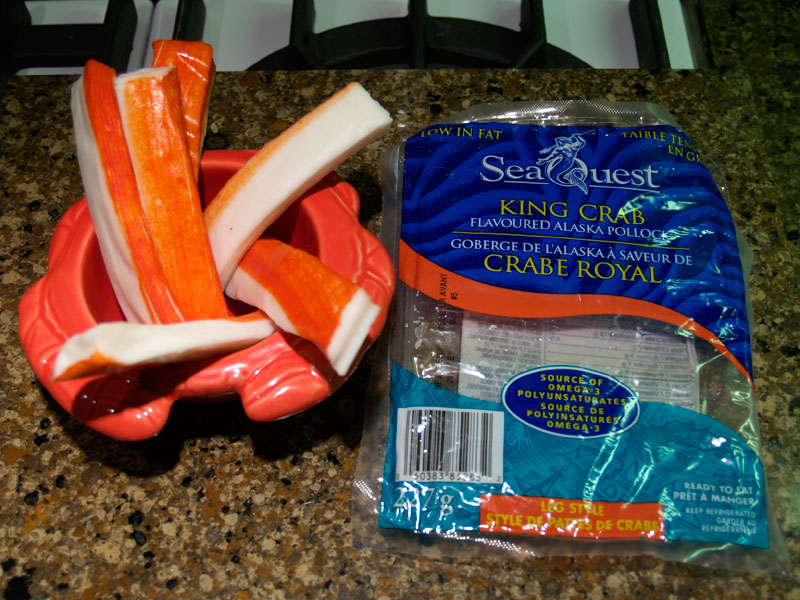 As the paste often includes wheat starch, the crab sticks will not be gluten-free, if that matters to you.

“Wheat starch is also used, meaning they are not gluten free… crab sticks are quite low in fat but high in sodium and contain far less protein than a real piece of fish or crab.” [3]Crago, Sarah. Crab sticks

To heat or not to heat kanikama

Given that many other “fully cooked” meats these days (such as wieners, hams, etc) want you to reheat to a certain temperature to kill any nasties that may have contaminated the product during packaging, it’s natural to wonder just how safe kanimaka is to eat straight out of the package. Especially given all the food scares common with processed foods these days.

As of 2018, CooksInfo has not been able to find from any reputable source any mention of food scares involving kanikama, nor any precautionary heating advice. Ocean Blue, a distributor of Marusei and Osaki brands of kanikama, say on their kanikama page, “Cured and ready to eat straight out of the package…” [4]Kanikama (Imitation Crab Sticks). Ocean Blue web site. Accessed August 2018 at https://oceanblue.us/kani-kama-imitation-crab-sticks

Fans say that heating it too much destroys the taste and texture.

Kanikama can be frozen with no impact on taste or texture. In fact, kanikama products are expressly designed that way, and the fish either chosen or treated so that freezing won’t impact the product. If you bought it in sealed bags, you can chuck the sealed bags straight into your home freezer (making note somehow of the date it was purchased and frozen.)

Kanikama was invented in 1974 at a factory that was already making plain fish-cake products:

Invented in Japan in 1974, this highly processed food actually contains no crab meat whatsoever. Osaki Suisan Co. in Kusatsu, a seaside town near the city of Hiroshima, had been manufacturing kamaboko products since 1928, and it was Katsuichi Osaki, the son of the company’s founder, who first developed the crab stick, known in Japanese as kanikama.

Osaki thought that by adding red coloring to his kamaboko and cutting it into strips, the result would look like real crab legs. “We can provide consumers a kamaboko that tastes substantially the same as expensive crab meat at a low price,” were his thoughts, according to the firm’s website.

It’s perhaps not surprising that the actual fish meat in a crab stick makes up less than 50 percent of the product. The ingredients that make up the remaining half are those which give the product its glutinous texture, crab leg-like shape, red hue and crab-like flavor.” [5]Crago, Sarah. Crab sticks

The Ichimasa Kamaboko company says improvements in quality have happened over the years since:

“So-called Kani-kama has been introduced since middle 1970s. Even though the appearance was just like a crab, the product which had been first introduced in the market was nothing but a Kamaboko added with just coloring and flavoring agents. In the 1980s, “minced type” product has been launched on the market first and followed by “fibriform type” one with flavor and texture that can be mistaken as a true crab.” [6]Ichimasa Kamaboko. Appearance of crab-flavored Kamaboko; Asking significance of technological innovation on it! Accessed August 2018 at https://www.ichimasa.co.jp/global/en/foods_kanifumi.htm

Production in Japan hit its peak in 1986, with much of it destined for export to the United States. But since that time, the US has become the world’s largest manufacturer of kanikama, and even exports it to Japan now:

“[Production of kanikama] had reached 70,000 ton level in 1984 and record high 73,000 tons in 1986, but the growth rate has declined since then. That’s because manufacturing of the product was started in the U.S. that was a main importing country of it and the product volume has increased year by year as well… Considering the fact that domestic demand has hit the ceiling and that it is difficult to keep profitability in export to the U.S., future outlook indicates slight decrease in domestic production volume and inevitable shift in destinations of export to areas other than the U.S., in particular to Europe.” [7]Ichimasa Kamaboko. Appearance of crab-flavored Kamaboko

In Canada, as in many countries, food laws state that kanikama can’t be sold or labelled as crab meat. It can, though, be labelled as “crab flavoured.” 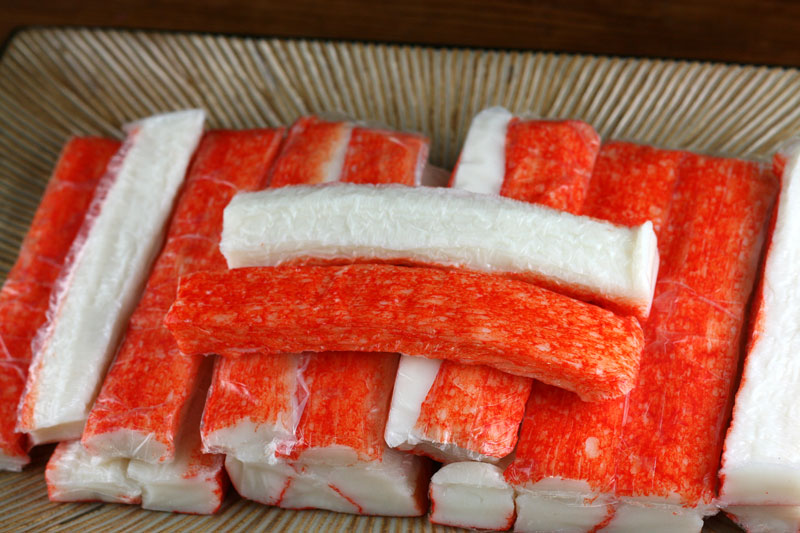 This web site generates income from affiliated links and ads at no cost to you to fund continued research · Information on this site is Copyright © 2023· Feel free to cite correctly, but copying whole pages for your website is content theft and will be DCMA'd.
Tagged With: Japanese Food