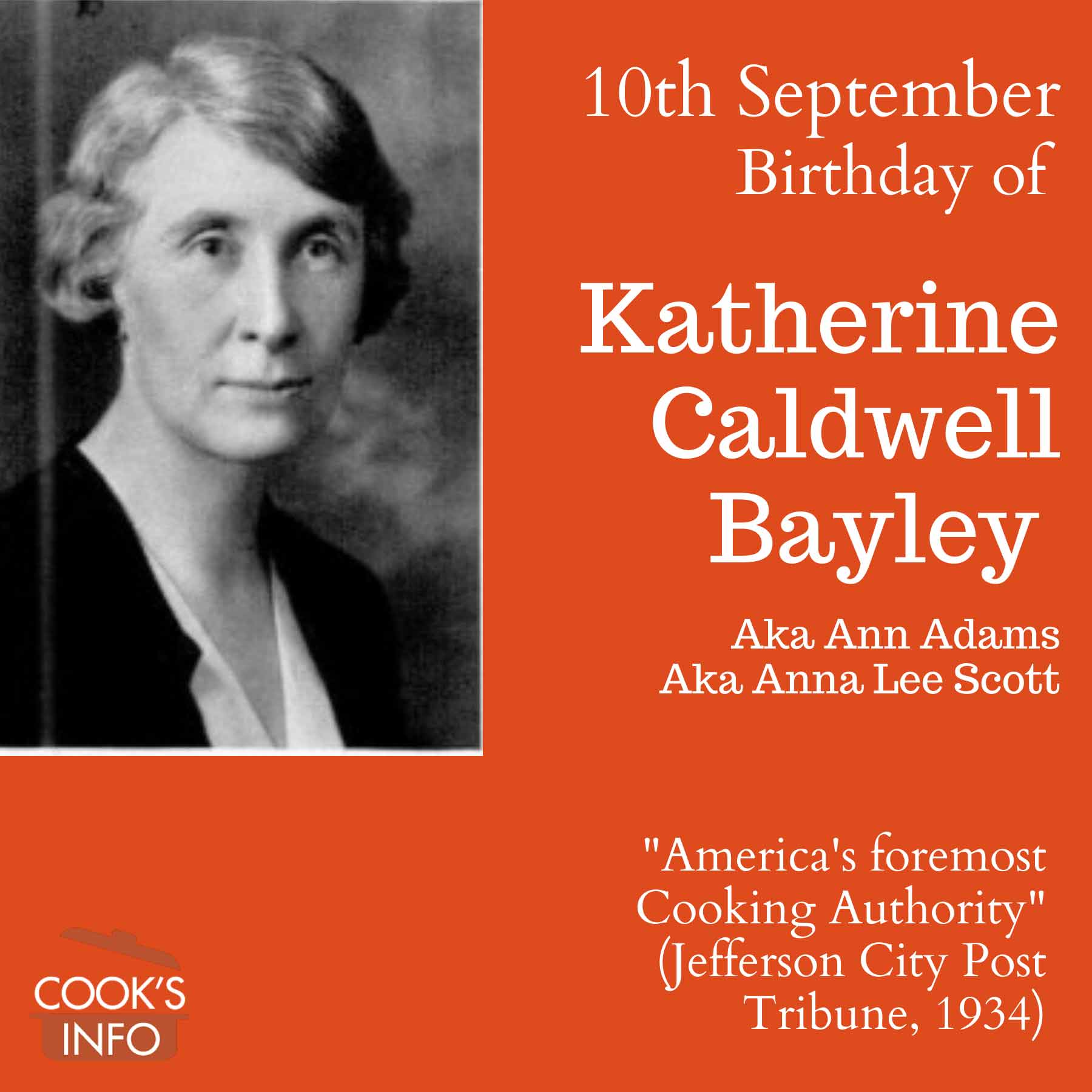 Katherine Caldwell Bayley in The Anchora of Delta Gamma. January 1932.

The 10th of September is the birthday of Katherine Caldwell Bayley.

The role that 20th century home economists played in developing food science, nutrition and safety, and in transferring this knowledge out to the population, is now largely ignored, if not outright dismissed, and it’s hard not to wonder at times if it is partly because they were just women. Some even go so far now as to cheapen their work by tarring them with the over-reaching brush of “colonializing agents”.

Remembering the lives of home economists such as Katherine Caldwell Bayley is a chance to once again appreciate the tremendous knowledge, energy and zeal these women had for being change agents, and the stamina they showed as they tried to keep up with the rapidly evolving times and information.

Bayley was a university educated home economist and journalist, who went on to become one of North America’s leading consumer-facing home economists.

In the 1930s, she was one of the very first to teach cooking and domestic science over the radio, through the “The Ann Adam Cooking School of the Air” as well as through the newspapers via the “Complete Cookery Art Course”, which ran for 24 weeks and awarded diplomas to students after they submitted and passed an exam.

Learn about her life and work here: Katherine Caldwell Bayley.

A wartime recipe by Bayley showing how to stretch meat by using the gravy from it for a separate, filling dish 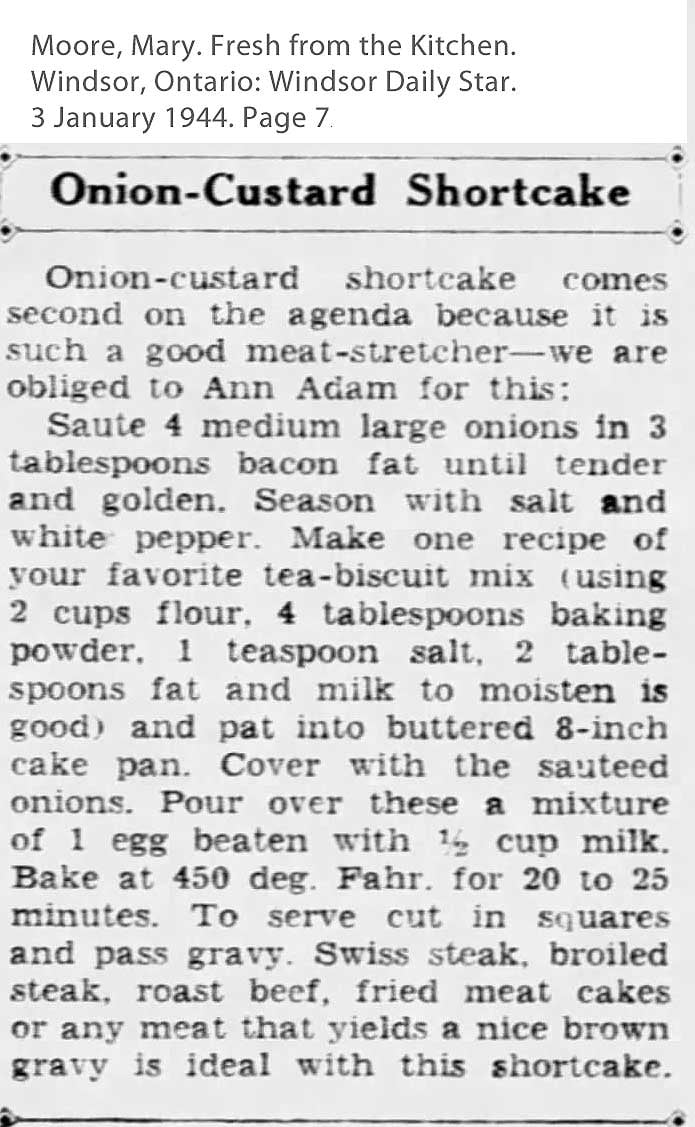