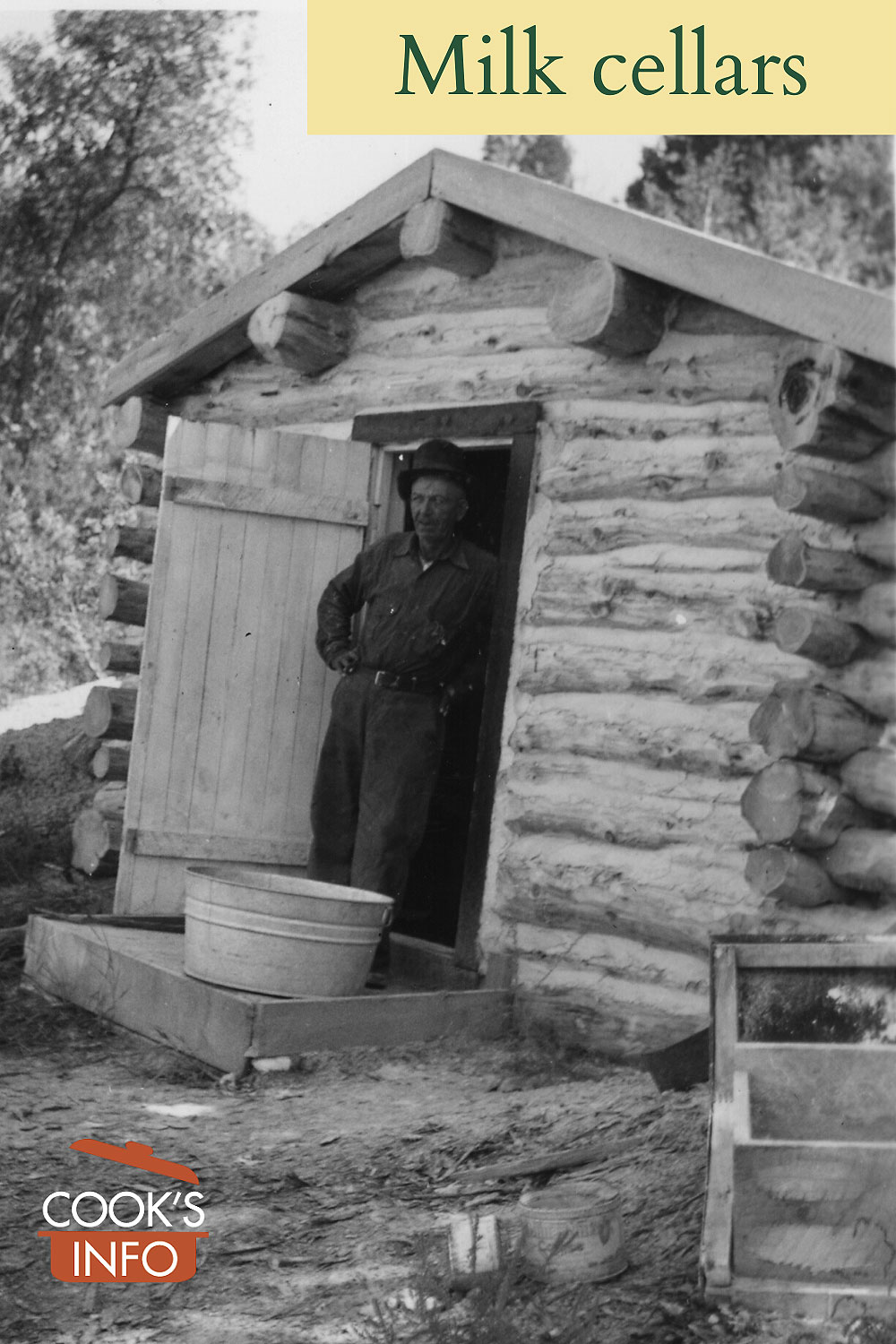 A milk cellar was a cool cellar dedicated to storing dairy products. Ideally, the temperature of a milk cellar would be around 14 C (58 F).

Some were made with dome-shaped roofs rising out of the ground; some would have a room constructed for living space on top. Others were more than just simple cellars. They were designed to have cool water drawn up from underground by a wind mill. How big the milk cellar was would depend on how much milk the farm produced and needed to store.

A milk cellar was always different from a root cellar — you wouldn’t want the smell of your turnips, onions or apples passing into your milk. Really prosperous farms would have a milk cellar, a root cellar and sometimes even a separate apple cellar. As government laws started to come into effect governing milk that farmers sold to dairies, laws often required a place separate from the barn, such as a milk cellar, where the milk handling was conducted. It also gave you a place, separate from the dust and muck of the barn, to handle your milk.

In the milk cellar, you’d also make your various dairy products. To separate out cream, you’d pour out a pan of milk, and set it out in the milk cellar overnight or for a day, to keep it cool while allowing the cream time to rise to the top.

In a milk cellar you would also find shelving, pans for leaving milk out to separate into milk and cream, cheese presses, and jars of butter. During the summer, you could store butter, though for long storage, the butter still needed to be salted. A milk cellar allowed salted butter to be stored until it was more scarce in the fall and winter, at which time it could be sold for a better price.

The cellar could also be used as a “fridge” to store leftover food if it wasn’t strong smelling. Canned goods (i.e. food stuffs preserved in glass bottles) could be stored in the milk cellar to improve storage life, as no smell would escape from the bottles, and it was a cool, dark place, ideal for storing home canning.

Milk cellars were mostly found in Northern Europe, Canada, and the northern parts of the United States. In warmer climates, even a milk cellar didn’t get cool enough to do the trick, and so people just didn’t bother trying to store dairy at all in that way.

In the 1930s, milk cellars were displaced by above-ground buildings as electricity and refrigeration became common.

This web site generates income from affiliated links and ads at no cost to you to fund continued research · Information on this site is Copyright © 2022· Feel free to cite correctly, but copying whole pages for your website is content theft and will be DCMA'd.
Tagged With: Cooking Tools, Milk