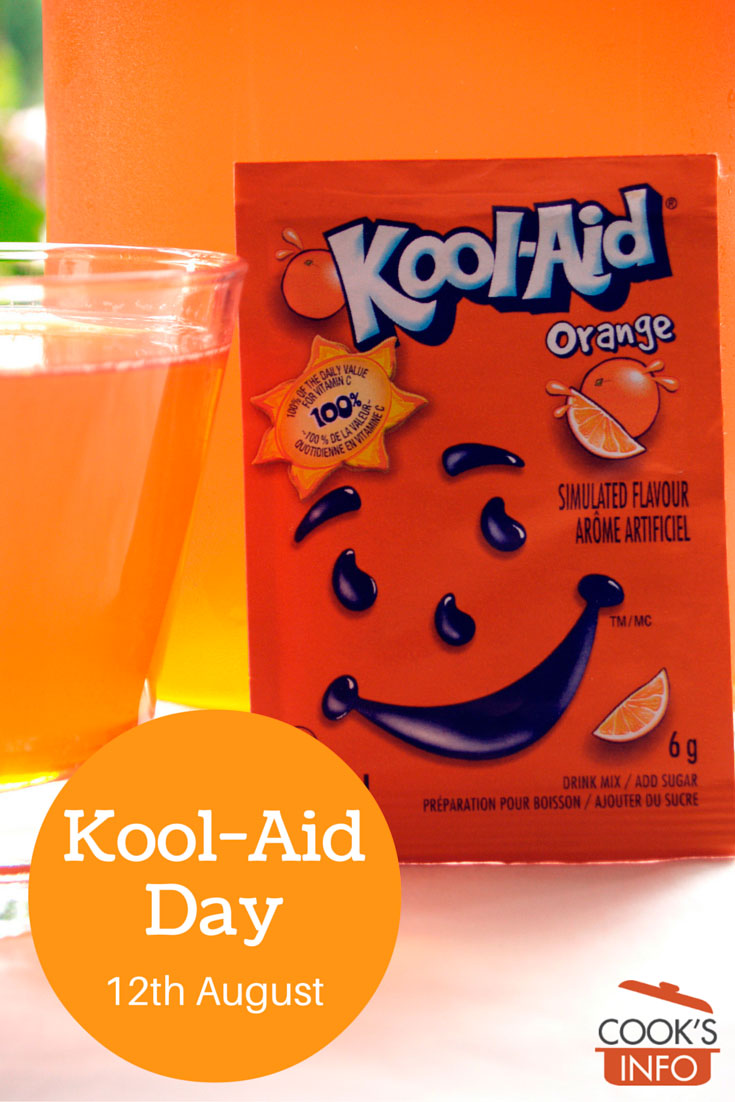 The 12th of August is Kool-Aid Day. It has been observed since at least 1994, when it was celebrated by the Pastime Car Show in Hastings, Nebraska, where Kool-Aid was invented in 1927.

When’s the last time you had Kool-Aid? Probably too long.

If you think it’s all past you now, because you only drink wine, then have a glass or two — you might feel a bit more well-disposed towards celebrating an old friend afterwards.

So grab a pack and mix it up, and take a trip down memory-lane by reading all about Kool-Aid.

p.s.: In our entry on Kool-Aid, look under the Cooking Tips section to see how some people make an adult version.