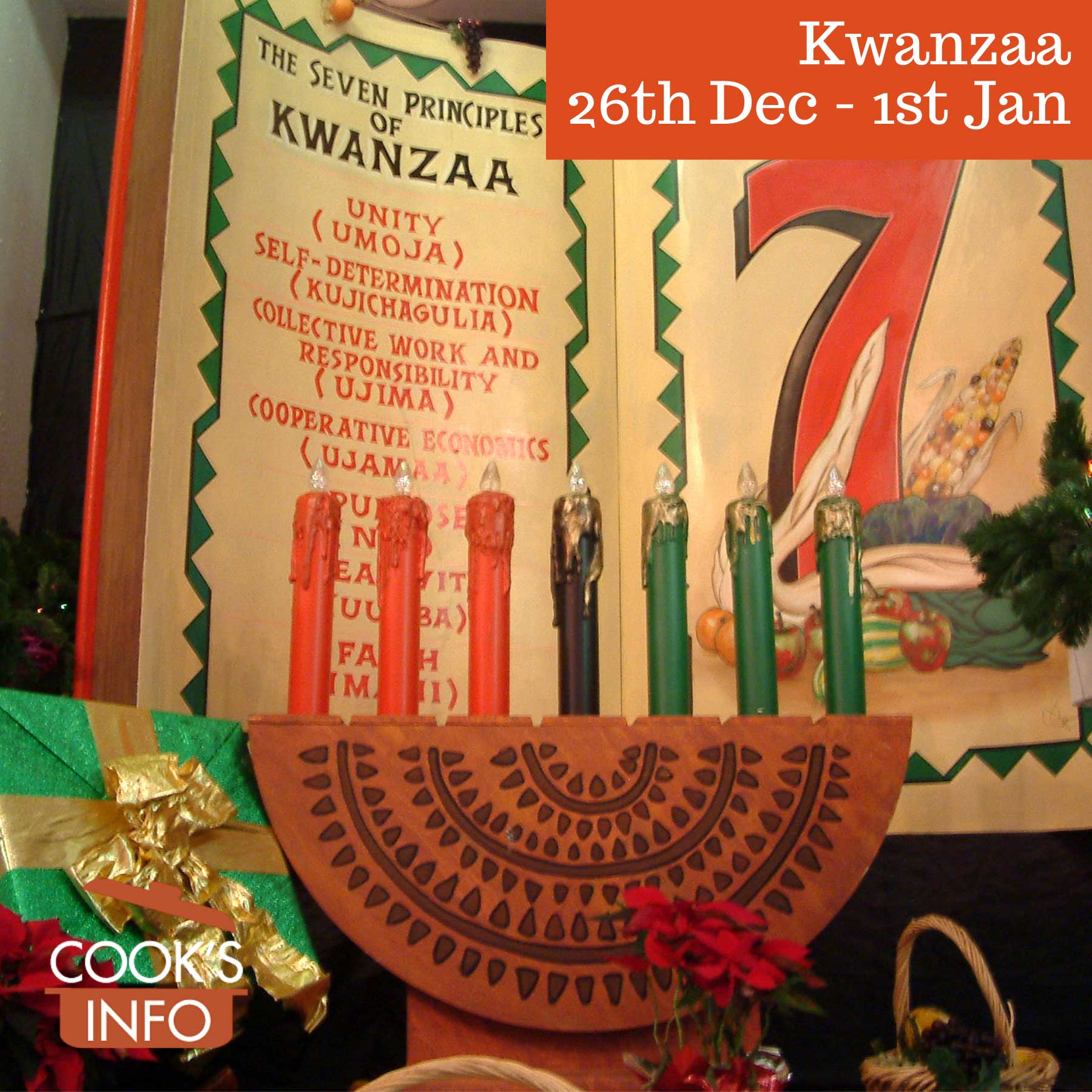 Kwanzaa is a week-long festival that starts 26 December and goes until 1 January.

It is an American-invented holiday now being promoted as a world-wide holiday (some wags joke that it was invented by Boxing Day deprived Americans.) The colours of the festival are red, black and green, and the terminology used is all Swahili. The final, big feast (called “karumu”) of the week is held New Year’s Eve. 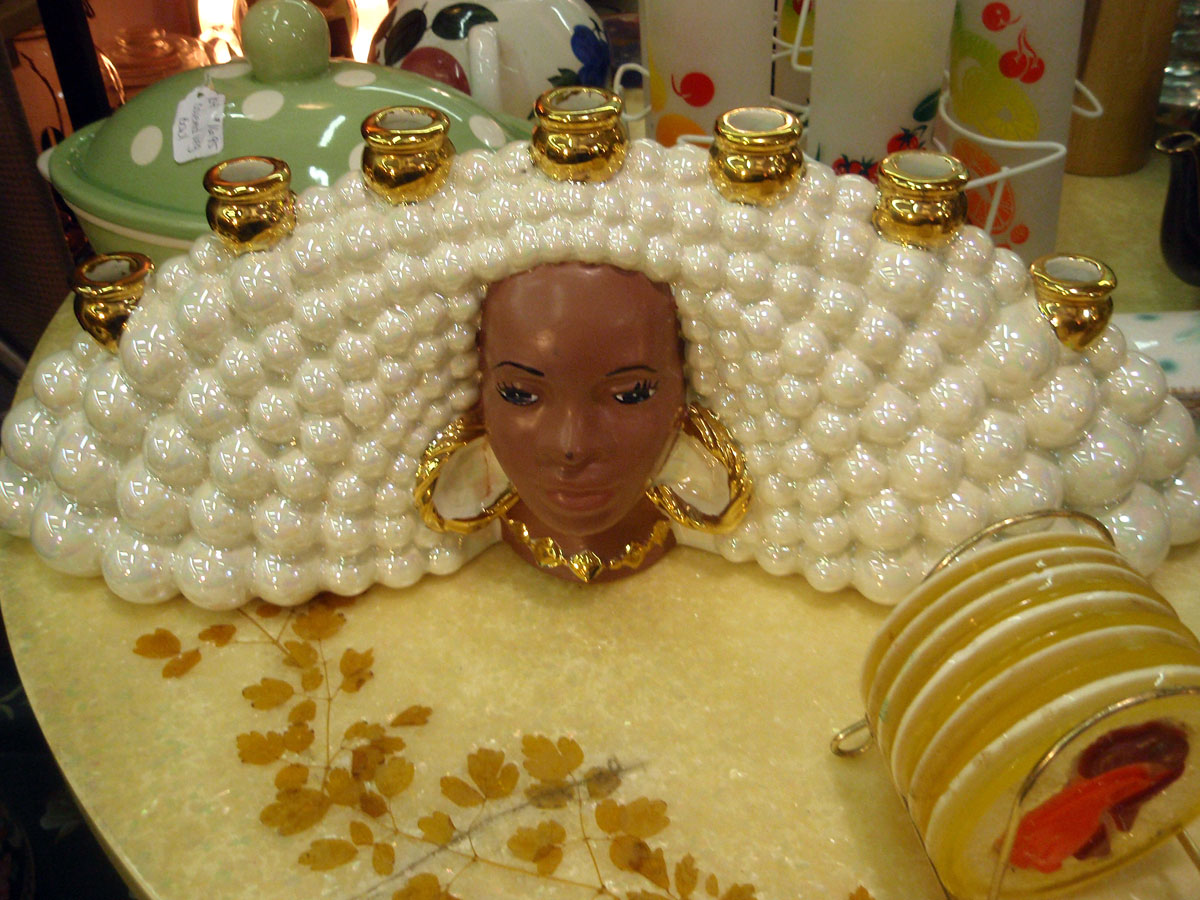 The holiday table needs to have on it:

The corn, the candle holder, and the cup are placed on the straw placemat. Households with no children in them should still have at least one ear of corn on the table to symbolize the future. 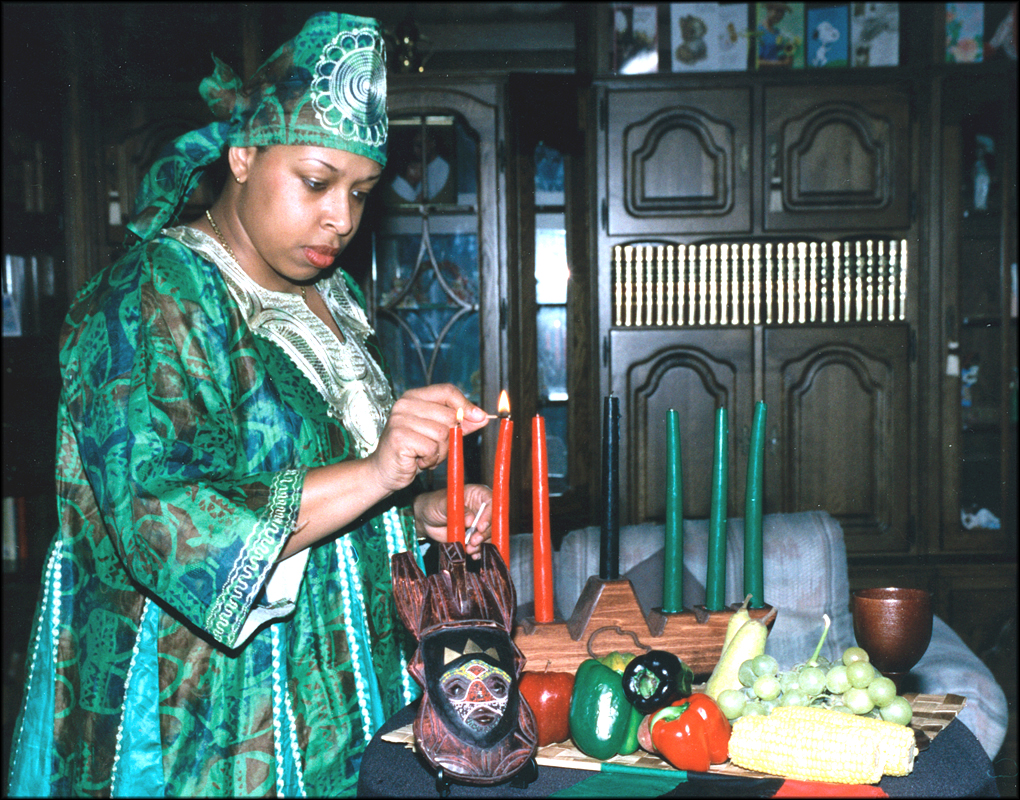 The holiday was created in 1966 by a Dr Maulana Karenga (aka “Ron Everett”), as an alternative to celebrate instead of Christmas, picking the day Christmas Day after to avoid commercialism. He founded as well the group called “US” (“United Slaves”), which often had shoot-outs with Black Panthers gangs.

Kwanzaa is an invented word, derived from the Swahili term for “first fruits”, which is “matunda ya kwanza”, by adding an extra “a” at the end to give it 7 letters. “Kwanza” means “first.” 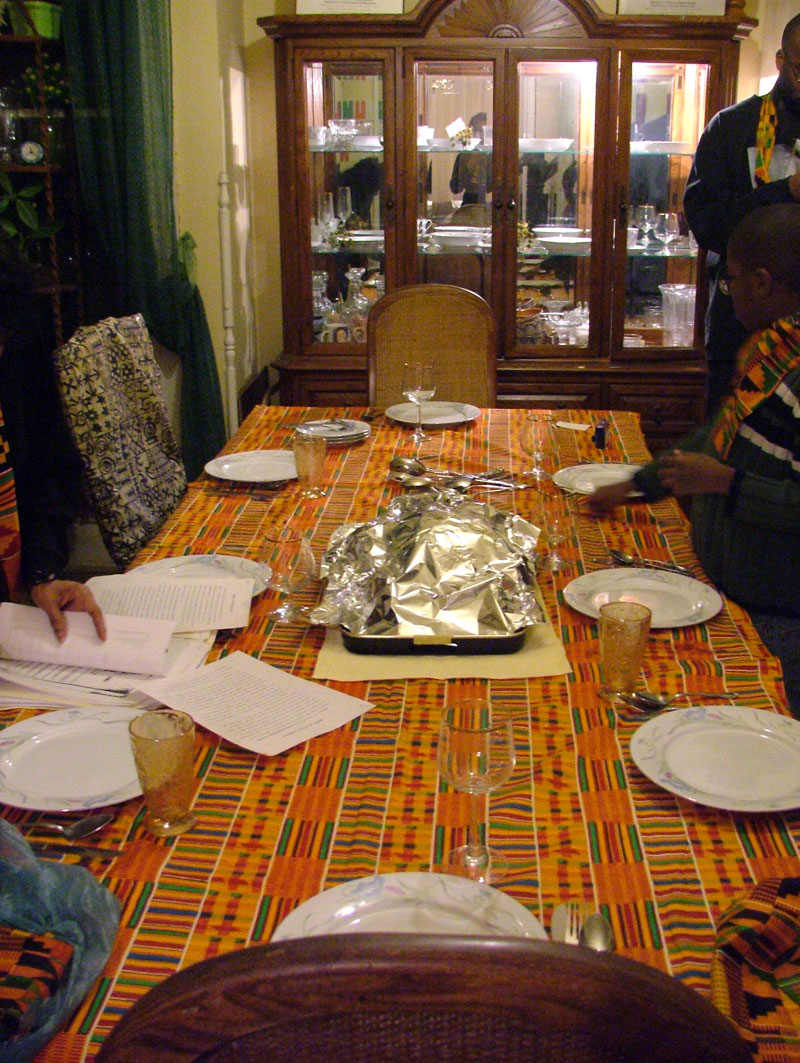