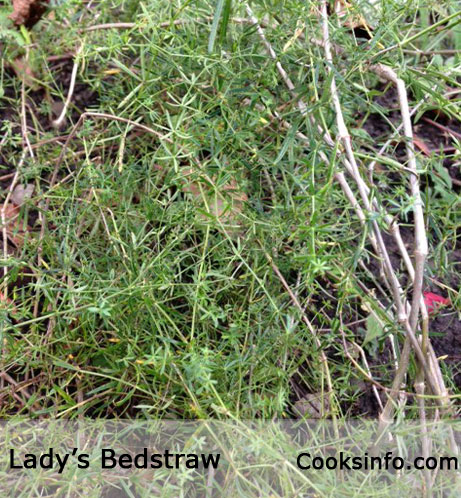 Lady’s Bedstraw is an herb that can be used to curdle milk for cheese, instead of rennet. At the same time, it also gives milk a sweeter taste, and colours the cheese. At one point, the herb was called “cheese renning” in English.

The plant grows in dry areas, particularly in coastal regions. It is native to Europe but is now naturalized in North America.

It grows 30 cm to 1 metre (1 to 3 feet) tall, with very narrow leaves 1-3 cm (½ to 1 inch) long, in whorls. It is a perennial, and spreads quickly once established. If the stems touch the ground, they will often root there. It blooms in July and August with lots of small, 2-3 mm wide bright-yellow flowers in clusters. It is hardy down to -31 C (-25 F.)

The leaves and stems have the enzyme that curdles milk and the yellow dye that colours it, making the herb doubly useful in cheesemaking.

Lady’s Bedstraw was widely used in making cheese such diverse areas as Tuscany, Italy and Cheshire, England. Cheddar cheese makers relied on it to both curdle their milk and give their cheese its distinctive colour at the same time (now, cheddar cheese is coloured with annatto instead.) In Gloucestershire, they also used it for Gloucester cheese, either on its own or mixed with stinging-nettle.

In Denmark, it is still used to dye the alcoholic spirit called “bjæsk.”

The bark of the roots can be used to make a red dye, though the roots are so small you need several pounds of them to make such usage practicable. The dye from the leaves, though, is weak compared to the roots. When used as a dye, the leaves will just yield a pale yellowy-beige.

The leaves of Lady’s Bedstraw have almost no scent when fresh, but acquire one as they dry. Fleas and other bugs don’t like the scent; consequently, Lady’s Bedstraw came to be used inside mattresses to ward off fleas, and thus, its current name. There is a religious legend that it was placed in the manger for the baby Jesus. 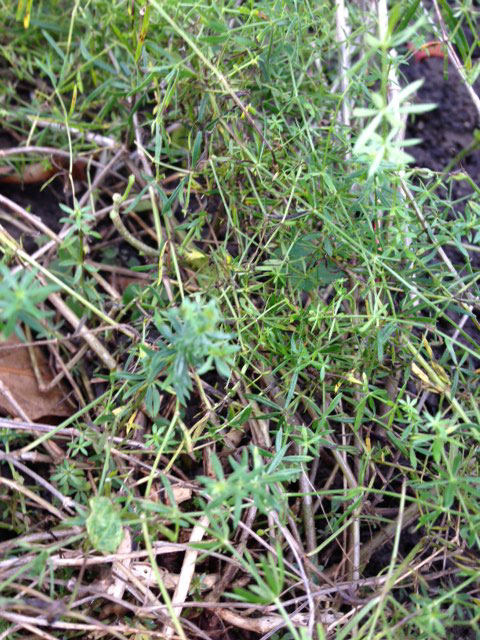 This web site generates income from affiliated links and ads at no cost to you to fund continued research · Information on this site is Copyright © 2022· Feel free to cite correctly, but copying whole pages for your website is content theft and will be DCMA'd.
Tagged With: Cheese Technical Terms