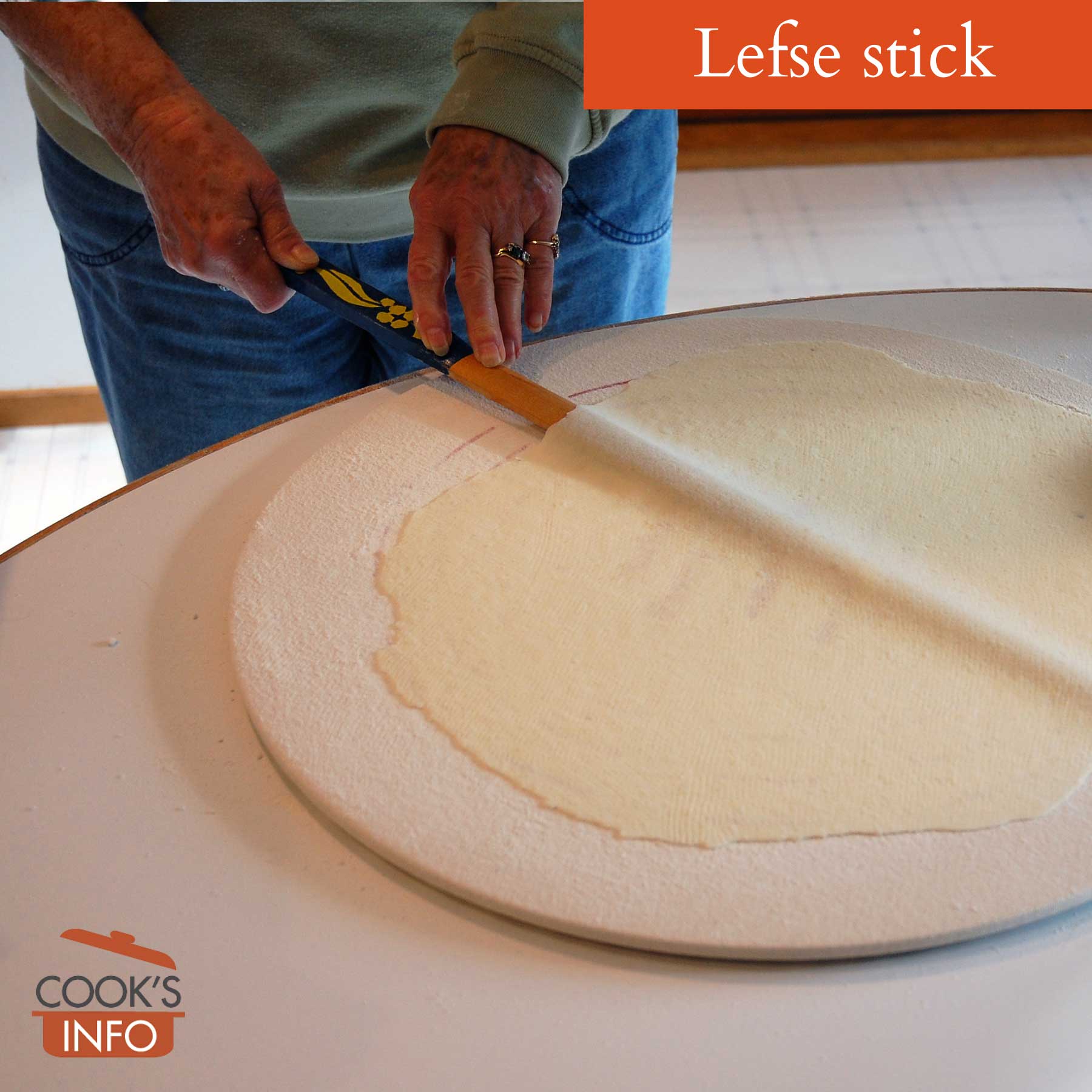 A lefse stick is a carved wooden stick used to turn the large flatbreads known as “lefses” while cooking them on a griddle.

It is best described perhaps as looking something like one of those long, broad sticks you would stir paint with, except its side edges are tapered, and it is much thinner, almost the thinness of a reed that you would use in a wind instrument.

The stick will be anywhere from 2 to 4 cm wide (¾ inch to 1 ½ inches). They come in varying lengths, but generally are around 60 cm long (2 feet). You can get them with various parts of them decorated or painted in different colours. The handles are usually decorated a little, to make them look a little more kitchen-worthy than a paint stirring stick from the back of the garage. 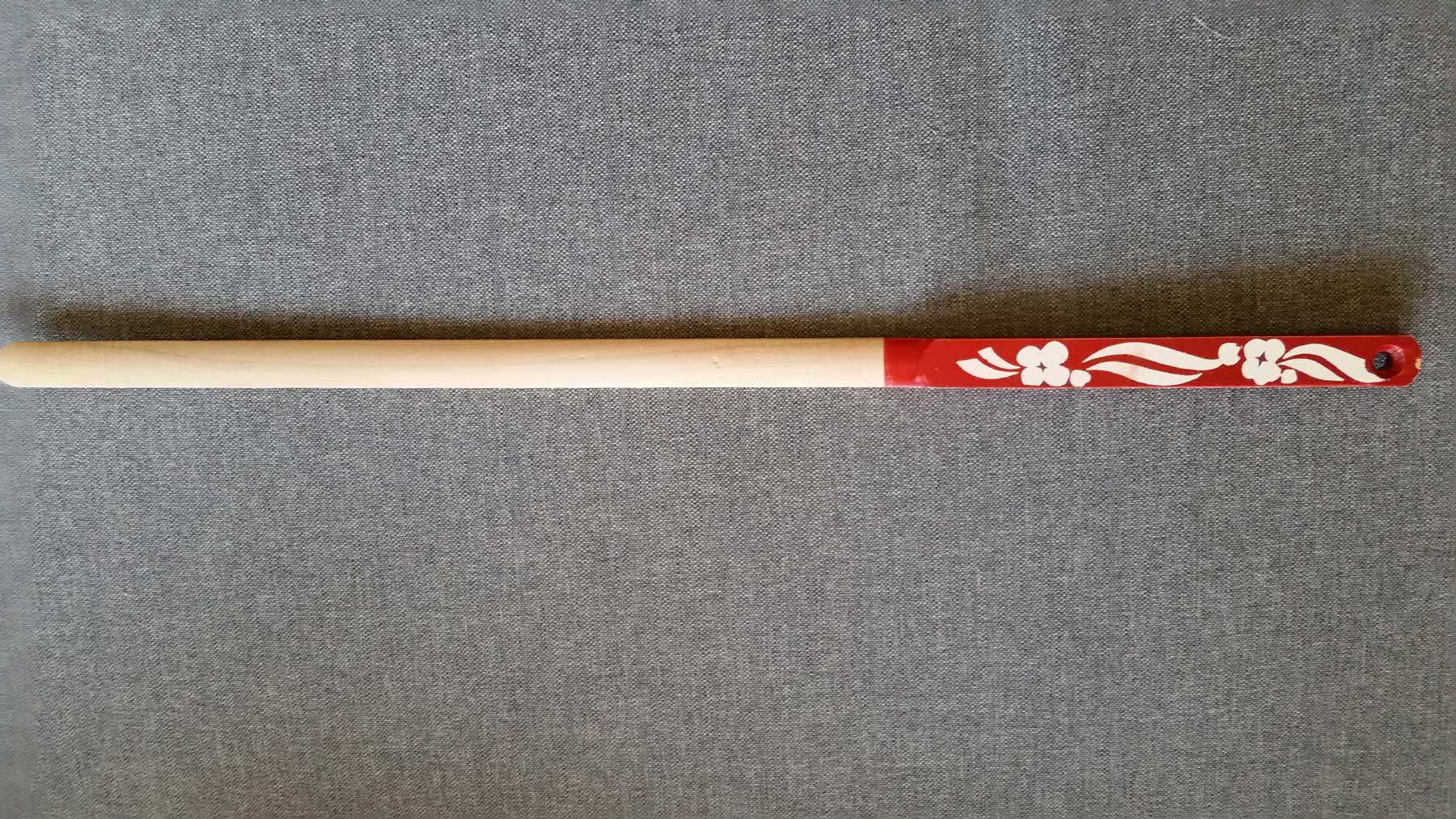 On your work surface, you turn a lefse stick to wrap your rolled-out lefse around it. Then you move the stick to your lefse griddle, and unroll the lefse from the stick onto the griddle. To flip the lefse over during cooking, you slide the stick under the lefse — its tapered edges allows this. You can also use it to press down any rebellious bubbles that pop up while the lefse is cooking.

Some people used to just use slats from their window shades as lefse sticks. 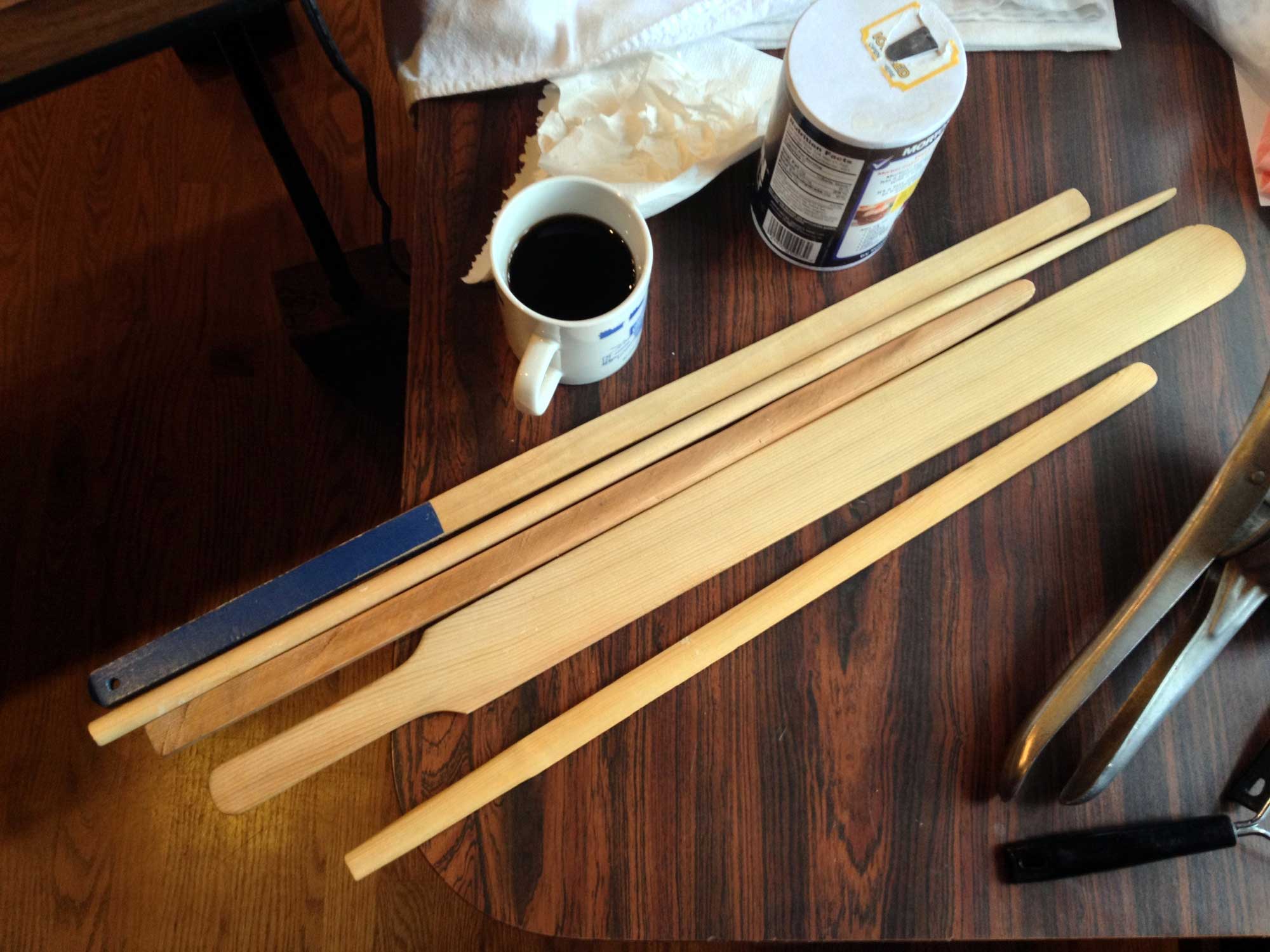 This web site generates income from affiliated links and ads at no cost to you to fund continued research · Information on this site is Copyright © 2022· Feel free to cite correctly, but copying whole pages for your website is content theft and will be DCMA'd.
Tagged With: Lefse, Treen