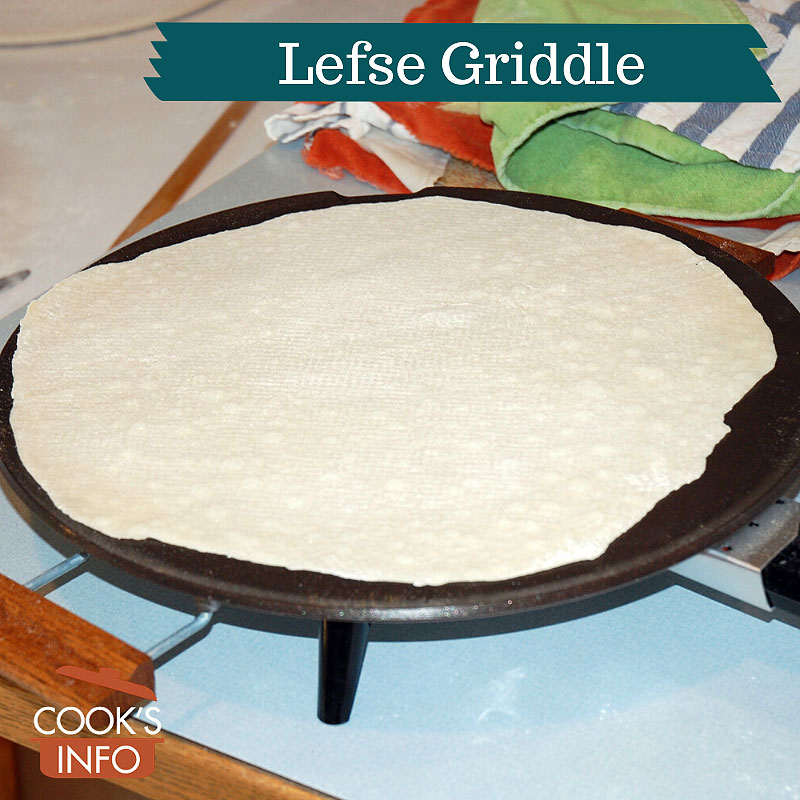 It has no edges on it and just a slightly raised rim. Having no rim makes it easier to roll the lefses over during cooking using a lefse stick.

The griddles are generally about 40 cm wide (16 inches).

Lefse griddles used to all be stove top ones (or before that, designed for use in hearths) but electric ones are more common now. Electric ones will have either aluminum, or non-stick surfaces, and be on short legs, with wooden handles and a thermostat controller.

You can also use a lefse griddle for anything you would griddle. Some models have optional lids that you can purchase to extend their usability to other food stuffs, such as baking a pizza on it. Many have a part of the side that acts as an overflow spout, to allow things such as grease to drain off when cooking other things.

The North American confusion between grill and griddle extends here as well, so that it is often mistakenly called a “lefse grill.”

A lefse griddle is called a “takke” in Norwegian. 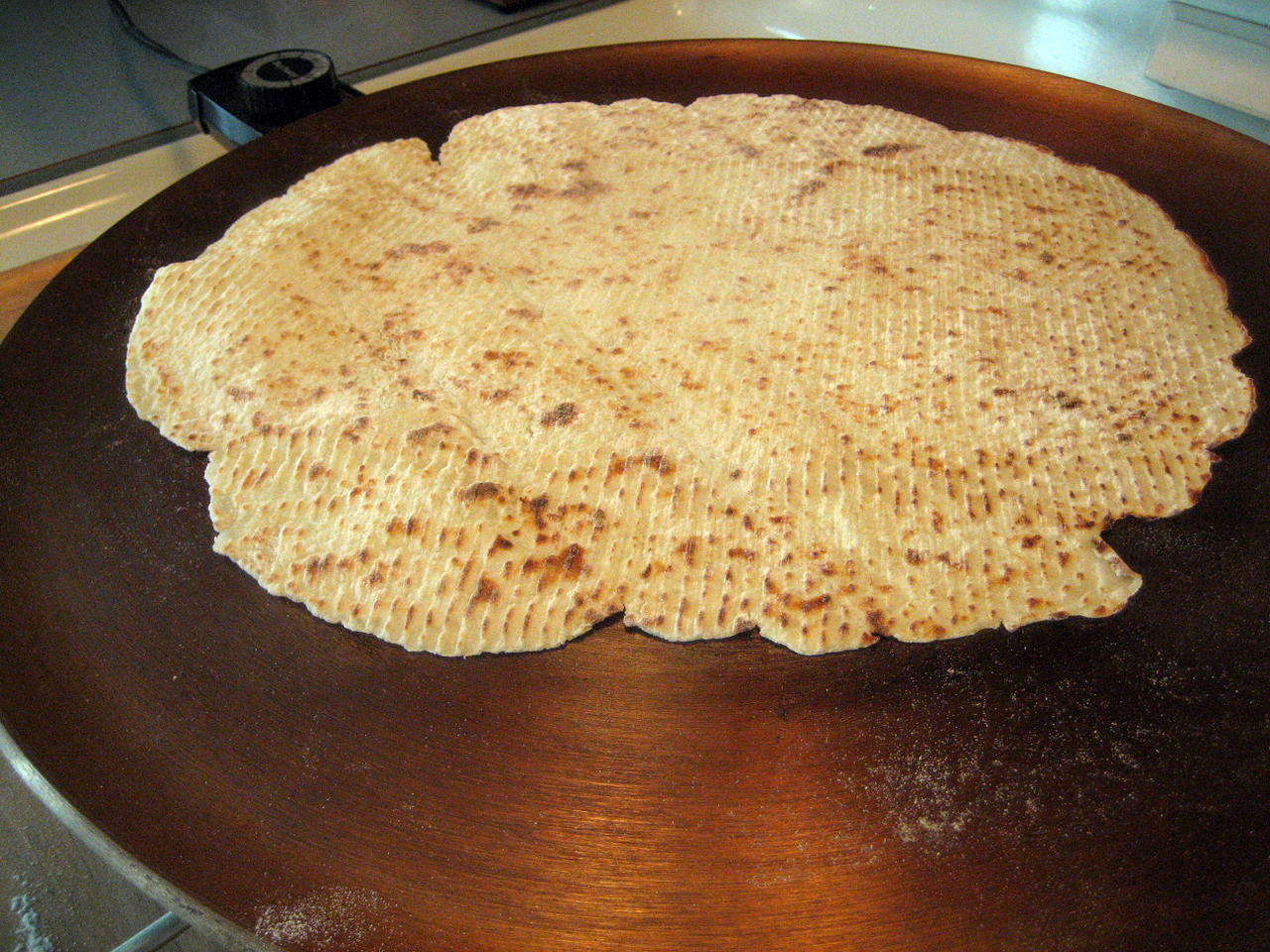 This web site generates income from affiliated links and ads at no cost to you to fund continued research · Information on this site is Copyright © 2022· Feel free to cite correctly, but copying whole pages for your website is content theft and will be DCMA'd.
Tagged With: Griddles, Lefse, Norwegian Food