×
You are here: Home / Pasta / Pasta for Sauce / Linguine 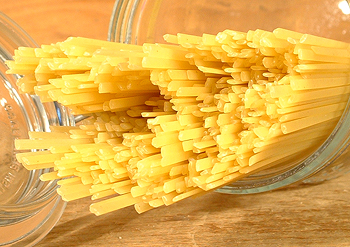 It can be bought fresh in “nests”, or dried.

It is often used for dishes with seafood such as clam, mussels, shrimps and squid. The most classic use is with a clam sauce, either white or red.

A narrower version of linguine.