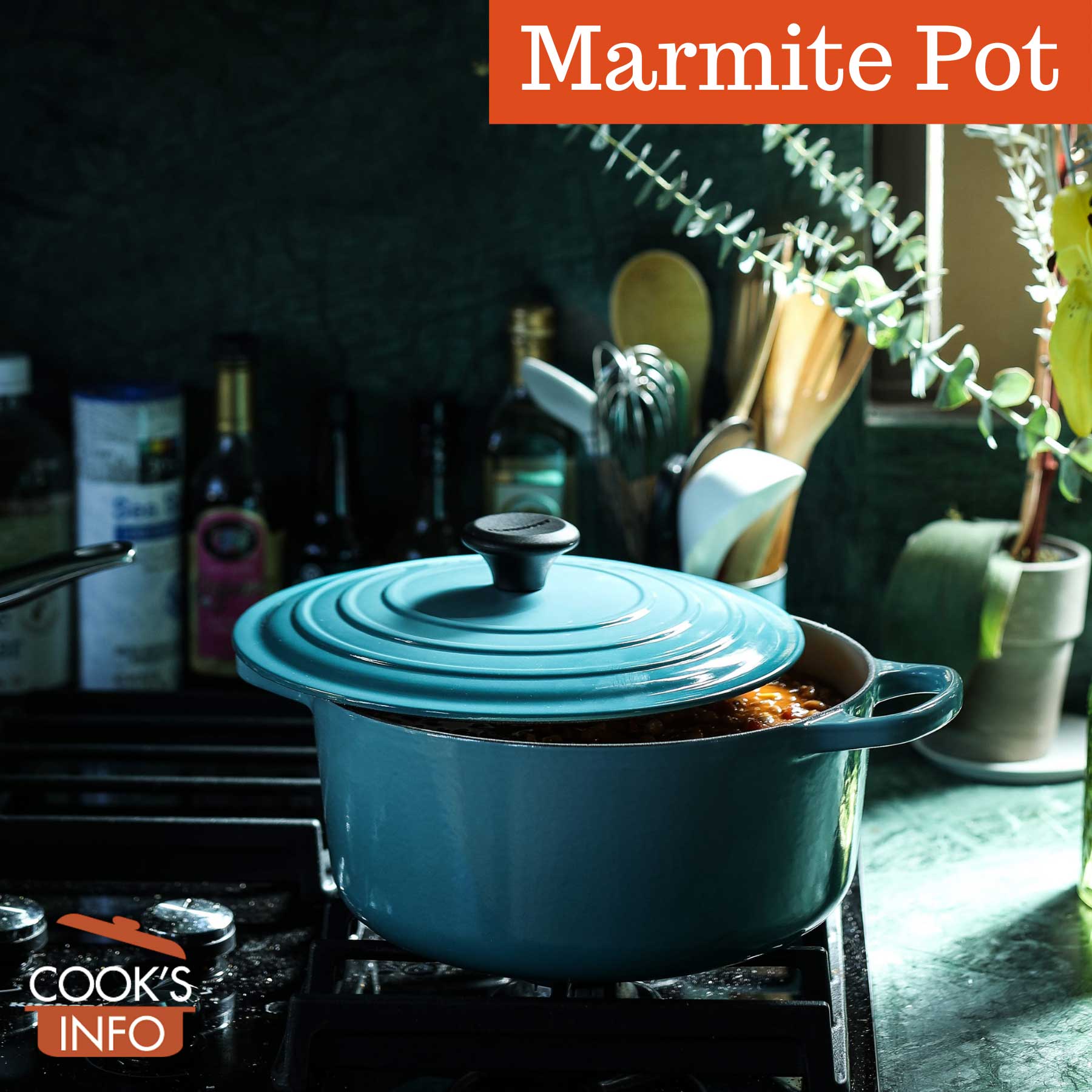 A marmite is a low, hefty, squat pot. It has only slightly sloped sides, with a lid and two short handles, one on each side.

Marmites are used for braising, soups and stews.

They are often made of enamelled cast iron; perhaps the best known of this type since the mid-1900s are those made by Le Creuset.

They can sometimes, though, be made from clay. Clay ones should have just water simmered in them for 12 hours, which is then discarded, before their first use with any food. After using clay ones, wash them with just hot water, never soap.

The yeast spread named “Marmite” was first sold in earthenware crocks whose shape was meant to suggest a marmite, and thus its name.

Every 12th December, marmites made of chocolate with marzipan vegetables inside are part of the celebration called “l’Escalade” in Geneva, Switzerland. It celebrates the night of 11th/12th December back in 1602 where Roman Catholic Duchal forces from Savoy were foiled in their attempt to scale the walls of the small, Protestant city republic. Many things were thrown down from windows in the city wall on the would-be invaders’ heads, but amongst them was a marmite containing a soup that a Catherine Cheynel Royaume (c.1540 to 1605) had been slowly simmering. She seized the pot, rushed to the window and threw it down on the head on a Savoyard, who fell down stone cold dead.

Her act wasn’t mentioned in the first historical accounts in the 1600s; only in songs which started to appear in the 1620s was there mention of a marmite. But a will in 1676 drawn up by one of her grand-children mentions a “pot dit de l‘Escalade (…) le tout d‘estain gravé et de la façon de Pierre Royaume, mon aïeul” (“a pot said to be from the Escalade, engraved in the manner of Pierre Royaume, my ancester”). The pot was given to the arsenal in Geneva, where it was on display until the French under Napoleon took it away in 1814, and it vanished from history. Is this the pot that had been thrown? Was there really a pot at all, or was it other things such as stones that were thrown? And who actually did the throwing: Catherine, or a servant?

In any event, the Savoyard force retreated, the city was saved, and in the absence of the yet-to-be invented chocolate marmites, the city celebrated by chopping the heads off 67 of the prisoners and displaying those instead.

The chocolate marmites have on them the Geneva coat at arms, and are sold at shops throughout the city.

“An old woman with a vigourous hand
Took her marmite off the fire
Without delay
Coiffed a Savoyard with it.” 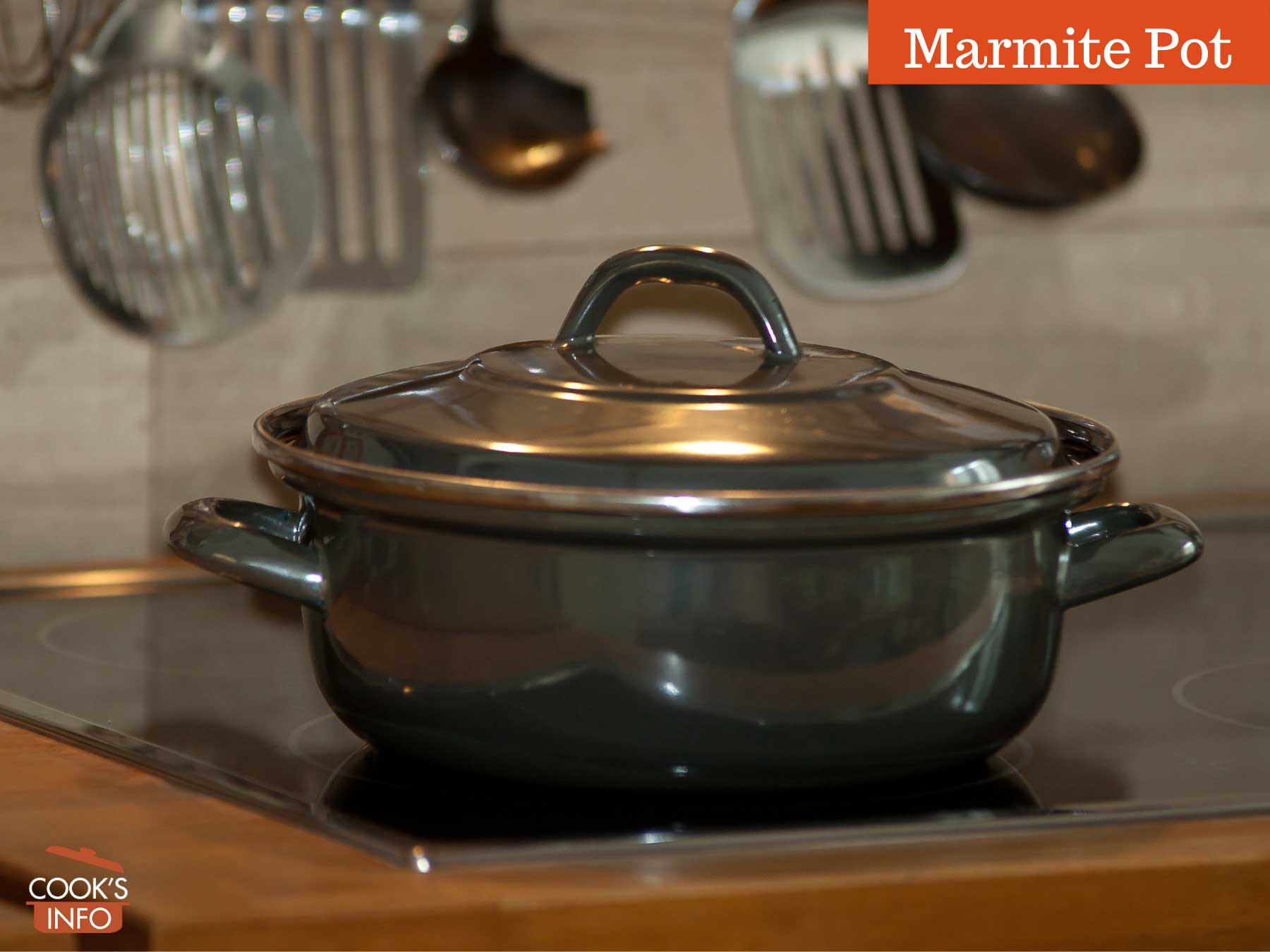