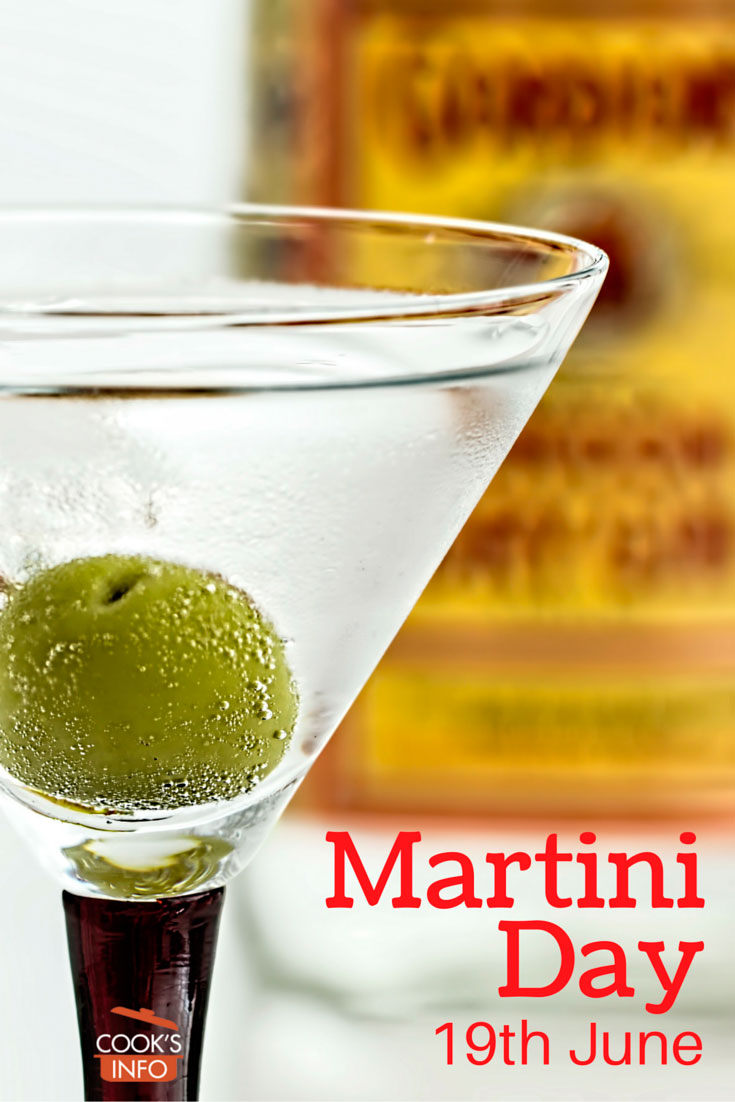 The 19th of June is Martini Day — and, reputedly, International Martini Day at that! If it’s been ages since you’ve had a Martini, you might want to say hello to an old friend.

Can’t think of anything to celebrate with a Martini? Have one or two and something might come to mind…

Too bad, though, it’s not two days later, on the 21st, the longest day of the year that marks the official start of summer. But what better way to get a head start on summer than with an icy-cold Martini?

Some establishments and clubs treat today as the start of Martini Week, going until Father’s Day.

If you have children, you could give them a soft drink or juice in a Martini glass.

Anecdote has it that when Humphrey Bogart (1899-1957) died on 4 January 1957, his last words were “I should never have switched from Scotch to Martinis.”

The earliest print mention of a ‘Martini Day’ in June that CooksInfo is aware of dates from 2005 in Calgary, Canada: