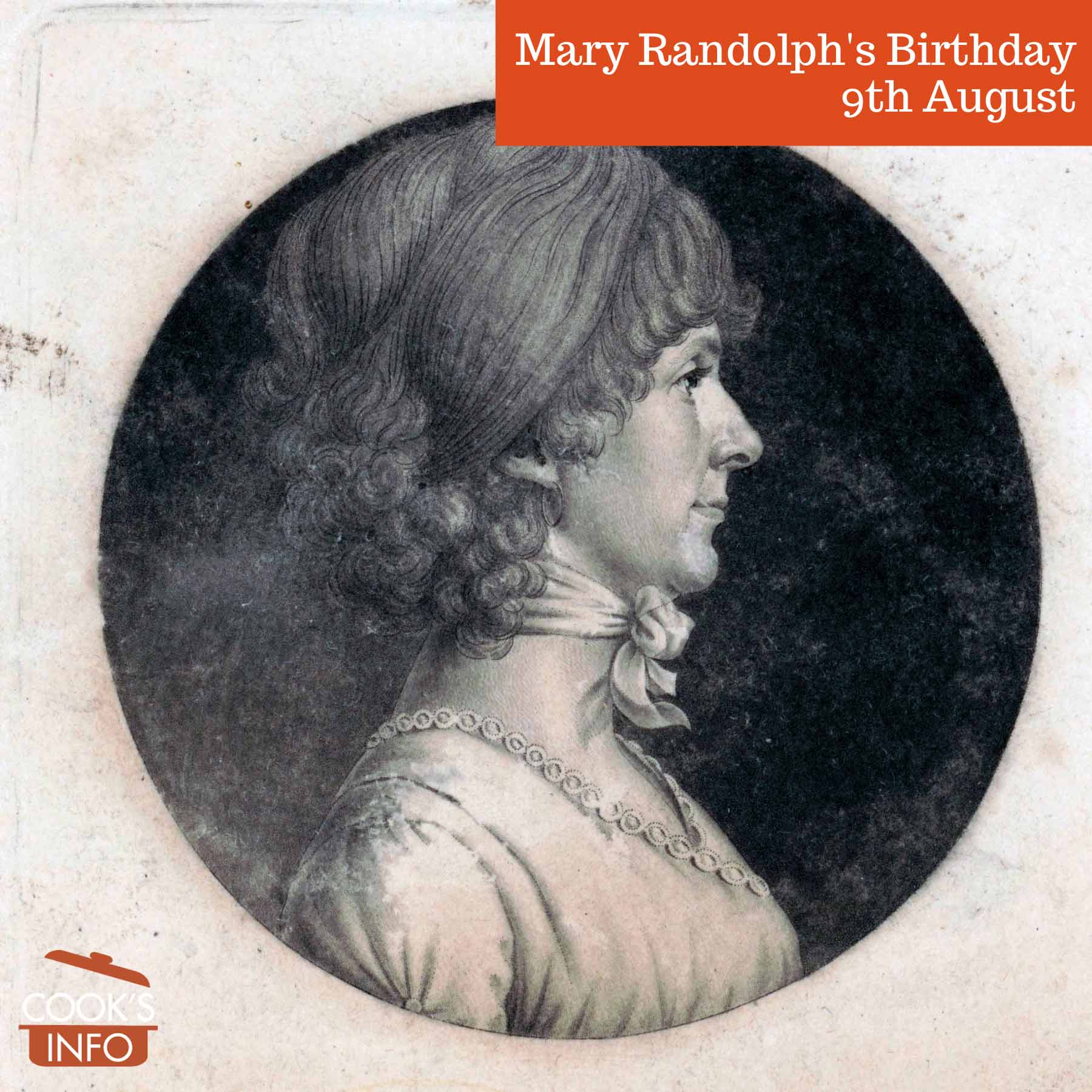 The 9th of August is the birthday of Mary Randolph.

Mary Randolph was the author of “The Virginia Housewife”, the first regional cookbook in the United States, published in 1824.

The book was so popular it was reprinted 19 times in the next 40 years. It is still being reprinted in facsimile.

The recipes include many items now known as southern U.S. classics such as gumbo, okra and catfish.

Though thoroughly American, the book reveals the influence already of various cuisines on American food — there’s even already recipes for macaroni and gazpacho.

Historians value the book for the insight it gives into daily life of the time. It shows the quantity of labour that went into a single dish, at a time when many ingredients required work to be readied first before they could be used in a recipe (directions include the best time of day to kill a turtle for soup.)

Today is her birthday! Raise a toast to Mrs Randolph! And learn about about her life here: Mary Randolph.