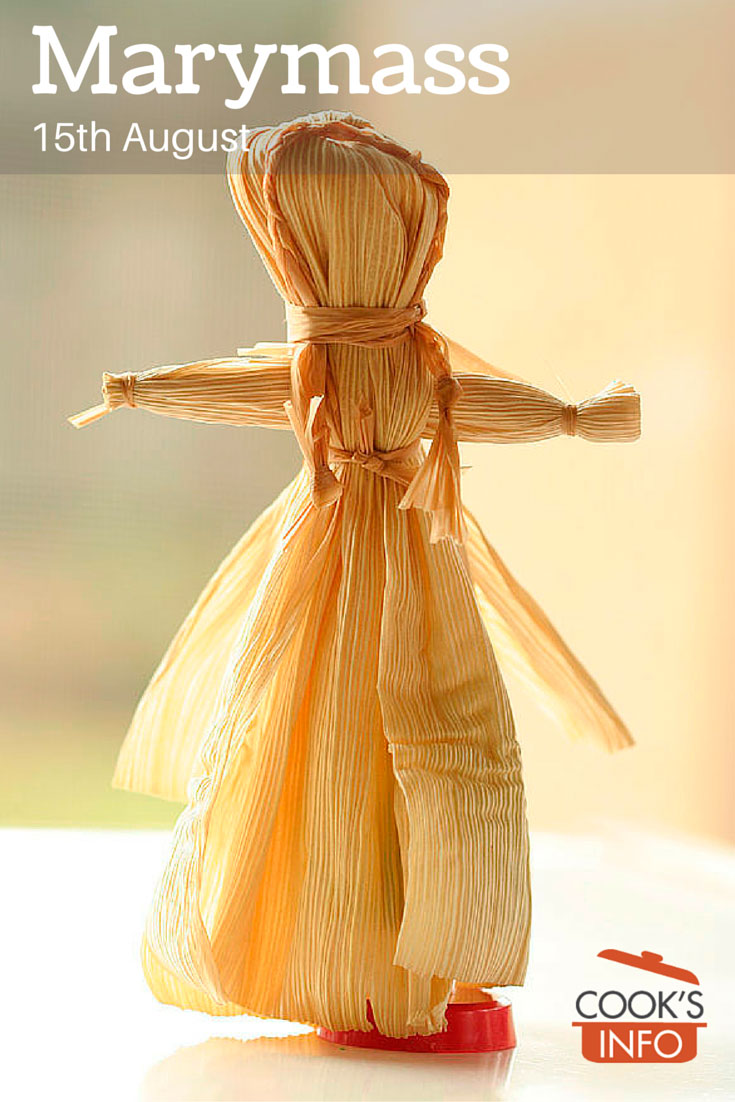 The 15th of August is Marymass in Scotland.

It is a festival marking the start of the harvest.

The first grains harvested or first loaf of bread made from them are offered at the mass at church. A special bread called “Marymas bannock” may be made.

There are displays of flowers, decorated wells, and candlelight processions.

In Irvine, Ayrshire, a girl is crowned Queen of Marymass. Four ladies-in-waiting are also chosen, along with two page boys. Some people think this shows a blending of association with Mary Queen of Scots.

Irvine also holds a parade, a pole climbing contest (the prize is a ham), and horse racing.

Bundles of herbs such as periwinkle, thyme and verbena are brought into church to be blessed.

More southerly parts of the Celtic world, where the harvest starts a few weeks earlier, would celebrate the harvest with Lughnasadh on the 1st of August.

The start of harvesting falls a few weeks later further north, and thus became intertwined with the Feast of the Assumption of the Virgin Mary, with falls on the 15th of August.

As the festival actually started as celebrations for Celtic harvest goddesses, pictures of Mary for this time of year often show her with ears of corn, etc.

“Friday, August 15, 1952, was Assumption Day: not only a national holiday but the very nadir of la morte-saison in Paris. Paul telephoned nine different restaurants in an attempt to secure a table for my fortieth birthday, but not one of them was open. We finally ate lunch at the Hotel Ritz, which was fine.” [1]Julia Child with Alex Prud’homme. My Life in France. New York: Alfred A. Knopf. 2006. p 128.