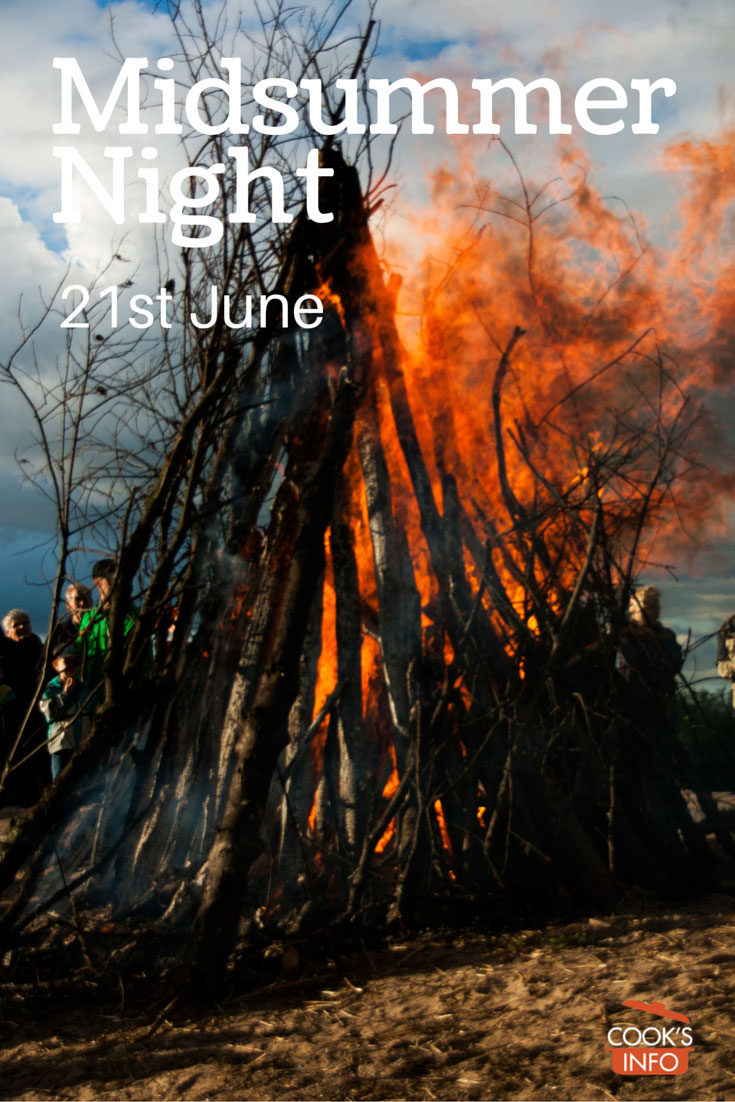 Still celebrated traditionally on the 24th of June, Midsummer Night now actually occurs on the 21st of June owing to how the “astronomical equinox” has shifted forward several days over the centuries.

It was a very important pagan holiday in pre-Christian times. In many cultures, it was traditional to light fires, dance around poles or fires, and leap over fires. One tradition was that if you jumped over a bonfire with the person you were sweet on, you’d be married within the year.

Traditionally, this was the time to pick green walnuts. They could be pickled, or used to make a liqueur such as Nocino.

In Germany, gooseberries begin to ripen around this time. In France, Narbonne Honey is harvested around now.

The Christian Church celebrates the birth of St John the Baptist on the 24th of June. This is a departure from their usual practice — usually the Church celebrates Saints’ martyrdom days, not births — but celebrating his birth on this day allowed them to culturally appropriate the pagan midsummer holiday. St-Jean-Baptiste is the main national holiday in Quebec with large parades and festivities held.

In the 7th century, Christians in Flanders were admonished by Saint Eligius that there would be no further singing, dancing or leaping on this day. 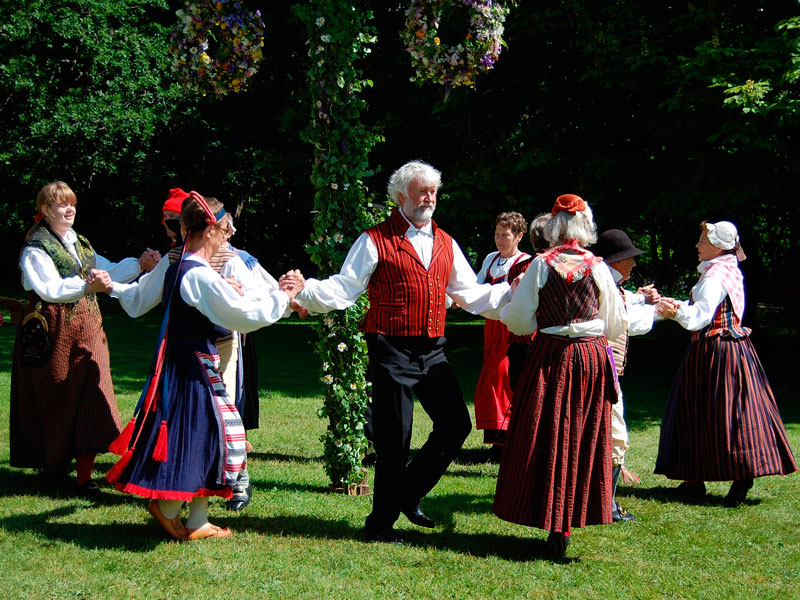 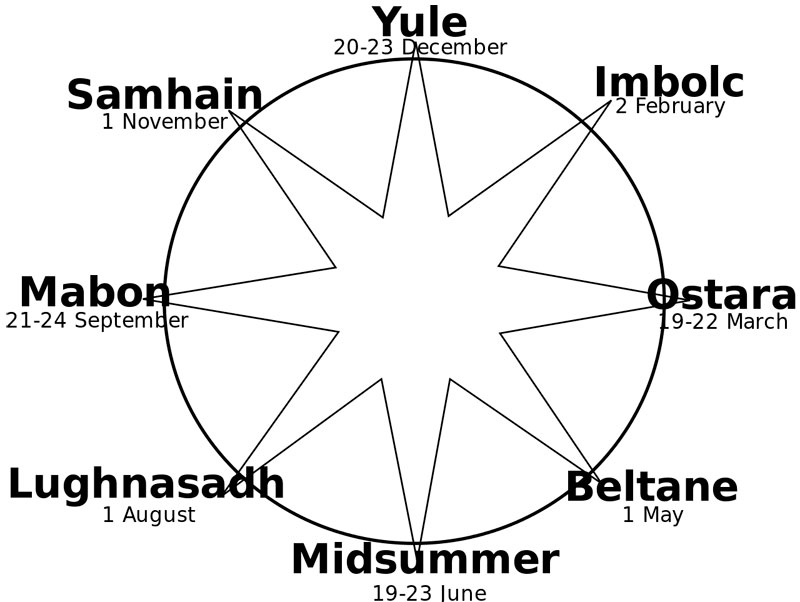 Celtic wheel of the year showing where Midsummer fits into the yearly cycle. © The Wednesday Island / wikimedia.org / 2008.