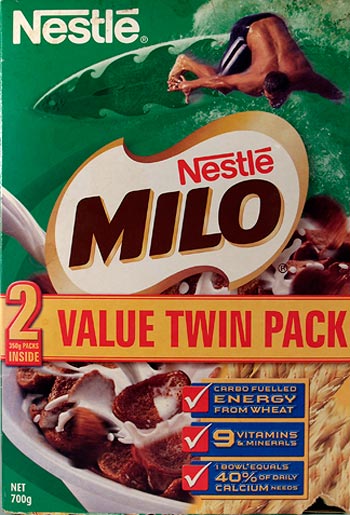 Milo Cereal is an Australian breakfast cereal made by Nestlé that you serve with milk on it.

It is flavoured with Milo drink-mix powder, and so has a malt and cocoa flavour to it, though some people don’t think the cereal tastes much like the drink mix.

It is also being sold in New Zealand and throughout south-east Asia.

Since 2006, Milo Australia has doubled the wholegrain and fibre content, and reduced the saturated fat content by 50%, in order to be able to display an Australian Heart Foundation “tick” on their boxes.