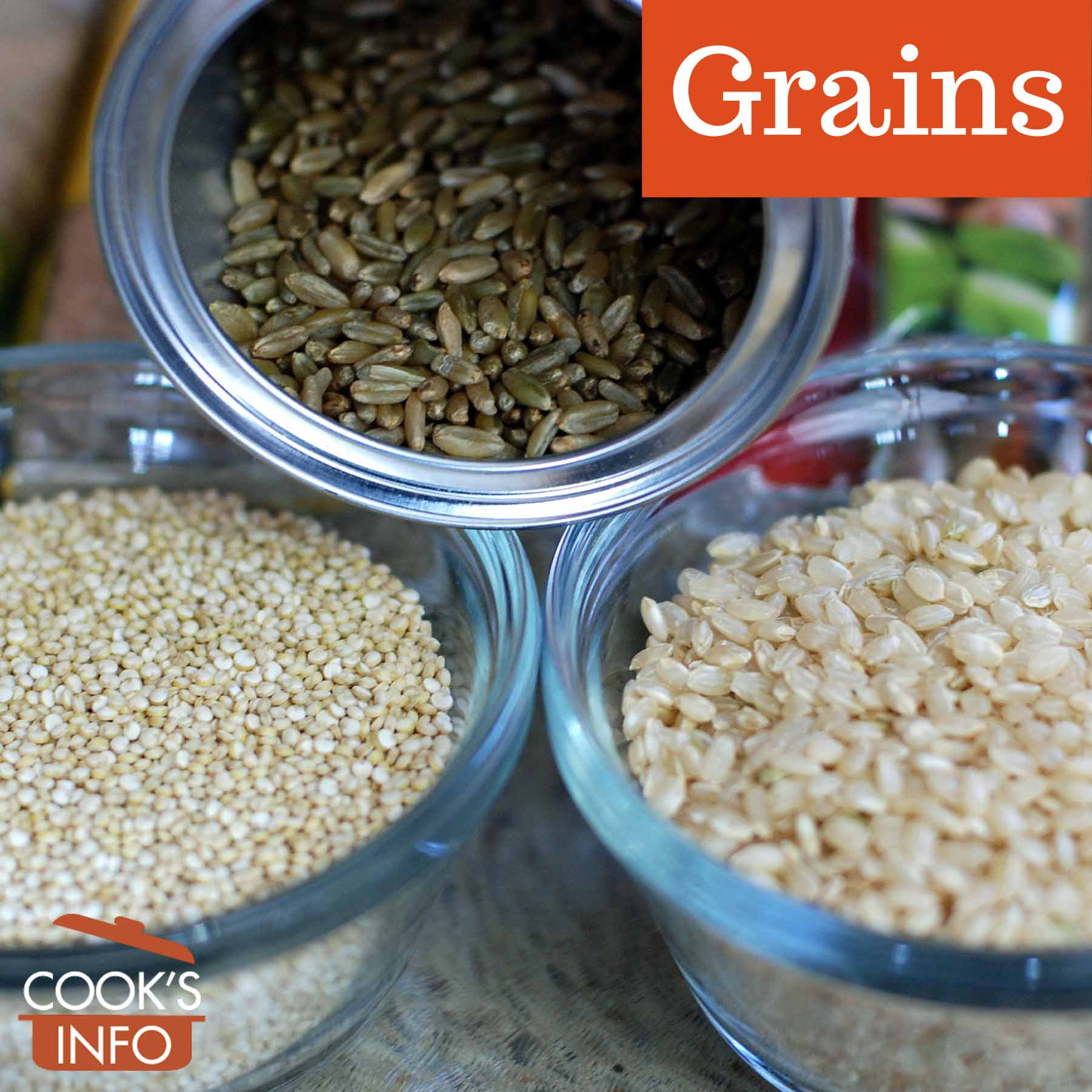 Grains are the edible seeds of plants that belong to the grass family. They grow with an inedible hull on them that has to be removed.

Usually grains are processed before they reach consumers. During this processing, the hull is almost always removed, because not everyone has the equipment to do their own threshing these days. At this stage, the bran is still attached to the grain, and the grain may be referred to as whole grain, berries, groats or hulled grain.

Over the centuries, people have expressed a preference for the bran to be removed after hulling, to make the grain faster cooking as well as less chewier and coarse. More importantly, because oils in the bran can go rancid quickly, removing the bran extended the storage life of the grain, which was very important for families who needed to see their store of grain last the winter.

After the bran has been removed, the next stage of processing is polishing (aka “pearling”) the grain. Once the grain has been pearled, it can then be sold as is, or further processed by grinding, rolling, chopping or some partial form of precooking.

Rice with just the hull removed is brown rice. The removed hulls are often burnt as fuel.

Pearled grains are grains with which any trace of bran after hulling has been removed by polishing. They can be “pearled” in a rotating drum in which the friction of the grains hitting each other rubs the bran off, or they can be “pearled” using powdered calcium carbonate as an abrasive to do the same job. Pearled grains can be stored for far longer, because any traces of the bran can make the grain go rancid and shortage the storage life of grain. This was important at a time when storing your crop and being able to rely on it for food was literally a matter of life and death. Pearled grains also cook faster and give more consistent, tender results.

Grits is grains, pearled or unpearled, which is cut into small pieces. This shortens the cooking time.

Grains are steamed and then rolled so that they resemble flakes. The steaming not only quickens cooking time, but extends the shelf life.

Polishings are the bran and/or the germ which are removed during polishing. They are often sold on their own as a health supplement. They need to be stored in the refrigerator because they will go rancid quickly otherwise.

Whole grains with the bran on take longer to cook, but presoaking will reduce the cooking time. Or, even better, toast them a bit first in a frying pan, which will both develop a nutty flavour as well as helping with the cooking time.

While in North American and British cultures, polished grains with the brans removed have come to be regarded as nutritionally evil incarnate, in societies such as Japan, Spain or Italy where they have developed over the course of centuries cooking traditions and techniques based on polished rice, this view has not yet become predominant.

In 62 AD, the Roman Emperor Nero had to order most of the grain stored in Rome to be thrown in the Tiber River, as it had become infested.

Grain comes from the Latin word for Grain, “granum.”