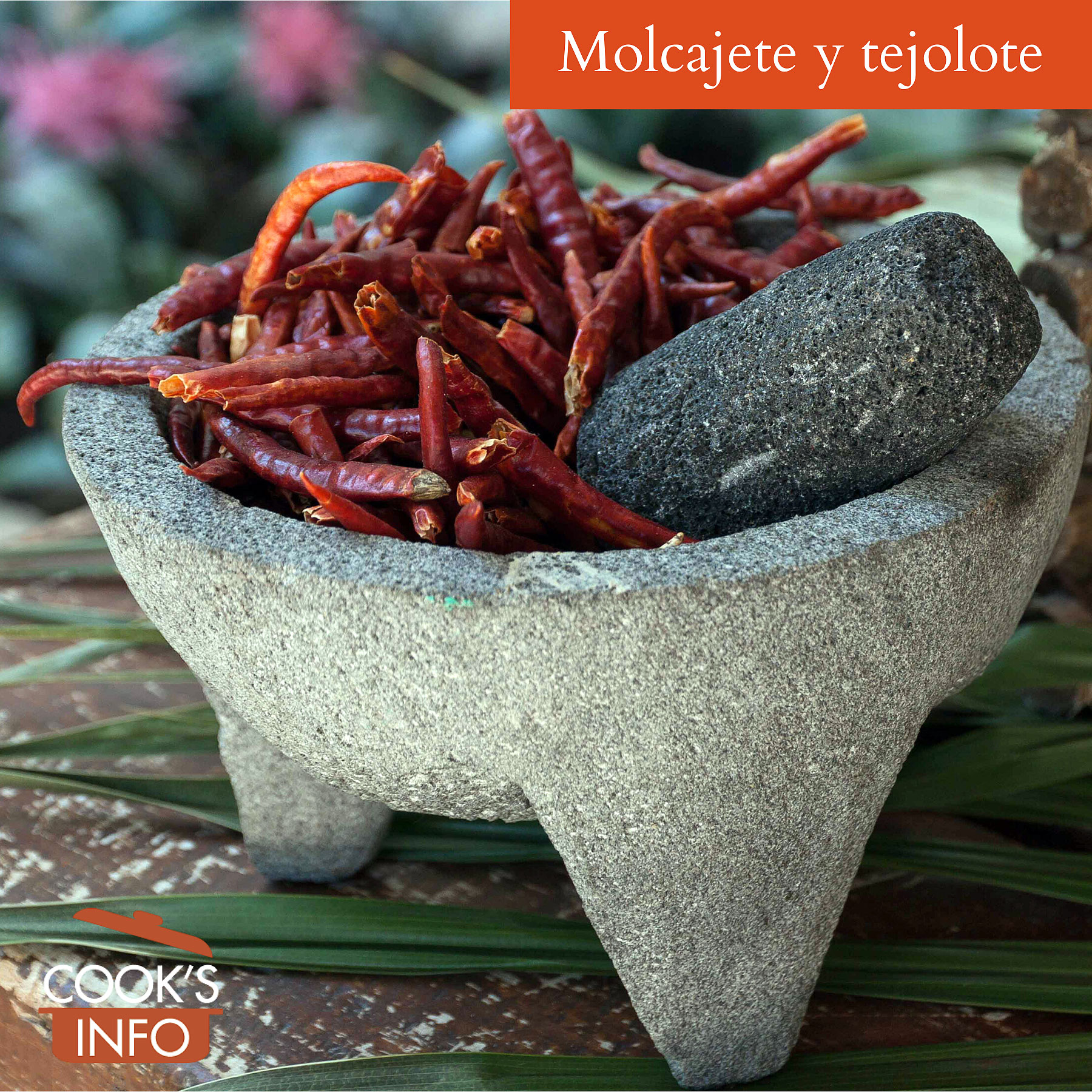 There are two types of mortars and pestles in Mexico. One is for dry ingredients, one is for liquid.

A molcajete y tejolote is for liquid. It is used to make purées of vegetables (such as tomatoes, tomatillos, chiles, garlic, avocados, etc) and / or herbs, and to grind spices.

The main difference between using a molcajete y tejolete and a blender is texture, not taste. You get chunky, rather than purée. But, if you know how to pulse your blender, this shouldn’t be a problem. Most Mexicans now use blenders instead of a molcajete y tejolote.

The other type of mortar and pestle used in Mexico is a ‘metate y metlapil’.

A molcajete is a bowl made of rough stone on three legs. It is actually quite large, about 20 cm (8 inches) wide by 12 cm (about 5 inches) tall and will be able to hold about 1 litre (4 cups / 1 US quart) capacity. It is accompanied by a tejolote, which is the pestle.

The colour will vary based on the rock used. It can be volcanic lava rock (basalt lava), or clay. To distinguish the two, the stone ones are called “tecajete” while ones from clay are called “cajete de mole.”

They are sometimes made in animal shapes, such as a bull or pig. The stone ones used to all be hand-carved. Many are now poured from concrete and crushed stone, with the surface painted to look like lava. These are best used for display, not cooking with.

The lava ones need to be cured first before using, or grit will get into your food. You can buy some already cured. Otherwise, you cure them in the following manner:

Scrub the inside of the bowl, and the pestle, with water and a scrub brush, and let air dry. Then, put a handful of dry rice in the bowl, grind it with the pestle, then discard the rice. Repeat the process until you are getting white rice powder (if it’s greyish, that means you’re still getting grit or dust.) You can do this over several days if you want to give your arm a rest in between. This is also good practice in developing the technique.

When your rice powder is coming out white, put in some salt (a coarse salt such as rock or kosher), and grind it into the sides and bottom of the bowl all over. When the salt is ground, discard it, and rinse the bowl with water. Let dry, then repeat the procedure until the insides feel smooth.

Then put in the bowl 4 cloves of peeled garlic, a teaspoon of ground cumin seed, a teaspoon of coarse salt as above and a teaspoon of black pepper. Grind until the garlic is puréed and everything is mixed. Discard the mixture, rinse both the bowl and the pestle with just water, let air dry.

It’s ready to use. 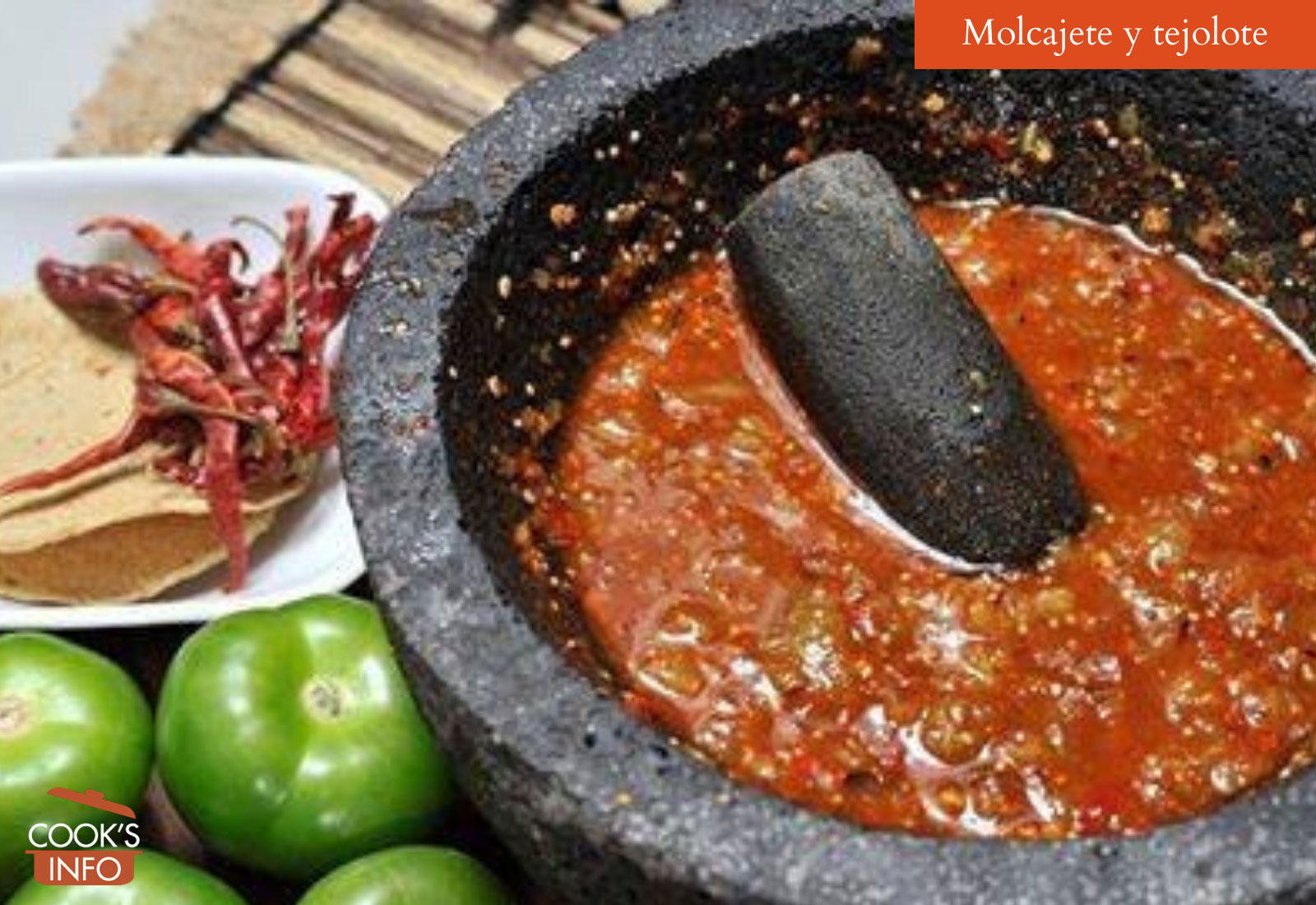 To use, always start with the most difficult items (most solid) to grind first, then work your way through the list of things you have to add, ending with the softest last.

A molcajete y tejolete can be used to serve from as well.

Wash with water, never soap, as the soap can be absorbed into the rock. You can use a dish or scrub brush. Never put one in the dishwasher. 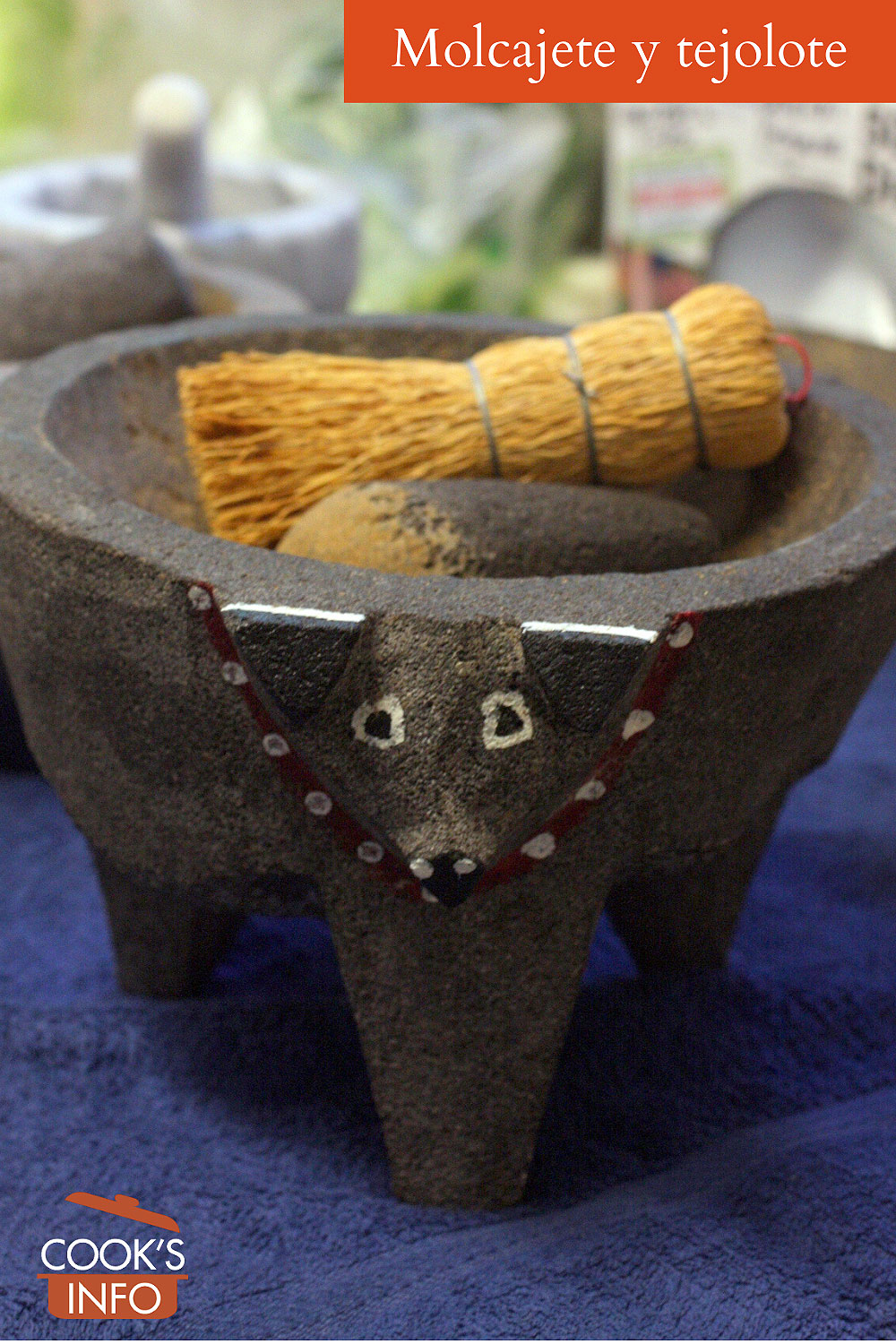 The Aztecs were using molcajete y tejolete in what is now Oaxaca, Mexico, before the Spanish conquest. 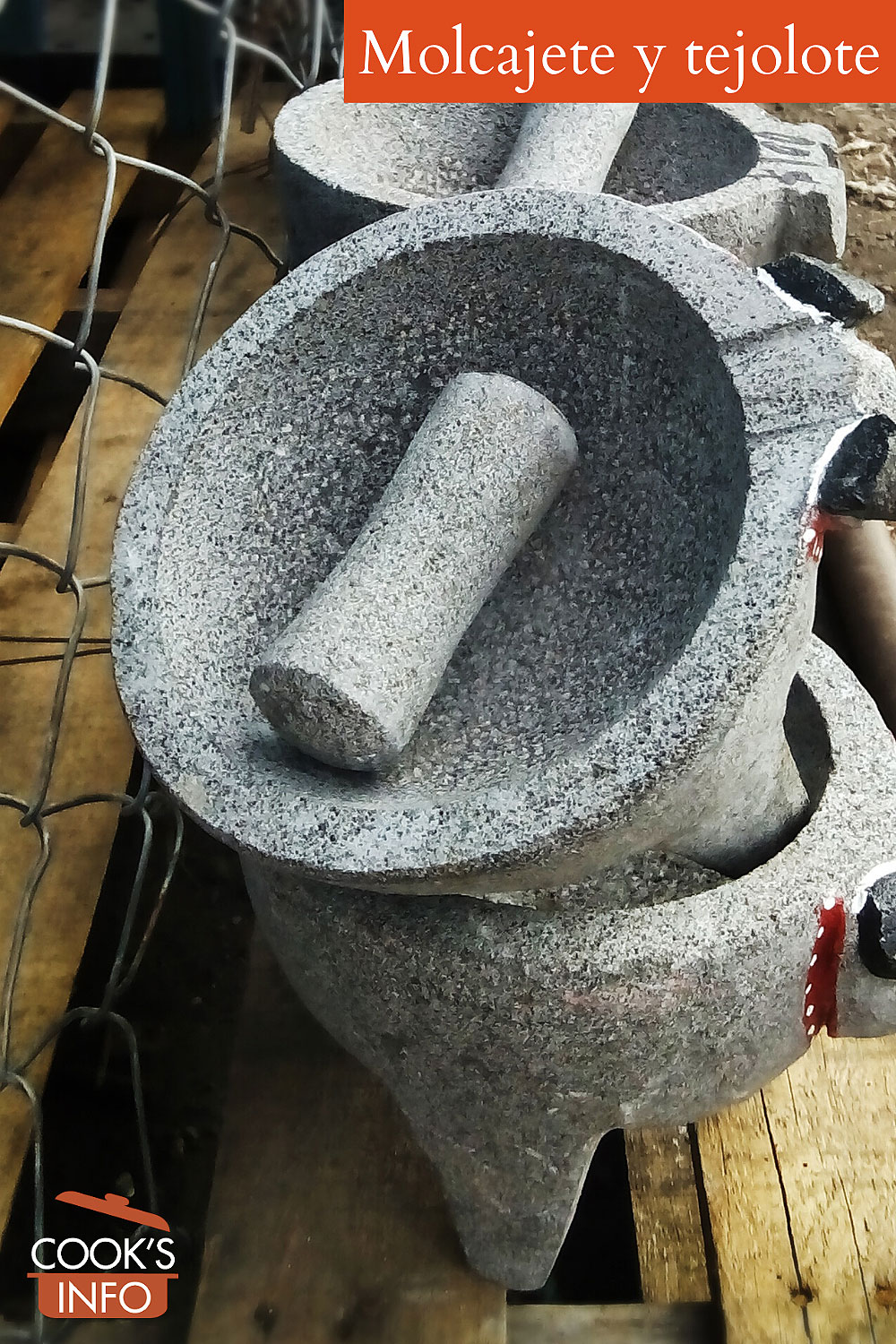