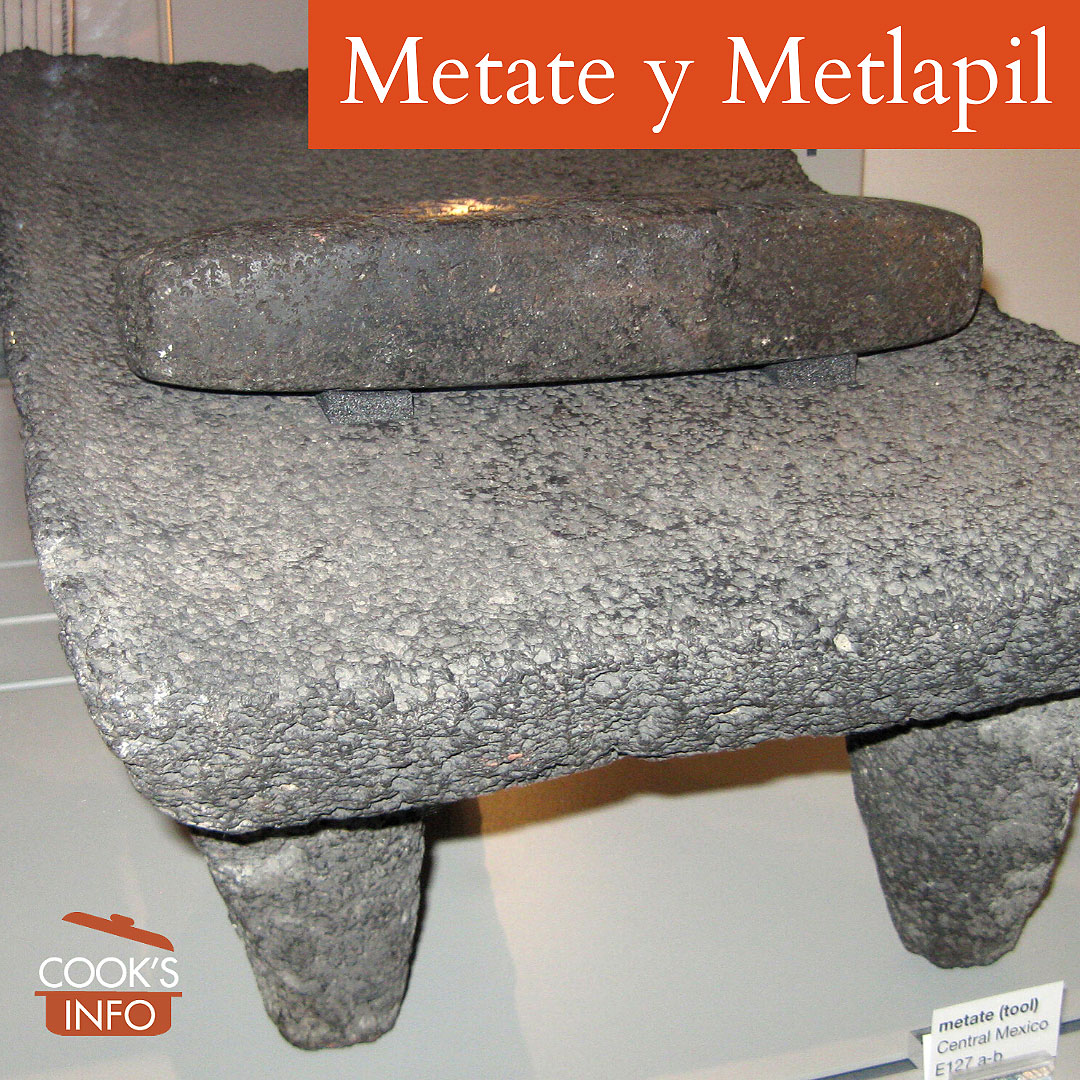 There are two types of mortars and pestles for kitchen use in Mexico. One is for dry ingredients, one is for liquid.

A “metate y metlapil” is for dry.

“Metate” is the mortar (the grinding surface); “metlapil” is the pestle.

Almost no one uses a metate y metlapil anymore, as they have been replaced with either hand-cranked grinders, or electric blenders.

The other type of mortar and pestle used in Mexico is a molcajete y tejolete.

Construction of a metate y metlapil

The mortar is basically a grinding stone, the Central American equivalent of the European mill stones or querns.

It is a stone slab with three short legs, with a top that is relatively flat, rough, and slanted. There are two shorter feet in the front, and a higher foot on the back to make it slanted. The surface will be about 50 cm long by 30 cm wide (20 inches x 12 inches).

The pestle is also made of rough stone.

The pestle part can also be called “mano”, meaning the grinding “stick”, thus an alternative name for this device being ‘metate y mano’.

To use it, you sit or kneel behind it, facing the slanted end, and grind downwards on the slope. You use the pestle as you would a rolling pin. You put your food in the centre, and roll the pestle back and forth over it.

A metate y metlapil needs to be seasoned first before using for the first time in the same way as a molcajete is (see molcajete y tejolete for the curing procedure.)

The version described is based on the Aztec version, which had three legs. The Mayan version just sat flat on the ground.

In Nahuatl (the Aztec language), “metate” comes from the word for the grinding surface, “metlatl.” “Metlapil” means “son of metate.” 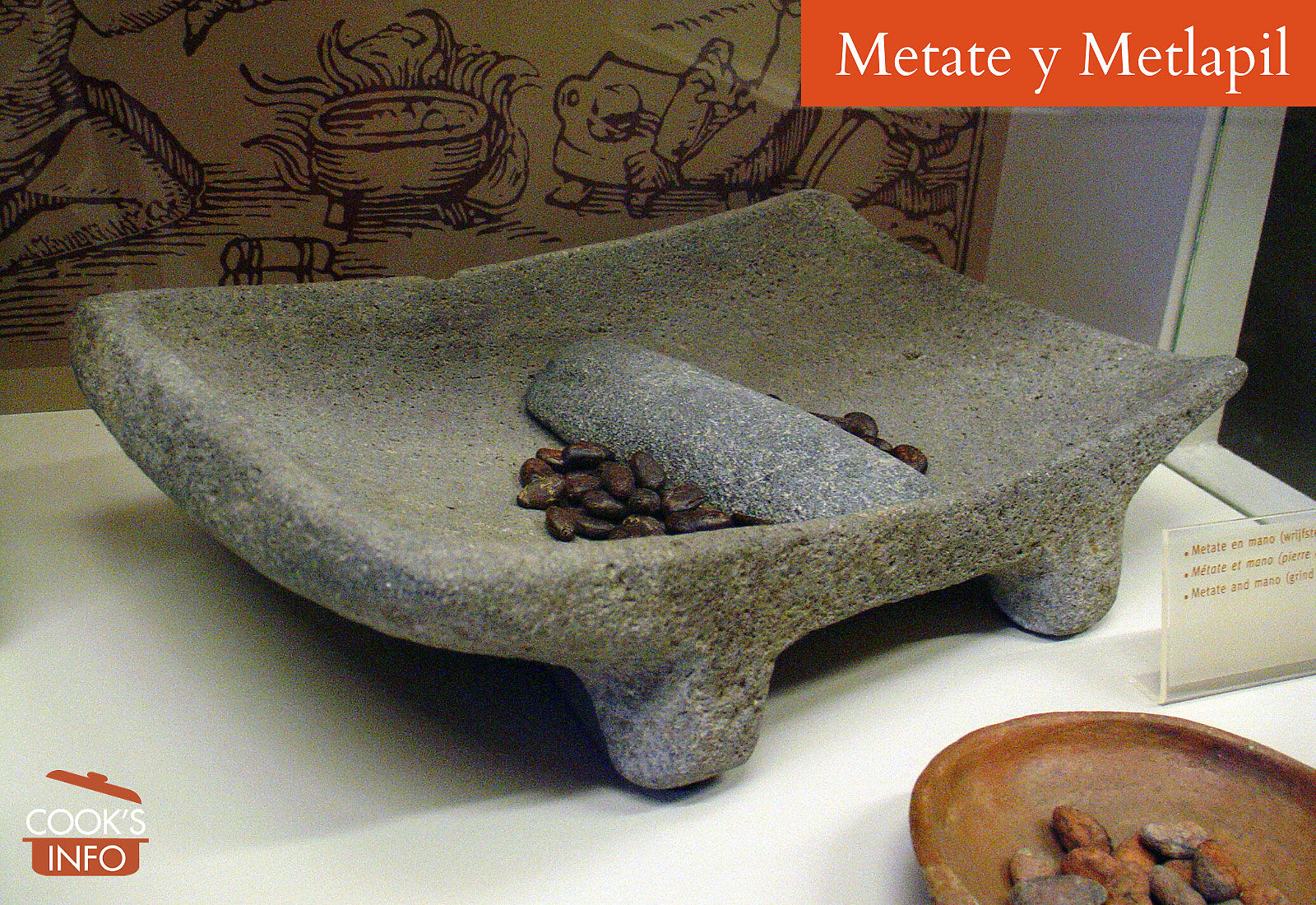