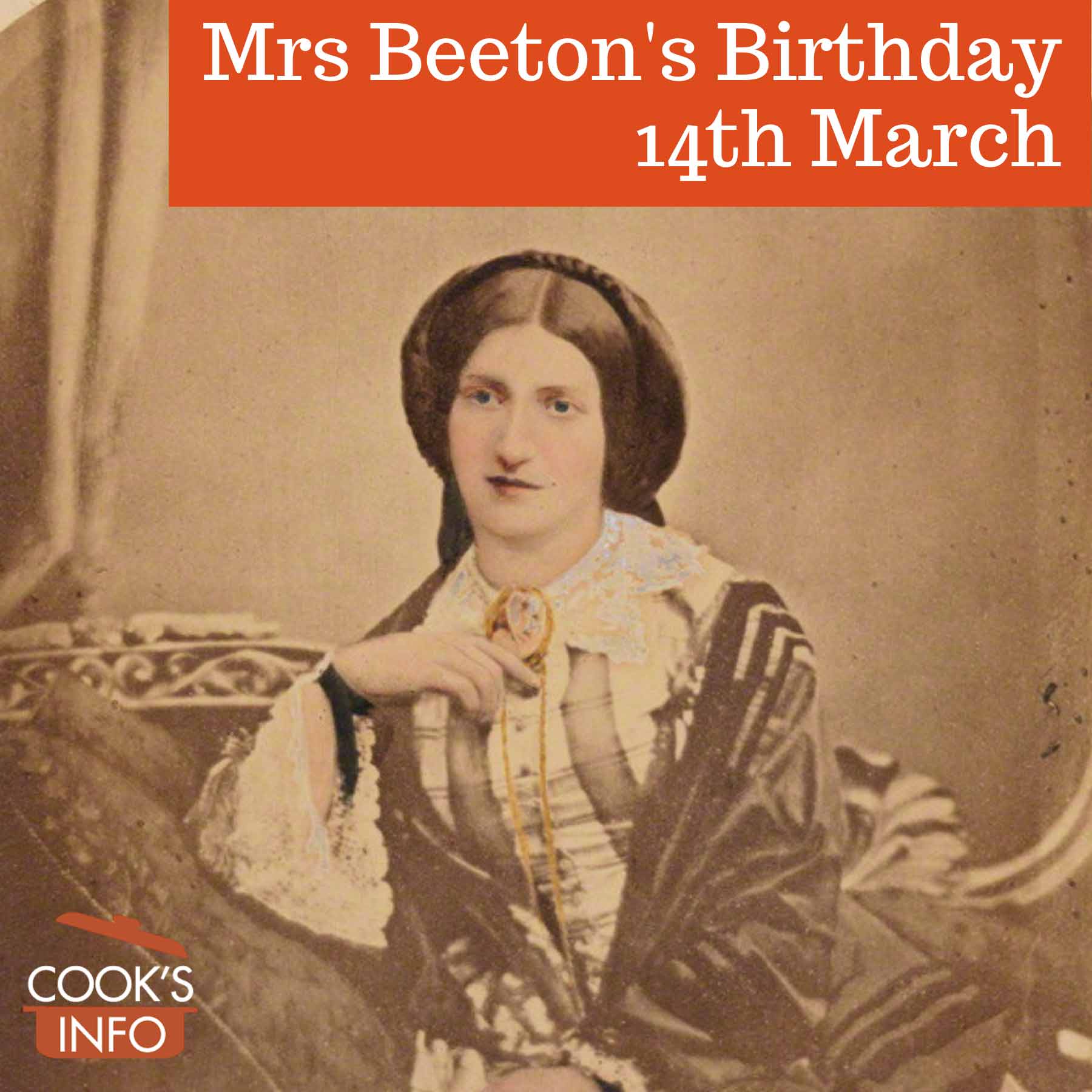 The 14th of March is the birthday of Isabella Mary Beeton.

Though her usual title of “Mrs Beeton” makes her sound like a very old woman, she in fact died shockingly young, just shy of 29 years old. [1]She died of puerperal fever, an after-childbirth infection which is now cured through the use of anti-biotics.

She is famous for the cookbook she published in 1861 when she was just 25 years old, which went on to become the Bible of Victorian cookery for the second half of the 1800s.

Had she published it now, she would perhaps also be famous for plagiarism, as most of the recipes were patently lifted from previous cookbooks by other people. But, she did rewrite them to fit her standard formatting, and those were the days before copyright laws and before much compunction about lifting other writers’ work. Her husband, a publisher, published entire books he didn’t own (such as “Uncle Tom’s Cabin”) without even bothering to change a single word.