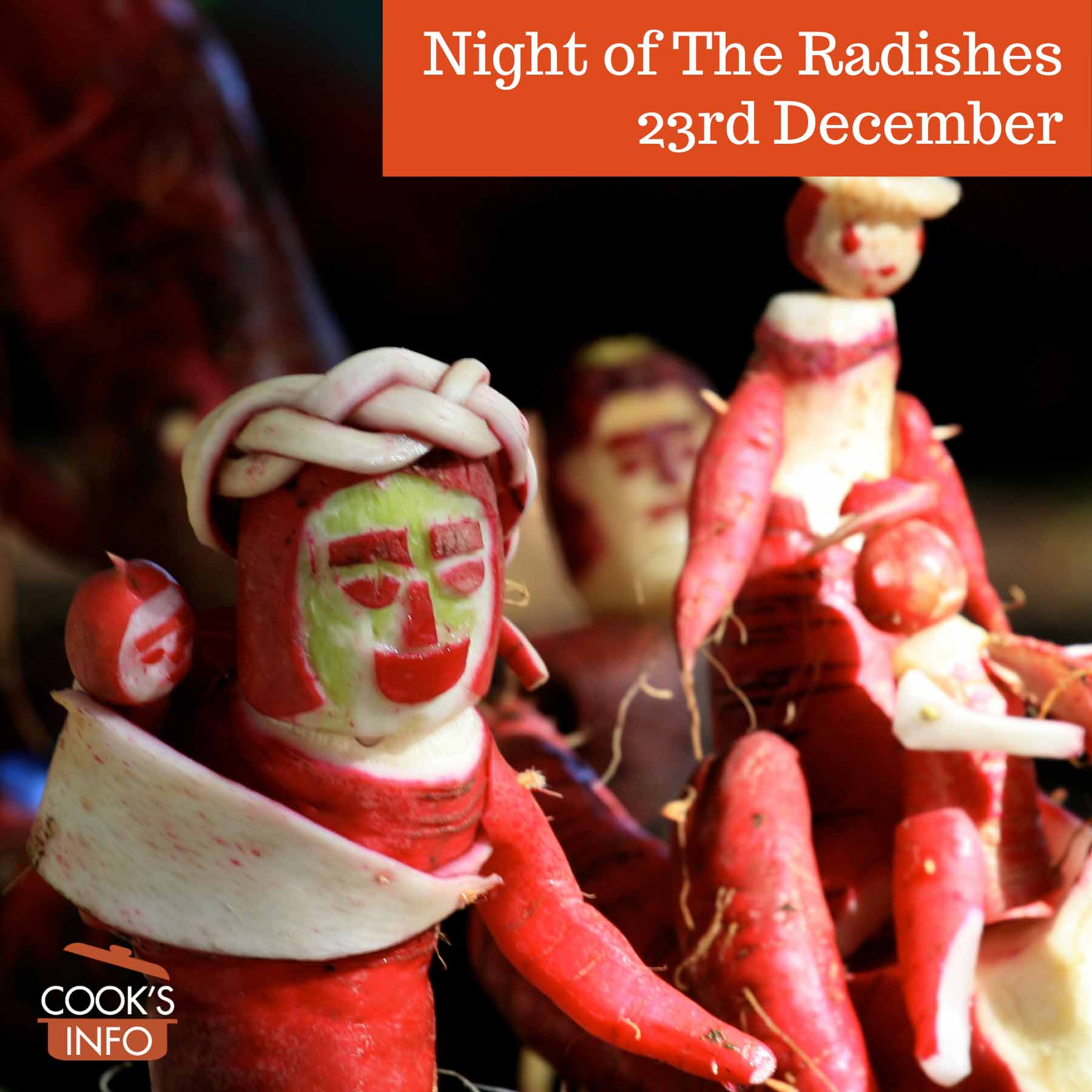 December 23rd is the Night of the Radishes (“Noche de Rabanos”) in the Mexican city of Oaxaca.

It is a festival where radishes are carved into small sculptures.

The radishes are specially grown to be larger than normal, to give the sculptors something to work with. They are harvested around the 18th of December, to allow time for the carving.

There was already a radish-carving tradition in Oaxaca in the 1800s. People would carve them for Christmas and sell them. In 1897, the mayor of Oaxaca declared that the night would officially be the Night of the Radishes. 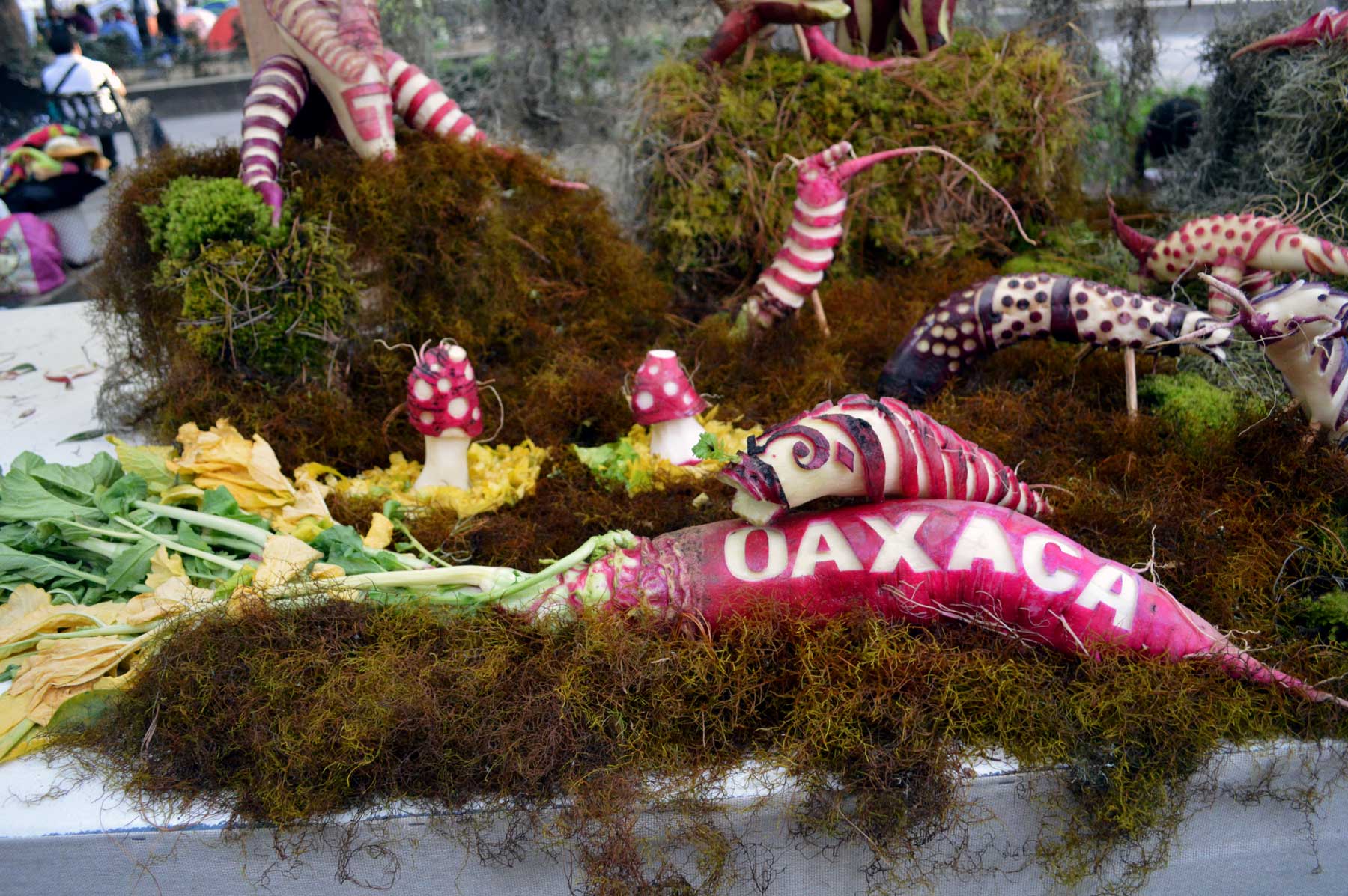 This web site generates income from affiliated links and ads at no cost to you to fund continued research · Information on this site is Copyright © 2022· Feel free to cite correctly, but copying whole pages for your website is content theft and will be DCMA'd.
Tagged With: Radishes