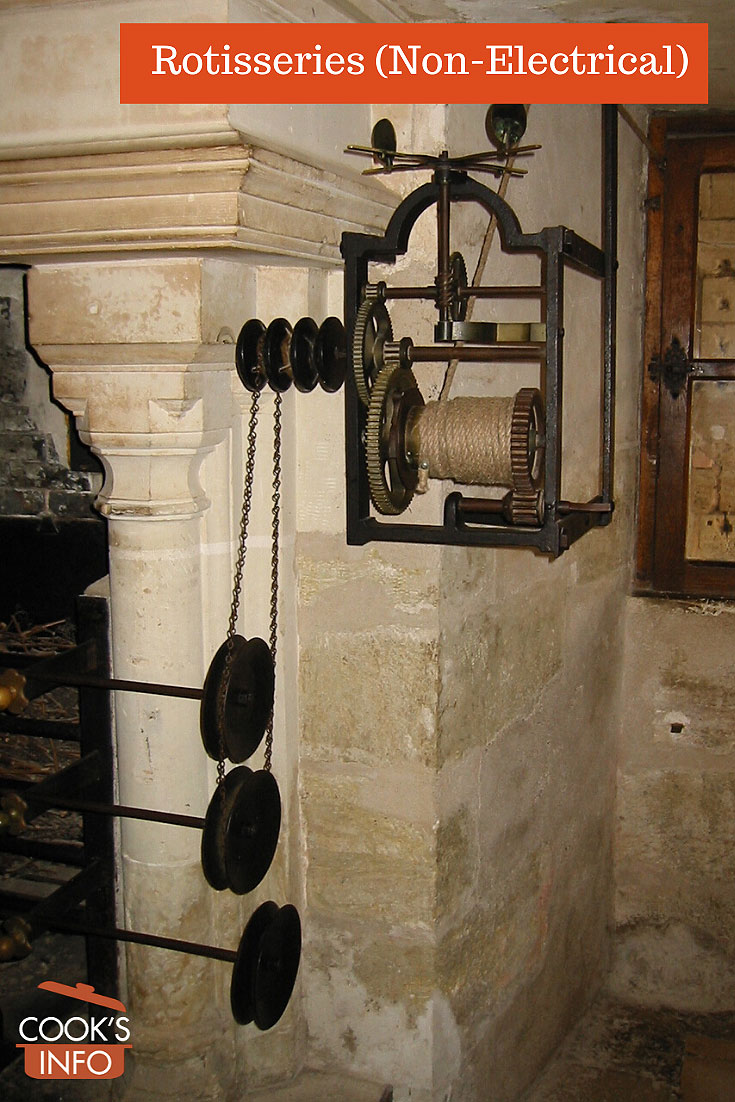 Château de Chenonceau kitchen. Spit rotating machine driven by a weight hanging down the outside wall over the river. AlMare / wikimedia / 2003 / CC BY-SA 2.5

They could be powered by various means including human or animal labour, water power, or clockwork mechanisms.

A hastener was a half-shell device open at the front. At the top of the device inside, you’d hang a piece of meat on a spit. The meat would hang down vertically, and be rotated automatically by a clockwork mechanism.

The back has a door in it that you can open to check on the progress of the meat, without having to turn the whole, very hot device around.

Clockwork spits were used for hanging meat to cook vertically from in front of or by a fire.

The spit would be on a chain, coming down out of a cylinder. You’d wind the clockwork mechanism inside with a key. The mechanism would turn and rotate the meat hanging down from it.

Between the clockwork mechanism and the actual spit below it would often be a spoked wheel on which you could put pieces of fat that would drip down onto the meat to baste it.

Some people had horizontal wall brackets mounted by a fireplace, that would swing out and back in place when not in use; you’d hang a clockwork spit off them.

This web site generates income from affiliated links and ads at no cost to you to fund continued research · Information on this site is Copyright © 2021· Feel free to cite correctly, but copying whole pages for your website is content theft and will be DCMA'd.
Tagged With: Cookware