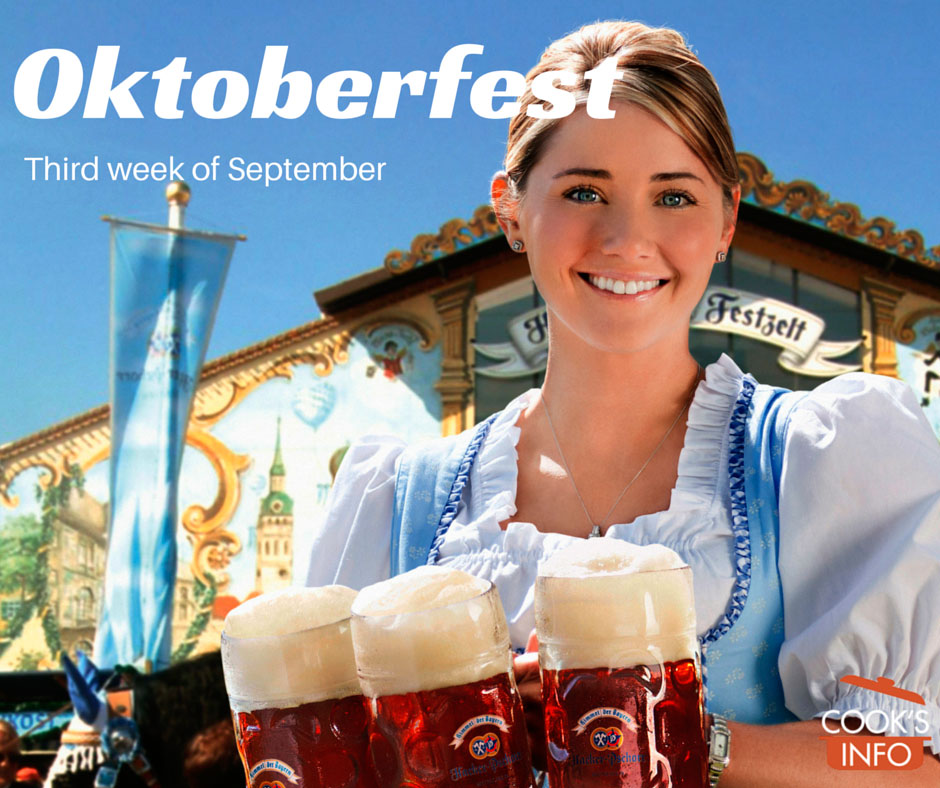 Oktoberfest starts in the third week of September. It is a time for beer, sausages, tubas, and hairy guys in leather shorts.

Though popularly seen as a German festival, it’s really a Bavarian festival, as evidenced by the traditional blue and white colours of Bavaria which are everywhere at the festival. The centre of celebrations is in Munich, Bavaria, Germany.

During the festival over six million people visit the festival in Munich (as of 2016.) Though not everyone in Munich goes to it; some locals naturally just don’t like all the crowds.

Festivities end each night at 11:30 pm, though now a few small tents are open till 1 in the morning for a younger crowd.

Oktoberfest, despite its name, actually starts in September, running over a 16 day period from the third week of September to the first week of October. It starts on a Saturday, and ends on the first Sunday of October. On the first day, things kick off at 11:00 am with a 4 mile parade, and then at noon the mayor of Munich taps the first keg. On the second day, there’s a traditional clothing parade. 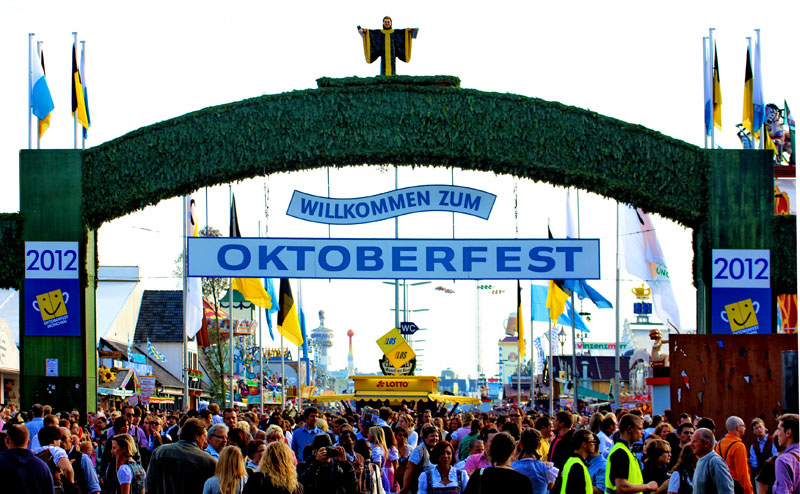 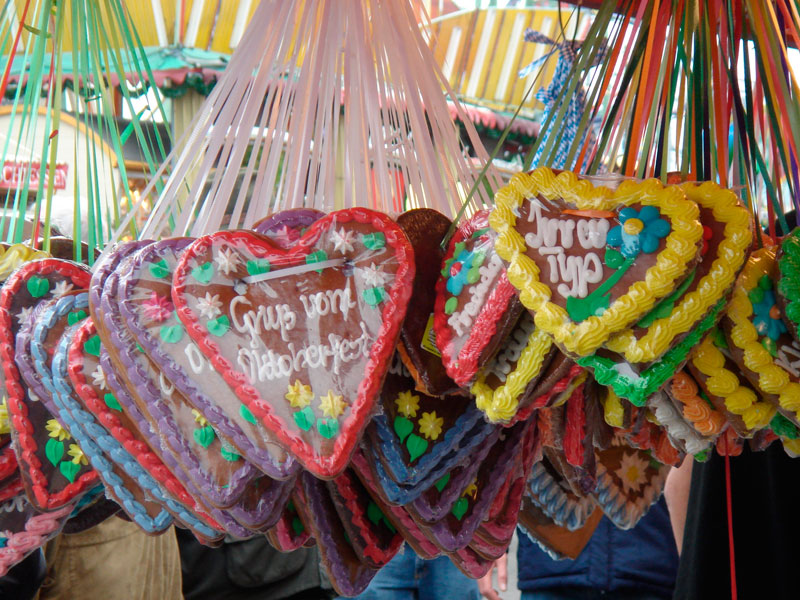 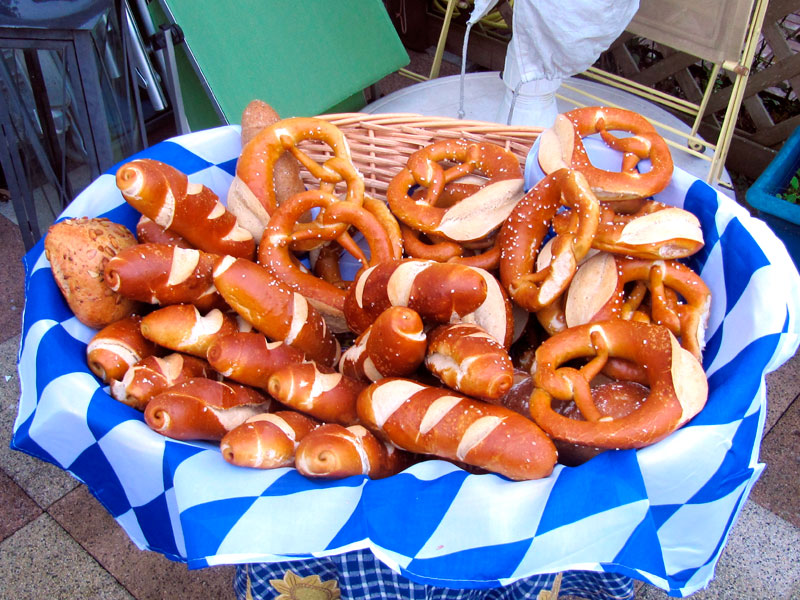 There are six breweries in Munich that all get involved in sponsoring parts of Oktoberfest: Augustiner, Hacker-Pschorr, Hofbräuhaus, Löwenbräu, Paulaner and Spaten:

“The Oktoberfest is and always will remain typical of Munich. The rules of the Oktoberfest stipulate that during the festival, only beer products from breweries in Munich can be served… The 6 breweries that meet these criteria, the “pillars” of the Oktoberfest are, Augustiner-Bräu, Hacker-Pschorr-Bräu, Löwenbräu, Paulaner-Bräu, Spatenbräu, Staatliches Hofbräu-München, all from Munich and producers of beer according to the rigid constraints imposed by the Edict of Purity.” [1]Accessed December 2020 at https://www.oktoberfest.net/oktoberfest-beer/” 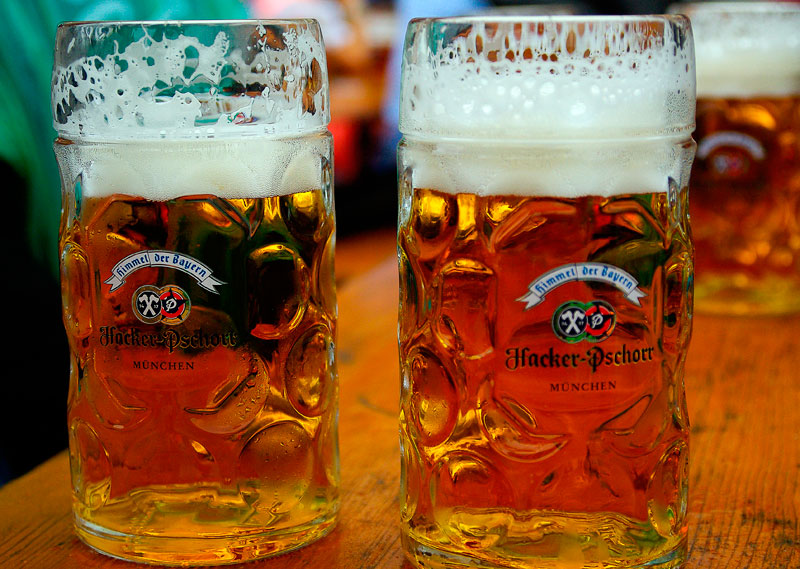 Hacker-Pschorr, one of the traditional beers allowed to be served at Oktoberfest. © jacqueline macou / pixabay.com / 2014 / CC0 1.0

There are 21 (as of 2020) small tents seating from 60 to 900 people, conducive to families and chatting with friends. [2]The small Oktoberfest tents. Accessed December 2020 at https://www.oktoberfest.net/small-oktoberfest-tents/

What Oktoberfest is mostly known for, though, are the large, boisterous tents seating thousands of people. As of 2020, there are 14 of those:

Most tourists go to the Hofbrau tent — it’s the only one that doesn’t require you to be seated when ordering a beer; you can walk around with it. It is usually full of Australians and New Zealanders. 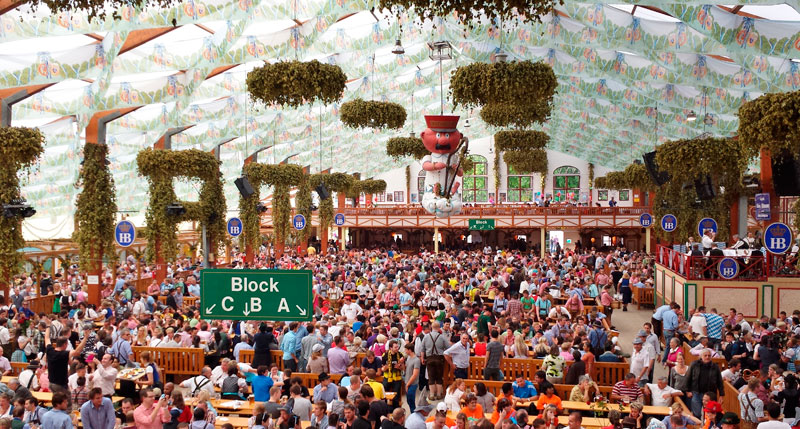 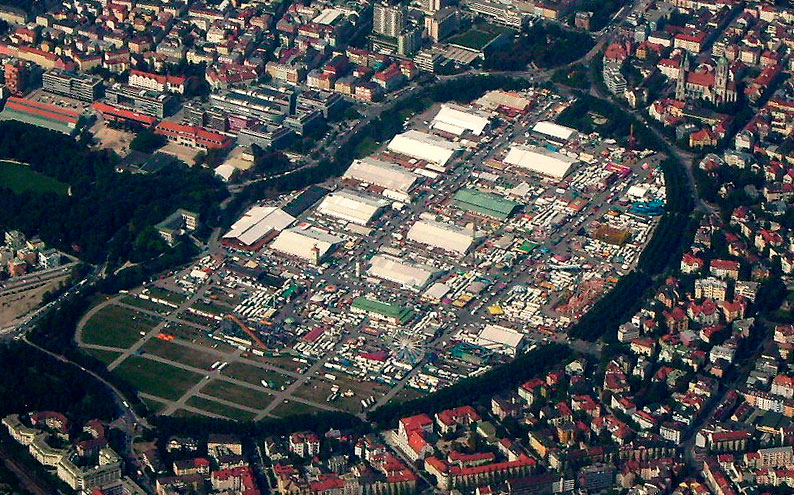 The oldest one in North America may be that which started in Milwaukee in 1846, but it’s called “German Fest” and is held in July. Kitchener-Waterloo, Ontario, Canada claims to hold the biggest real Oktoberfest outside Munich. 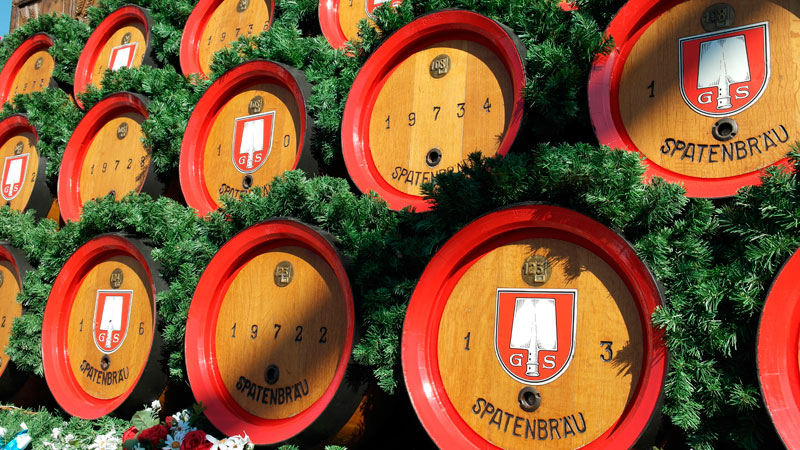 Oktoberfest started in 1810 as wedding celebrations for Bavarian prince Ludwig and his wife, Princess Therese of Saxony-Hildburghausen. It was a celebration held 12 October 1810 by his father, Max Joseph, who invited the commoners to join in. Five days after the wedding, there were follow-up horse races to celebrate. The horse races were such a success that they were held the next year, and the next, and then kept on going. Every year, more people attended, and more people came to sell them food and drink. 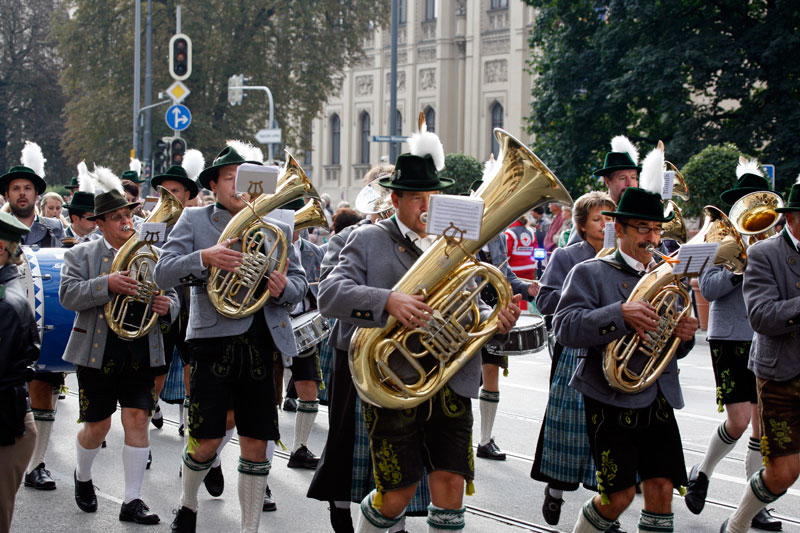 München means “monks”. The area had a number of monasteries, which started the beer brewing tradition. Locals just refer to the event as “Wiesn”, meaning “meadow”. 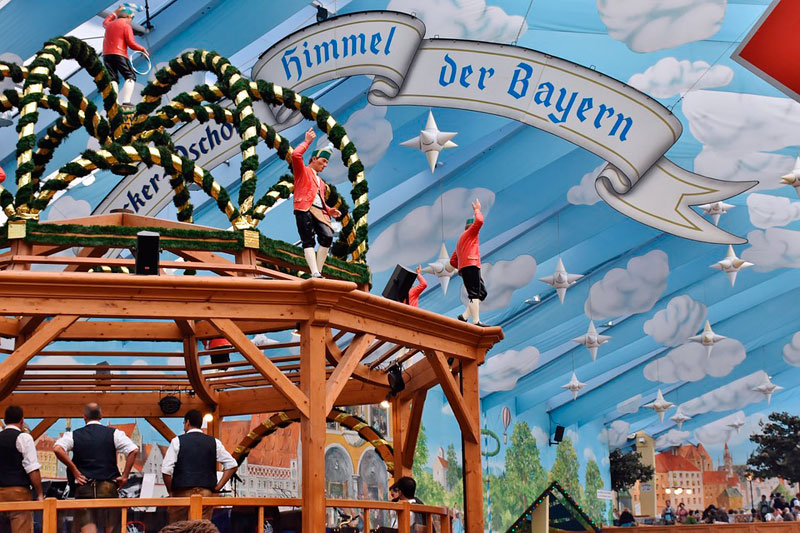 This web site generates income from affiliated links and ads at no cost to you to fund continued research · Information on this site is Copyright © 2022· Feel free to cite correctly, but copying whole pages for your website is content theft and will be DCMA'd.
Tagged With: Beer, German Food