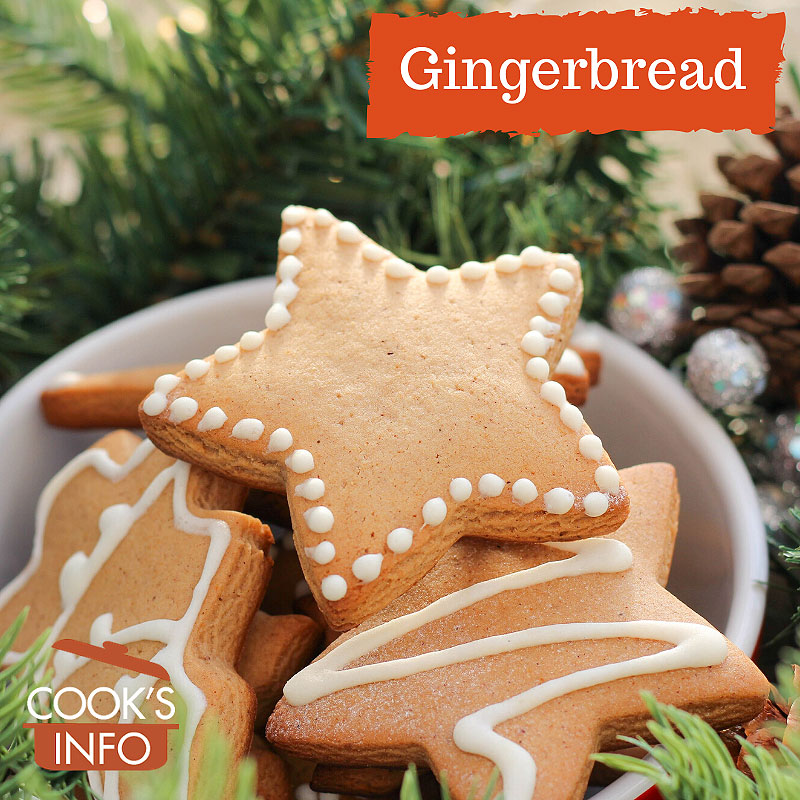 Gingerbread is a category of spiced, sweet baked goods in various European cuisines.

Gingerbread can be in the form of a soft risen cake, a flat hard cookie or biscuit, or an actual quick-bread in the shape of a loaf. It can be dark or light in colour. When made as a cookie, it is often cut into shapes.

The sweetener used is often molasses or dark brown sugar. The ginger in it may be fresh, minced, or powdered, or both. There may be other spices as well, but the dominant taste is ginger.

For cookies, the other ingredients are flour, baking soda, and butter.

For cake form, eggs and additional leavening may be added.

Gingerbread houses are more popular in Germany and North America than they are in the UK. 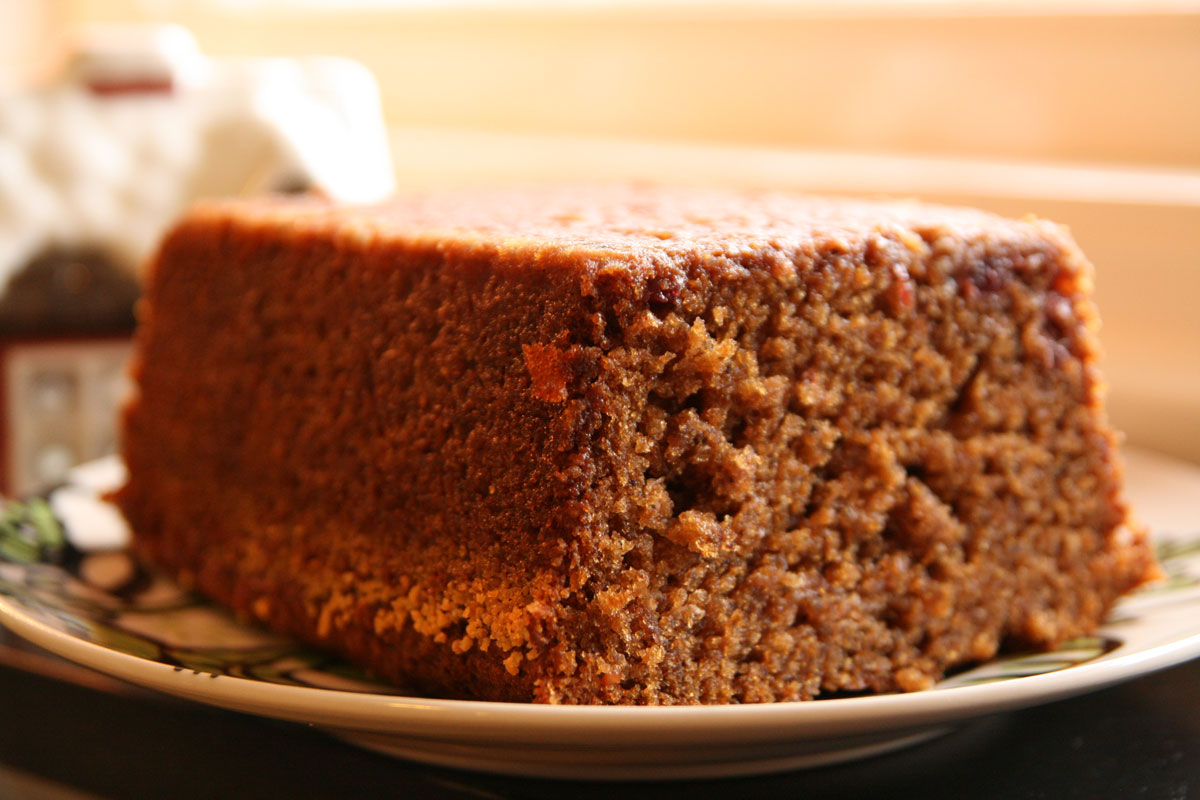 Ginger disappeared from Europe with the fall of Rome. It was reintroduced into Europe during the Middle Ages.

In the early Middle Ages, many recipes for gingerbread weren’t much like bread. It was more like a toffee, made of honey and bread crumbs (but no flour) and spices, then spread out, allowed to harden and then cut into squares. Spices used included dried ginger, red peppercorns, cinnamon, nutmeg, and cloves. [1]Ruth Goodman / BBC. Secrets of the Castle. Episode 5. 27 Nov 2014. Accessed Dec 2014 at http://www.bbc.co.uk/programmes/p02cxh35 The spices would be ground, then mixed with some honey into a paste. The paste would then be added to a mixture of bread and wine. The mixture is then spread out to dry and harden before being cut into small lozenges for serving.

In the Middle Ages, gingerbread was often a special treat that you bought and ate at fairs. At many villages in England, the tradition was that eating a gingerbread man would help you get a husband. If the fair was held on a saint’s day, there might be the image of a saint stamped on the gingerbread.

In the 1600s in England, a special baker’s guild had the exclusive right to make gingerbread (except at Easter and Christmas.)

At various points, gingerbreads were actually just spice breads — with no ginger in them.

In Germany, the gingerbread habit was the strongest, especially in Nuremberg.  The guild there was called the “Lebkuchler” because they made “Lebkuchen.” Today’s Lebkuchen cookies are spice cookies with no ginger in them.

In the American south, sorghum molasses would be used in making gingerbread; in the north-east, maple syrup.

Chaucer wrote about gingerbread in the 1300s; he called it “gyngebreed.”

In the late 1500s, Shakespeare referred to it as “ginger-bread”:

“An I had but one penny in the world, thou shouldst have it to buy ginger-bread.” — William Shakespeare, Love’s Labours Lost.

Gingerbread comes from the Old French word for “ginger”, “gingebras”, which in turn came from the Roman word, “Zingiber.”