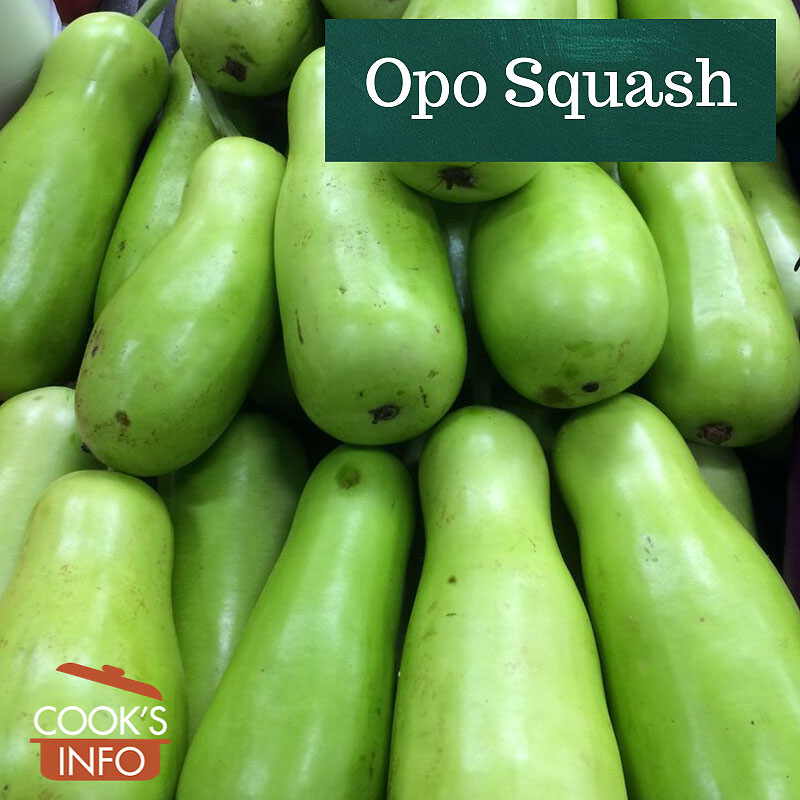 Opo Squash is actually not a squash, but a gourd. Its many names include “Long Squash” (particularly in Canada), and “Snake Gourd”.

It can curve in on itself, or be stout and plump.

The skin can be yellow to green. It has a hard skin, that stays tough after cooking.

Inside, it has white, firm flesh with seeds in it. It will have a mild taste when young, getting bitter as it ages.

Its subtle taste, like zucchini, needs something with it to make it interesting.

Choose firm ones, with no blemishes and the stem still attached. Younger, smaller ones are sweeter and more tasty. 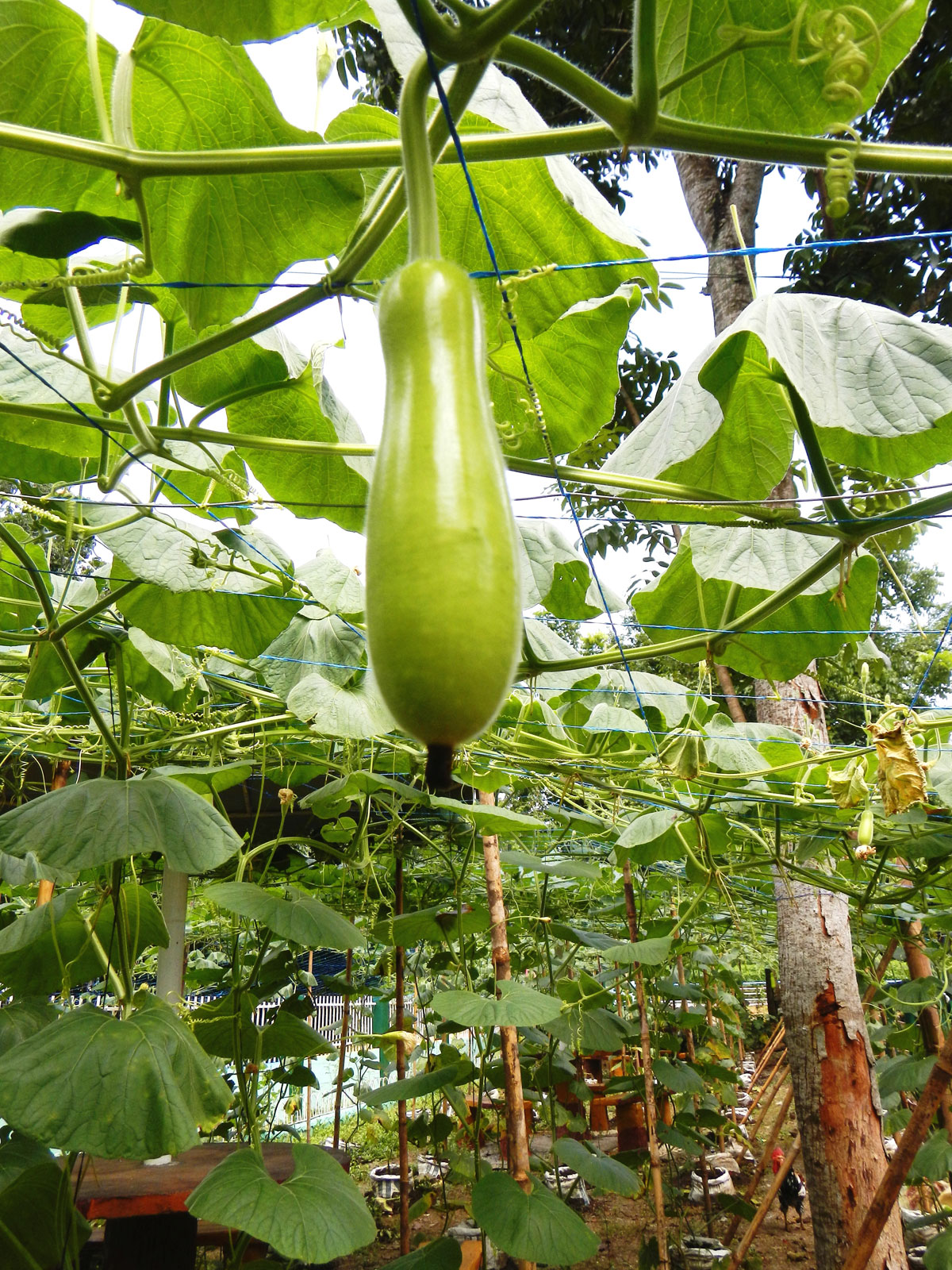 Peel before using; you don’t eat the skin. If the seeds are large, discard them.

Wash, slice in half, scrape seeds out with a spoon. Peel, then use as per recipe.

Use as you would zucchini for soups, stews, frying or stir-frying.

Stays firm and holds its shape when cooked.

Store in a plastic bag in refrigerator for up to 1 week.

Opo Squash is native to the Mediterranean (particularly Italy), though it is grown in Asia and parts of the Caribbean as well.

Called “Cucuzza” in some parts of Italy, though that may also be used as a general term for squash. 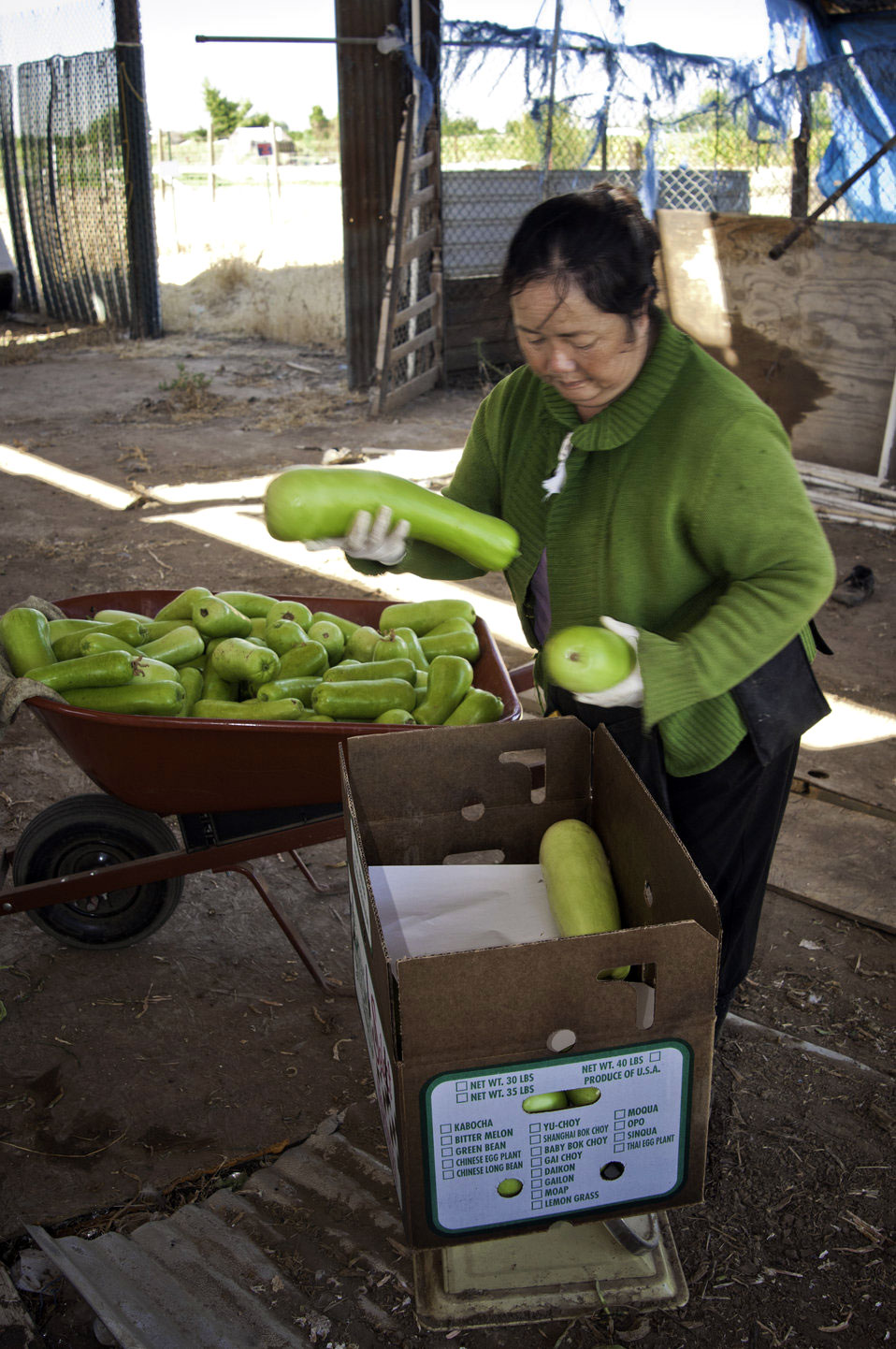 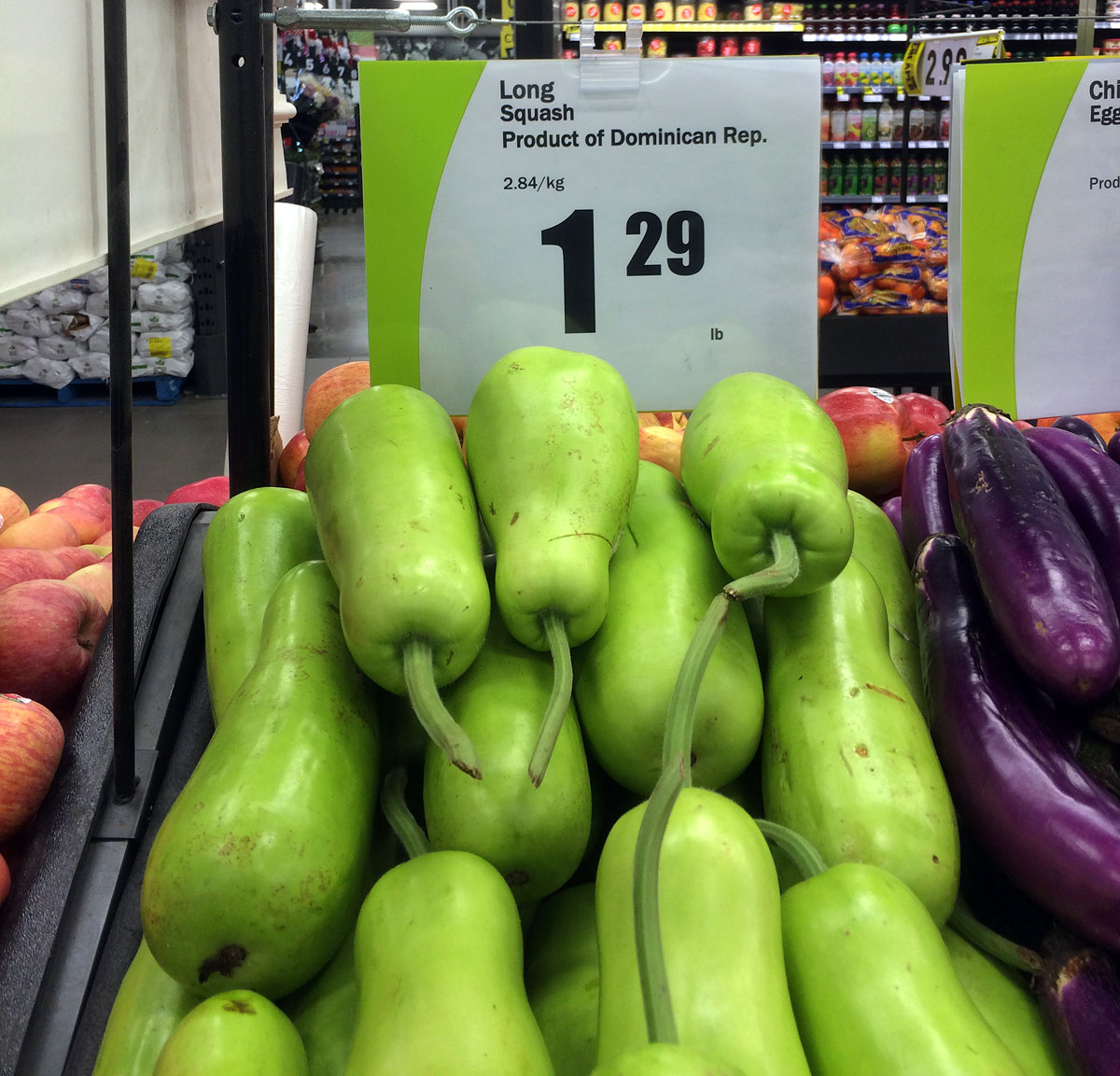 Opo Squash being sold under the name of “Long Squash” in Toronto. © CooksInfo / 2014

This web site generates income from affiliated links and ads at no cost to you to fund continued research · Information on this site is Copyright © 2022· Feel free to cite correctly, but copying whole pages for your website is content theft and will be DCMA'd.
Tagged With: Gourds