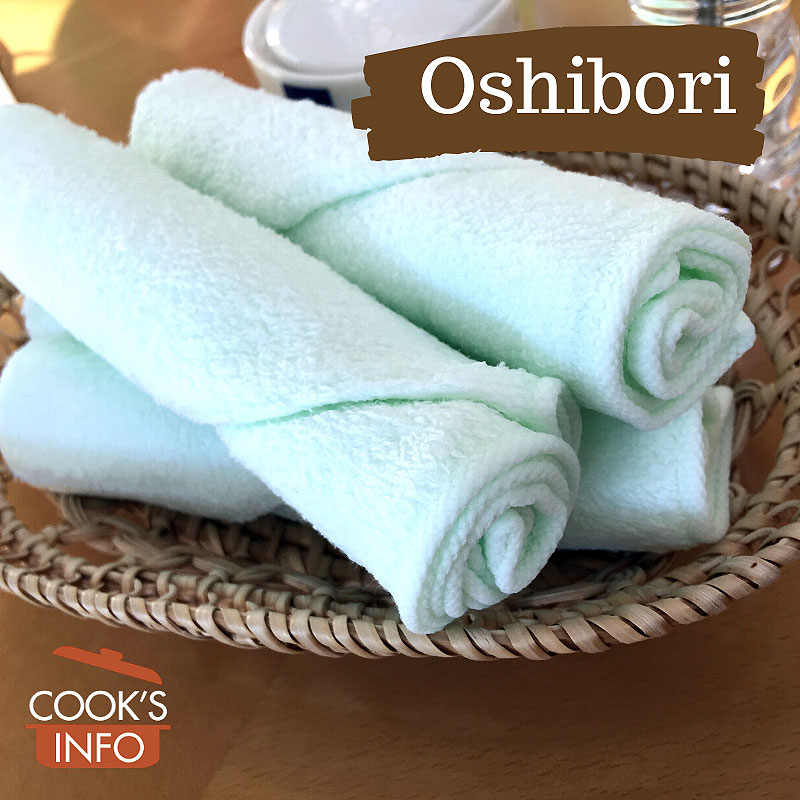 Oshibori are the hot, damp cotton towels that are given to you before a meal on airlines, in Japanese restaurants, and in a few of the more expensive Chinese restaurants, etc. They are for washing your hands at the table.

The standard-size of the cloth is 30 cm by 20 cm (12 inches by 8 inches.) They are now sometimes replaced with a paper towel.

The Japanese automated the complete process in the 1960s with machines. You place a cotton towel on a conveyor belt. The machine rolls the towel, puts it in a plastic bag and seals it. If this is being done on the premises where the towels are used, the machines will then heat the towels as well. 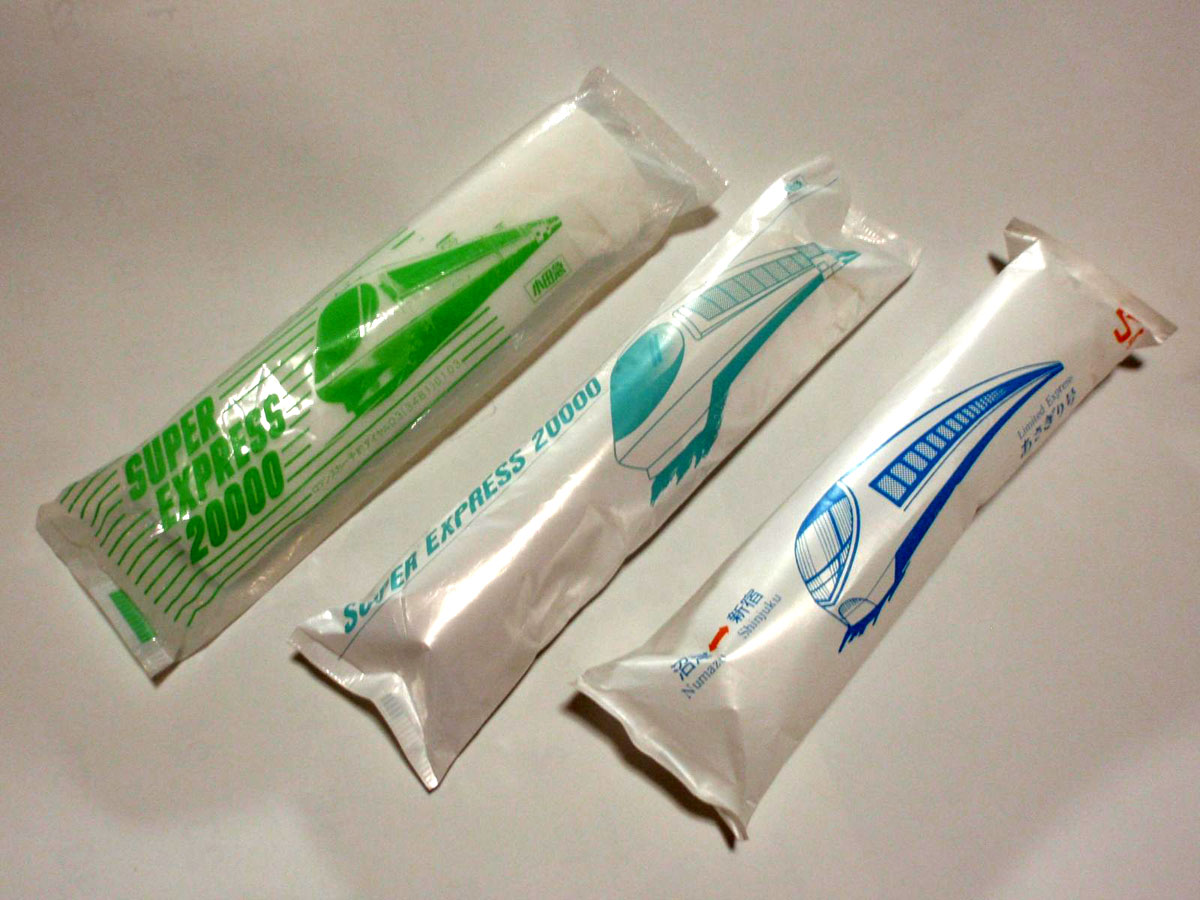 There are many variations on the machines to suit various customer needs. Some machines now allow for larger, face-sized towels. Some machines are much smaller so that they will fit on a table top. These will roll the towels for you, but not package them.

Though the towels supplied are reputedly well-cleaned and sanitized before being used again, from time to time some Japanese consumers have wondered what actual assurance they have of that. It’s not completely unheard of for sloppy restaurant staff there to take a used Oshibori towel after the customer has left and use it to give a quick wipe to the table. Delivery services reserve the right to penalize restaurants if the towels are ruined through being used for anything other than “a hand and face wiper.”

The towels are given to you when you sit down in restaurants. In Japan, you get cold ones in summer, hot ones in winter.

In Japan, it’s acceptable to retain it to wipe your fingers throughout the meal because in Japan, you don’t often get provided table napkins. It’s not acceptable in Japan, however, to wipe your face with the towel. Some disagree and say it’s fine, especially in the summer with a cold towel. Others counter that however often you see it done, it’s still not okay. It’s slightly more forgiven if men do it than if women do, but still no one should do it in a very good fancy restaurant. It’s not acceptable anywhere to blow your nose on it.

When you have finished with the towel, fold it or roll it up.

“Shibori” means “to roll up”. “O” at the start of the word in Japanese is a prefix meaning “with respect”.

“Oshibori wo kudasai” is Japanese for “moist towels, please.” 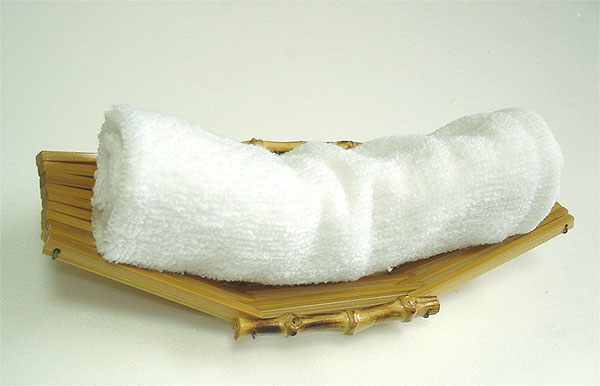 This web site generates income from affiliated links and ads at no cost to you to fund continued research · Information on this site is Copyright © 2022· Feel free to cite correctly, but copying whole pages for your website is content theft and will be DCMA'd.
Tagged With: Cloths, Japanese Food