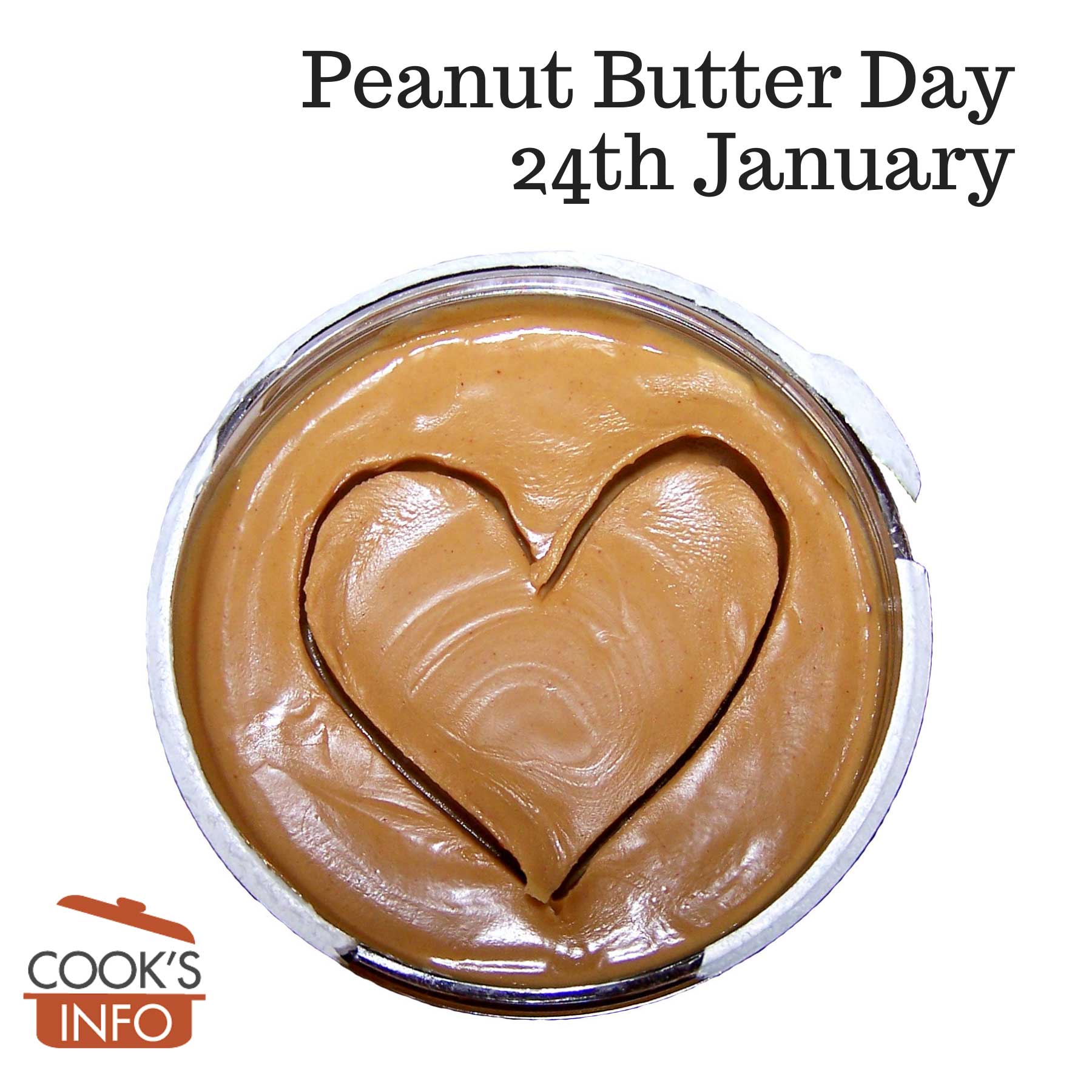 The 24th of January is Peanut Butter Day.

Today you might wish to have a peanut butter sandwich, or make a dish with peanut butter in it. And you know, it doesn’t have to be a sweet dish: there are some savoury dishes that call for peanut butter!

In some years in the past, Peanut Butter Day has been held on the 15th March or 3rd of March. But in 2002, on 14th March, Saxby Chambliss, representing Georgia in the American federal House of Representatives acknowledged Peanut Butter Day as occurring on the 14th of March, and Peanut Month as the entire month of March, which is promoted by the Georgia Peanut Commission.

Some feel that Peanut Butter Day should be the 4th of November, as that’s the day in 1895 that John H. Kellogg filed a request for a patent for a “Process of Preparing Nut Meal.” That, however, was not anything remotely like peanut butter. The first American patent for producing peanut butter was issued in fact on 21 October 1884; see the entry on peanut butter for details.

CooksInfo has no idea how Peanut Butter Day got wrenched out of Peanut Month in March and moved into January, but it also seems to have floated into July in some places over the years.

This web site generates income from affiliated links and ads at no cost to you to fund continued research · Information on this site is Copyright © 2023· Feel free to cite correctly, but copying whole pages for your website is content theft and will be DCMA'd.
Tagged With: Peanuts