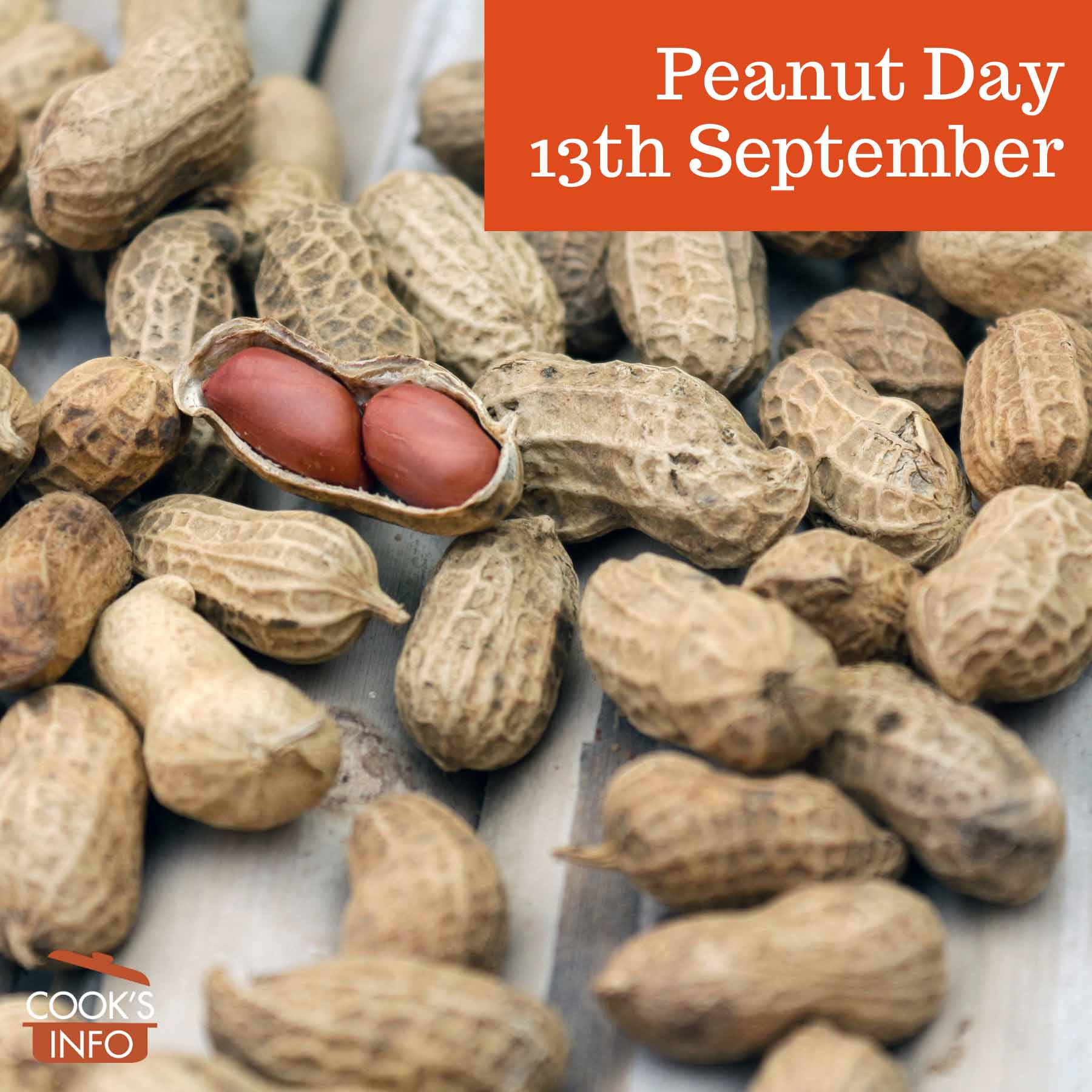 The 13th of September is Peanut Day.

Peanuts are a very common, affordable food, but still it’s easy to let time slide by without having any, so… have some peanuts today!

Peanuts can be used in both sweet and savoury dishes, and are, of course, also a snack food par excellence, with good levels of protein, fibre and unsaturated fat. Though remember, they still pack a lot of calories too, so snack moderately on them, especially if they are salted.

Do you like peanuts already shelled, or do you like to shell your own to slow you down eating them? Do you like them plain, salted, honey roasted, or with another type of coating?

When they shell peanuts for you in factories, those peanut shells don’t go to waste: they can be used industrially for many things, from kitty litter to artificial fireplace logs.

A peanut, of course, is not really a nut. It is a legume that grows underground, but we treat it as a nut. It’s part of the pea family. Think about its name: pea nut. Now you’ll never be able to unsee that again.

In the 1950s through to at least the 1980s, the Kiwanis organized a National Peanut Day on the fourth Friday of September. They sold peanuts on this day to raise money for their work:

“The Austin Kiswanis club today launches its second annual Peanut Day. Something new has been added to the contest this year, however. A Mr. Peanut will be selected as well as a Miss Peanut. The judging will be done on the basis of short essays which the contestants will be asked to write. And — best of all — the boy and girl winner will each receive a fancy bicycle. The contest will reach its climax on National Peanut Day, set for Sept. 24, when the king and queen will help members of the Kiwanis club sell peanuts to raise funds for youth activities sponsored by the Austin group.” — Kiwanis Open Peanut Day Contest. Austin, Texas: The Austin News. Wednesday, 18 August 1954. Page 1, col. 7.

There’s a 1966 mention of this Peanut Day in Illinois.

The Kiwanis Peanut Day was still ongoing in the 1980s [2]Peanut Days. Streator, Illinois: The Times. Saturday, 24 September 1983. Page 1, col. 4. and in the 1990s, print media still referred to National Peanut Day being on the fourth Friday of September.

By 2001, though, sadly, print mention of the day was suddenly disconnected from its origins raising money for community projects, and becoming just another nonsense food holiday, lurched to the fixed date of September the 13th:

The 2001 mention attributes the source for the day just as “internet sources”.

This web site generates income from affiliated links and ads at no cost to you to fund continued research · Information on this site is Copyright © 2021· Feel free to cite correctly, but copying whole pages for your website is content theft and will be DCMA'd.
Tagged With: Peanuts