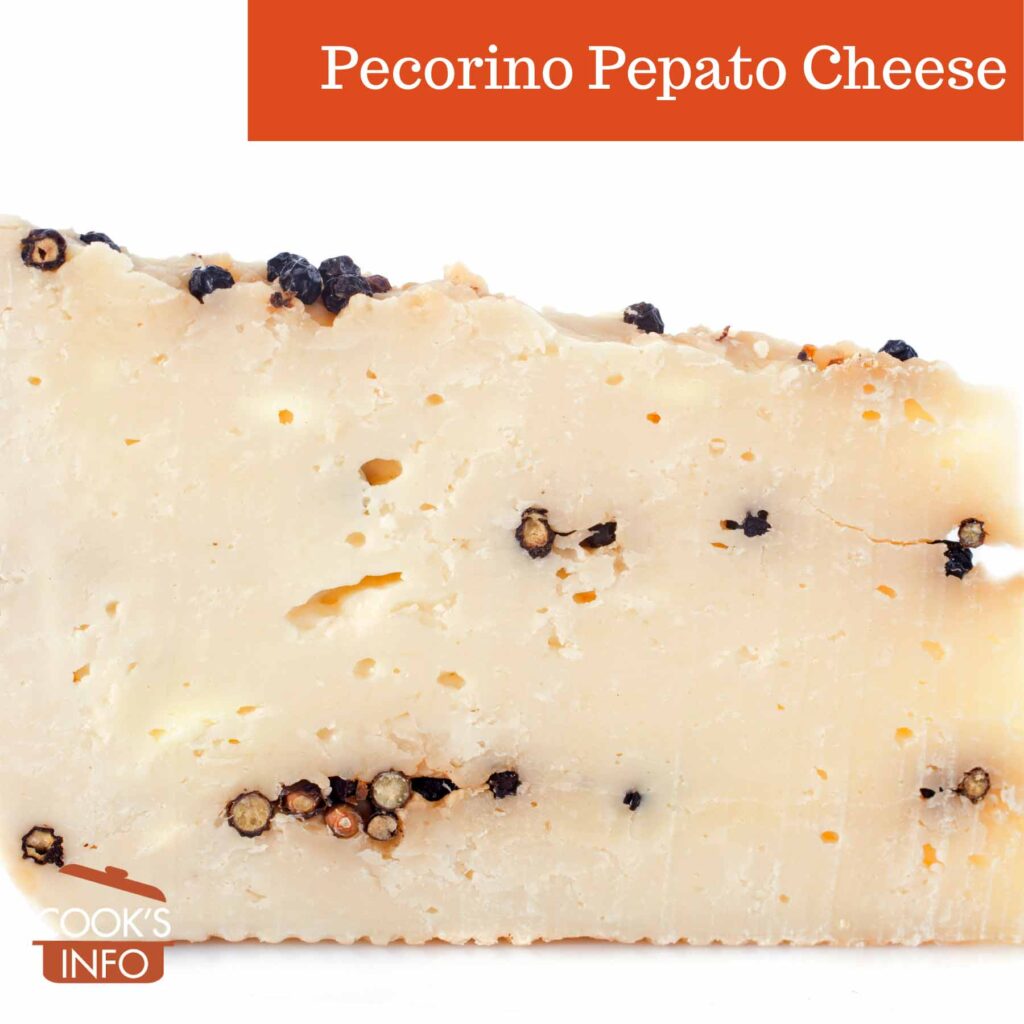 Pecorino Pepato is typically a sheep’s milk cheese which has crushed black peppercorns stirred in.

The cheese mellows the flavour of the peppercorns, making them less overwhelming.

There is not one single producer or standard, because the name is not protected. Traditionally, though, it was made in Sicily.

It can be sold young or aged. It gets sharper as it ages.

When young, it will be moist and can be used as a table cheese. When aged, use it as a grating cheese.

There are other varieties of Italian cheeses that also come “pepato”, such as the American “Italian” cheese, BelGioioso, and specialty American versions of Romano cheese.

This web site generates income from affiliated links and ads at no cost to you to fund continued research · Information on this site is Copyright © 2022· Feel free to cite correctly, but copying whole pages for your website is content theft and will be DCMA'd.
Tagged With: Italian Cheeses