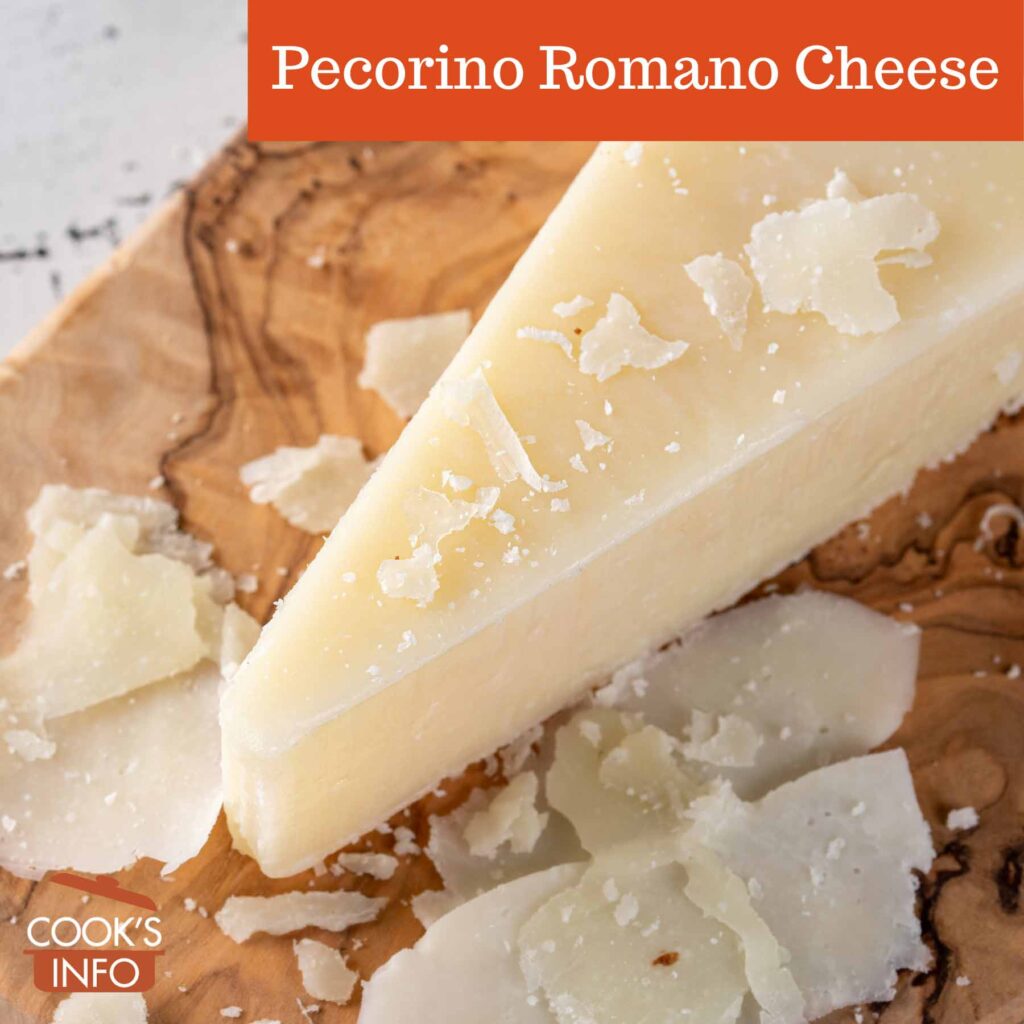 Pecorino Romano is a creamy-white cheese made from sheep’s milk.

It’s often just called “Romano Cheese”. The cheese seems a bit like Parmesan, but grates more finely and has a sharper, saltier taste.

To make it, the sheep’s milk is curdled, then the curd is drained, then pierced to make fine holes, then salted, moulded and aged.

The American version of Romano is usually made from cow’s milk. In North America, the aged, hard version is the most common, but in Italy you can also get the younger, softer versions.

Pecorino Romano is an EU PDO protected cheese. It can only be made in Italy in the regions of Lazio and Sardinia, and in the Grosseto province of Tuscany.

Romano stands up well to or in spicier dishes. The aged version grates well, like Parmesan.

For the hard Pecorino Romano, you can substitute Parmesan, Asiago, Grana Padano or any other Pecorino cheese.

The Romans made a cheese that appears to have been very much like this. It stored well, so it often appeared as part of a legion’s rations.

The Romans even had their own legend about how the cheese was invented. A shepherd had a skin filled with sheep’s milk. The rocking motion of his walking (or riding) combined with the milk fermenting made the first version of the cheese. This legend, though, is hardly unique to either the Romans or to Italy, for that matter.

The Romans called the area around Rome “Latium”. Today it is called “Lazio”.

This web site generates income from affiliated links and ads at no cost to you to fund continued research · Information on this site is Copyright © 2022· Feel free to cite correctly, but copying whole pages for your website is content theft and will be DCMA'd.
Tagged With: Extra-Hard Cheeses, Italian Cheeses, Lazio Food, PDO