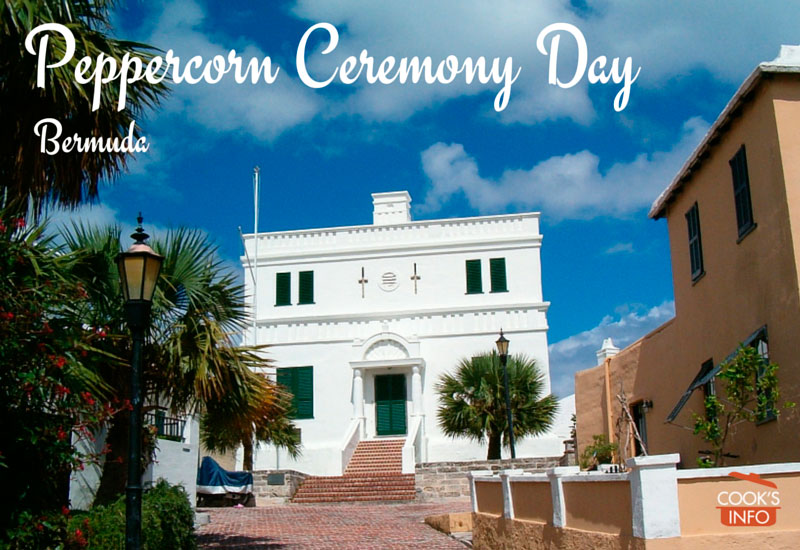 The Peppercorn Ceremony is held in St George, Bermuda on the Wednesday nearest St George’s Day, which day usually falls on 23rd April.

The ceremony, full of pomp and circumstance, is held in King’s Square in front of the limestone-block State House, starting around 11 in the morning.

The Governor of Bermuda comes to collect the rent for the State House from the St. George’s No. 200 Masonic Lodge of the Grand Lodge of Scotland. The rent owed annually is exactly one peppercorn.

The State House (originally called the “Sessions House”) was built in 1620 by Governor Nathaniel Butler, making it one of the oldest buildings in the New World. It was used until 24 December 1814 for the General Assembly of Bermuda, when the Assembly moved to Hamilton, Bermuda. The government rented it out to the Masonic Lodge starting in 1816 (some say 1815) for one peppercorn a year, a lease which continues to this day.

You can celebrate the day by enjoying some freshly-ground pepper from peppercorns, or including whole peppercorns in a recipe.

Strawberries with pepper and whiskey 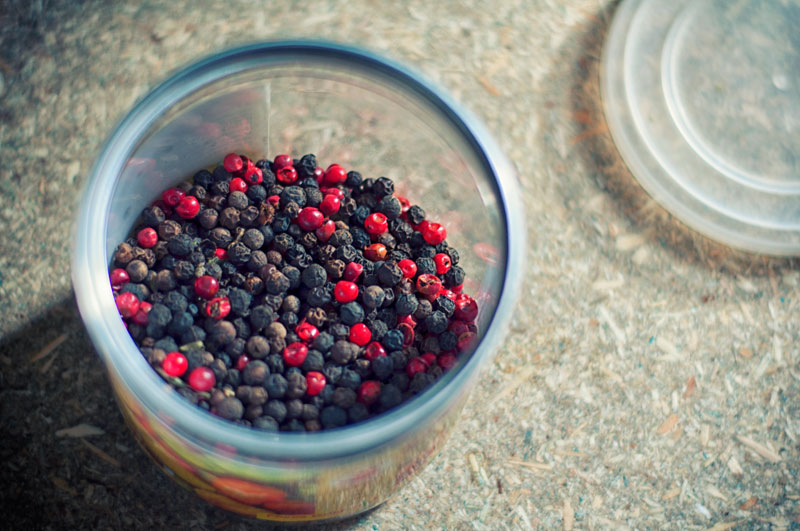 This web site generates income from affiliated links and ads at no cost to you to fund continued research · Information on this site is Copyright © 2021· Feel free to cite correctly, but copying whole pages for your website is content theft and will be DCMA'd.
Tagged With: Peppercorns