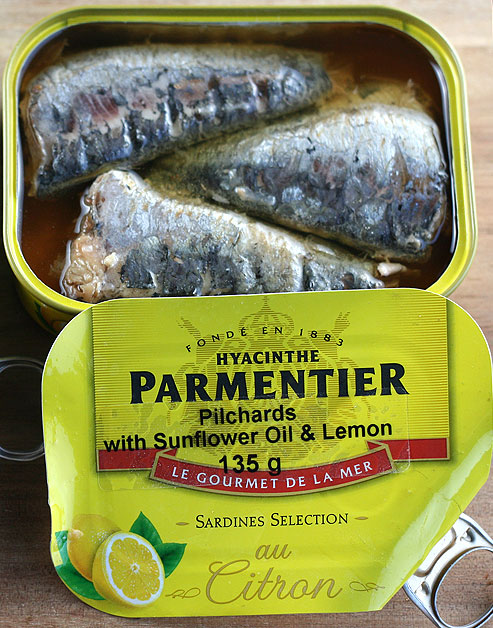 Sardine is a word that can mean different fish. It’s best now to think of it as a “category” word, rather than one actual fish.

That being said, pilchard sardines are considered to be the true and original type of fish referred to as a “sardine.”

They are often just referred to as “pilchards” as well.

Pilchards used to be the biggest catch off the coast of Cornwall, England, but stocks declined at the start of the 1900s.

They are usually only available fresh near fishing ports; otherwise they are sold canned.

They are very oily and very strong tasting; they’re also somewhat larger than other sardines which are herring or brisling.

When fresh (i.e. untinned), pilchards stand up well to grilling and frying, which are considered the best ways to cook them.

When canned, they are often mashed for use as a sandwich filling, or eaten room temperature out of the tin as is.

The name sardine probably originated from the catches of young pilchards caught off Sardinia, Italy. 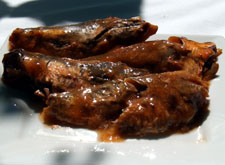