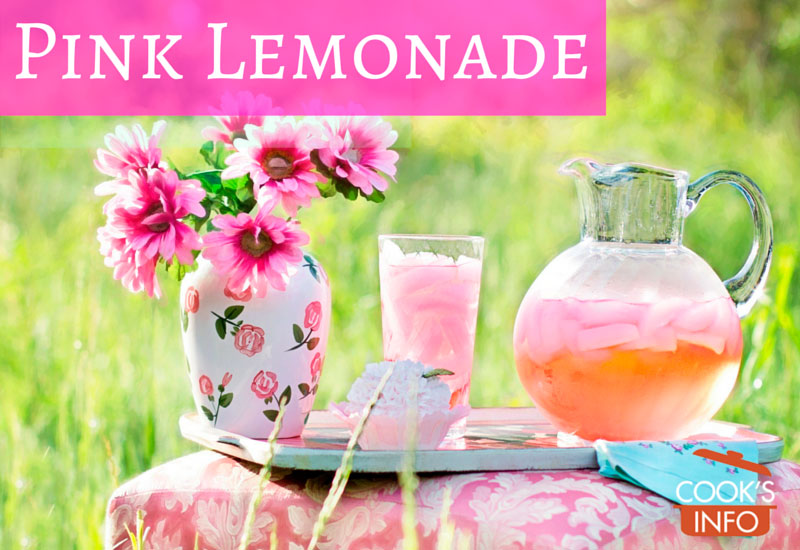 Pink Lemonade is lemon-flavoured beverage with a cloudy, pink hue to it. It is usually served cold.

Commercially, Pink Lemonade is made from lemon juice, sweetener, water, and a pink dye. The dye may be artificial, or natural such as cranberry juice, or grenadine.

Stories ascribing the origin to red-long johns or other clothing falling into a vat of lemonade (or red candy hearts) at a circus can be classed as charming legends, particularly as they are all undated, and seem to rehash other similar legends before them said.

The earliest reference we have found to date to Pink Lemonade is in 1896:

In the late 1800s, it was also sometimes referred to as “red” lemonade:

“From Leavenworth comes the terrible story that a man living there tried to founder his mother-in-law the other night by dancing a polka with her until she got thoroughly warmed up and then giving her all the red lemonade she could drink.” [2]Gossip for the Ladies column. Titusville Herald. Titusville, Pennsylvania. 7 November 1873. Page 4.

This web site generates income from affiliated links and ads at no cost to you to fund continued research · Information on this site is Copyright © 2021· Feel free to cite correctly, but copying whole pages for your website is content theft and will be DCMA'd.
Tagged With: Lemonade