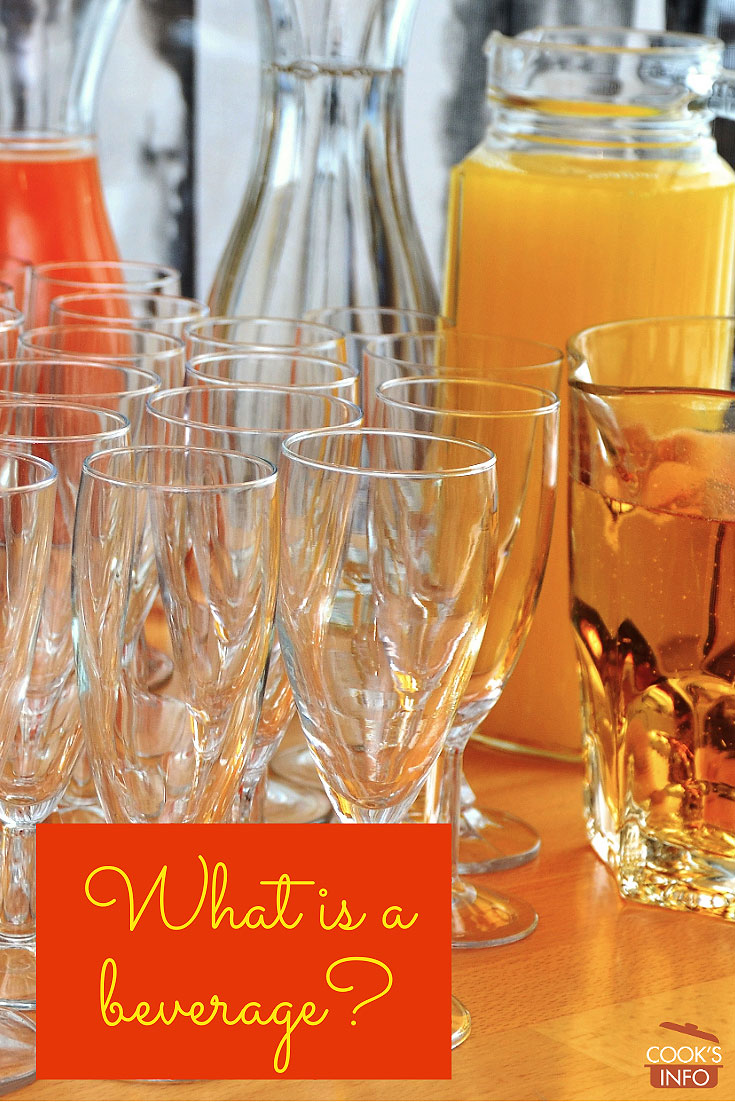 A beverage is a liquid for human consumption by drinking.

The purpose of a beverage is to quench one’s thirst, wash food down, or feel refreshed. There are many additional purposes for drinking alcoholic beverages.

Forms and purposes of beverages

A beverage is meant to be served and consumed in its own right, rather than be used as an ingredient in other things, even though many beverage liquids can also be used as ingredients.

A beverage can be cold or iced, warm or hot, still or carbonated, alcoholic or non-alcoholic, created from natural ingredients or more artificially produced.

A beverage is usually consumed either by raising it to the mouth in a vessel such as a cup, glass or mug, or, drawn to the mouth by a vacuum formed in an item such as a straw. Generally, only cold or room temperature beverages would be consumed through a straw, not hot beverages.

A beverage can also have social rituals around it, such as tea or alcohol do.

Still water used to be excluded from the general definition of beverage by the beverage industry — before the industry discovered a market for still water in bottles. Mineral and carbonated water were always included, especially in Europe. Some people still exclude tap water from the definition.

In the North American hospitality industry, the word beverage is restricted to mean alcoholic liquids, with other beverages such as soft drink, juice, water, coffee, tea, etc being rung into the tills as food items. Though, when a waiter asks you if you wish a beverage, the meaning can be broader in that case.