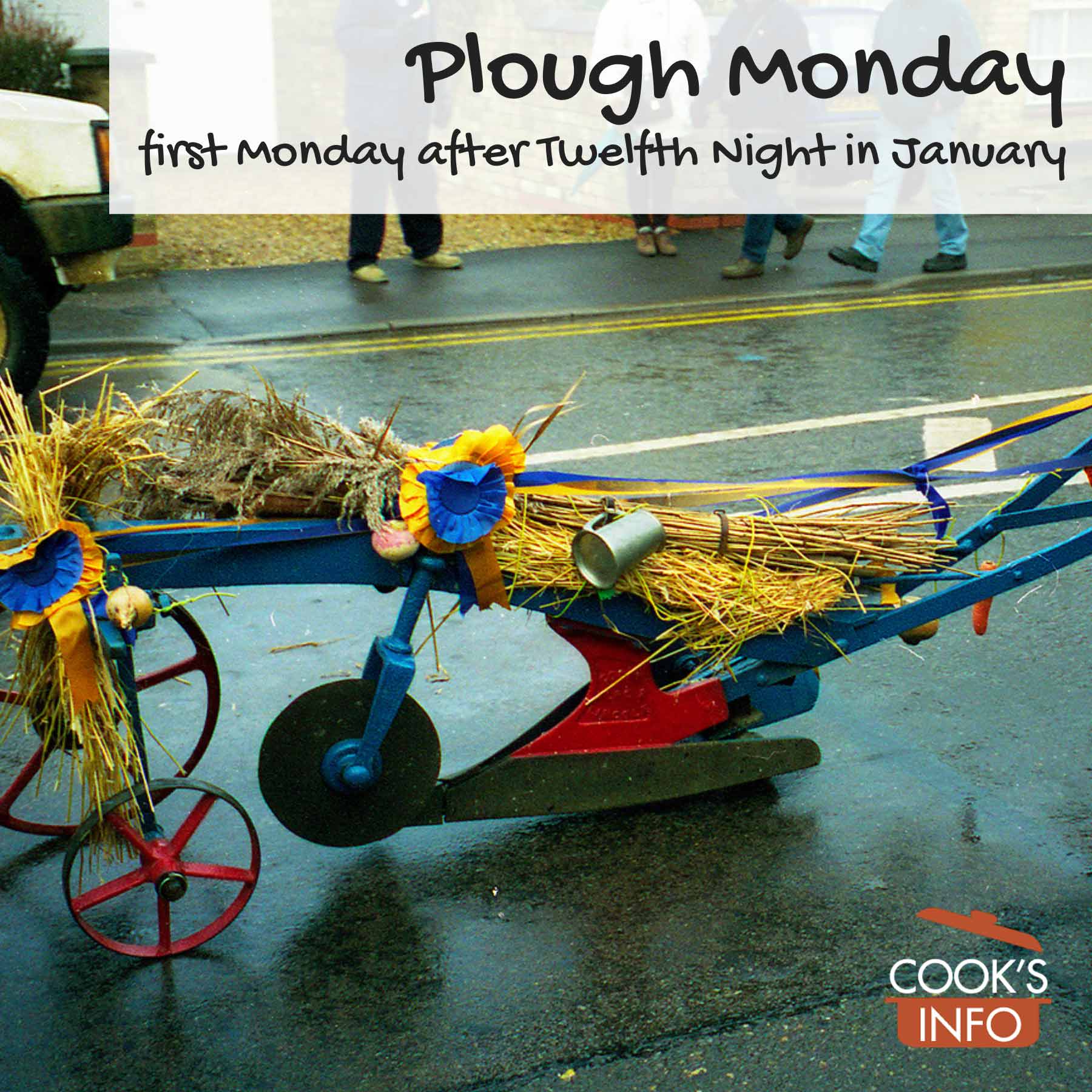 Plough Monday is typically the first Monday after Twelfth Night. It was also called “Plough Bullock Night.” The actual date will vary.

It was observed by field workers who would dress up, decorate a plough and drag it behind them through villages. The men who pulled the plough were called the “Plough Bullocks.” At least one of the men would dress as a woman. The others would either all dress as women as well (depending on the area of the country), or just dress up as clownish figures, as seemed to be the case in Nottinghamshire, England. The ones dressed up as women called themselves “Mollies.” Everyone used makeup on their faces, either red or white.

The men would go door to door singing and dancing, to get money and free drink. They got a bad reputation. There was a lot of drinking, especially as the day went on. Householders who didn’t oblige might have their front or back gardens plowed up. They would also stop people in the streets and demand money.

It was partially tolerated, perhaps partly because it provided an outlet for the field workers who were otherwise quite low on the pecking order. Sometimes, though, depending on the local authorities and the scale of their mischief, the authorities would step in.

In the port town of Grimsby, Lincolnshire, in the second half of the 1500s, the Grimsby Mariners Guild would hold a procession and a dinner.

“It was a mariners guild, like others of the same name, and kept a
votive ship before one of the altars of the now vanished church of St.
Mary. On Plough Monday this ship was taken around the town in
procession, which was followed by a supper, when all members of the
guild, owners of ships, masters, or mariners, had to be present, or be fined an amount varying with their status”. [1]Simon, L.R. Lincolnshire Historian. 1955. Vol. 2, no. 2, pp 27-30.

By the early 1800s there was growing outrage at property damage and “unChristian behaviour.” By the end of the 1800s, the tradition had finally died out.

In Whittlesea, Cambridgeshire, on Plough Tuesday, the day after Plough Monday, a man or boy would put on a straw bear costume and go from house to house, dancing in exchange for a gift of food, beer or money. The custom died out around 1909, but was revived in 1980, and has now evolved into a week-long festival. See their Straw Bear Festival web site.

“It is a well authenticated fact, that the Sabbath day and evening, previous to Plough Monday, are mostly spent in decking and besmearing the annual vagrants (for they certainly are no better) called Plough Bullocks. The individuals, who thus disgrace themselves, generally sally forth, before day-light on the morning in question, amongst the peaceable inhabitants of the neighbourhood where they reside, and, in many instances, demand money with as little ceremony as the tax-gatherer.” — Letter to the Editor, Nottingham Review, 14 January 1823.

“So Jolly boys now
Here’s God speed the plough
Long life and success to the farmer.” 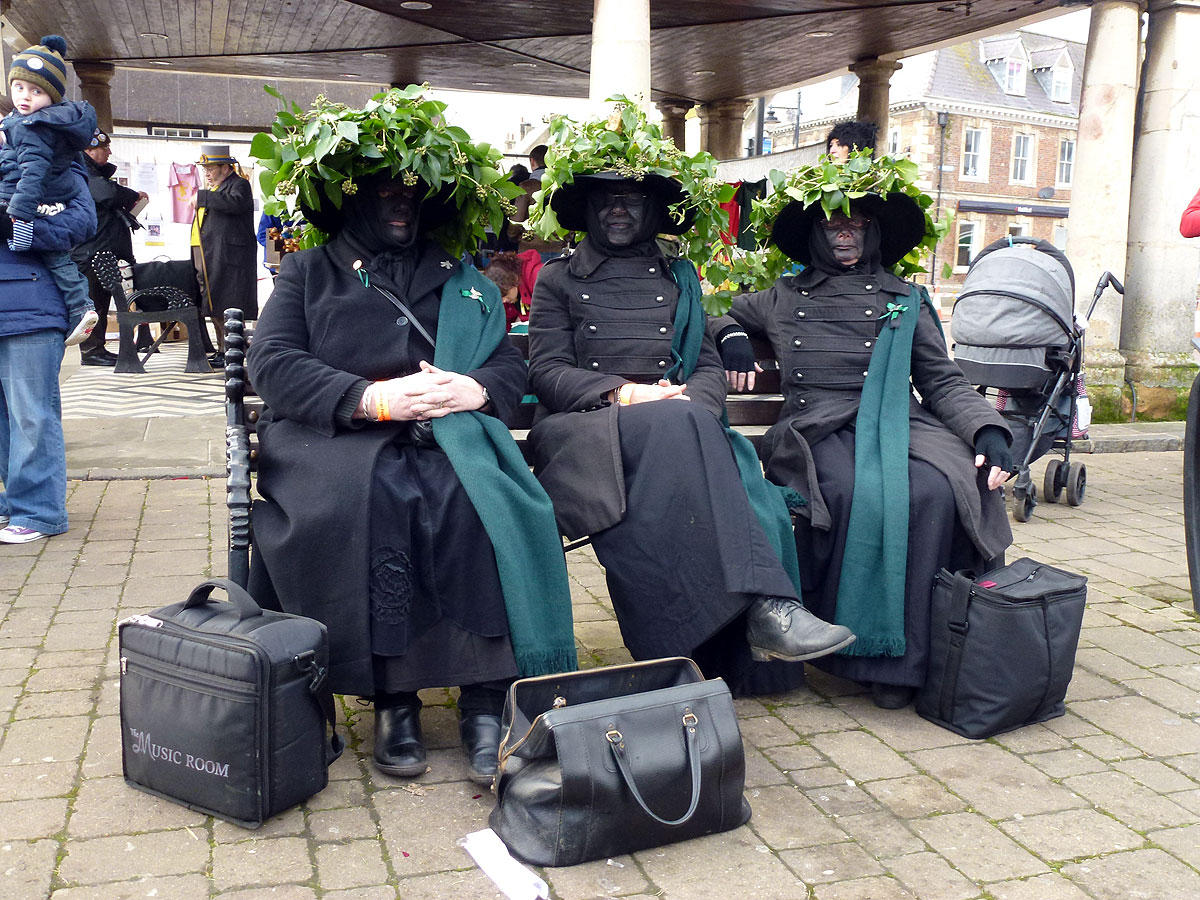 This web site generates income from affiliated links and ads at no cost to you to fund continued research · Information on this site is Copyright © 2023· Feel free to cite correctly, but copying whole pages for your website is content theft and will be DCMA'd.
Tagged With: Agriculture