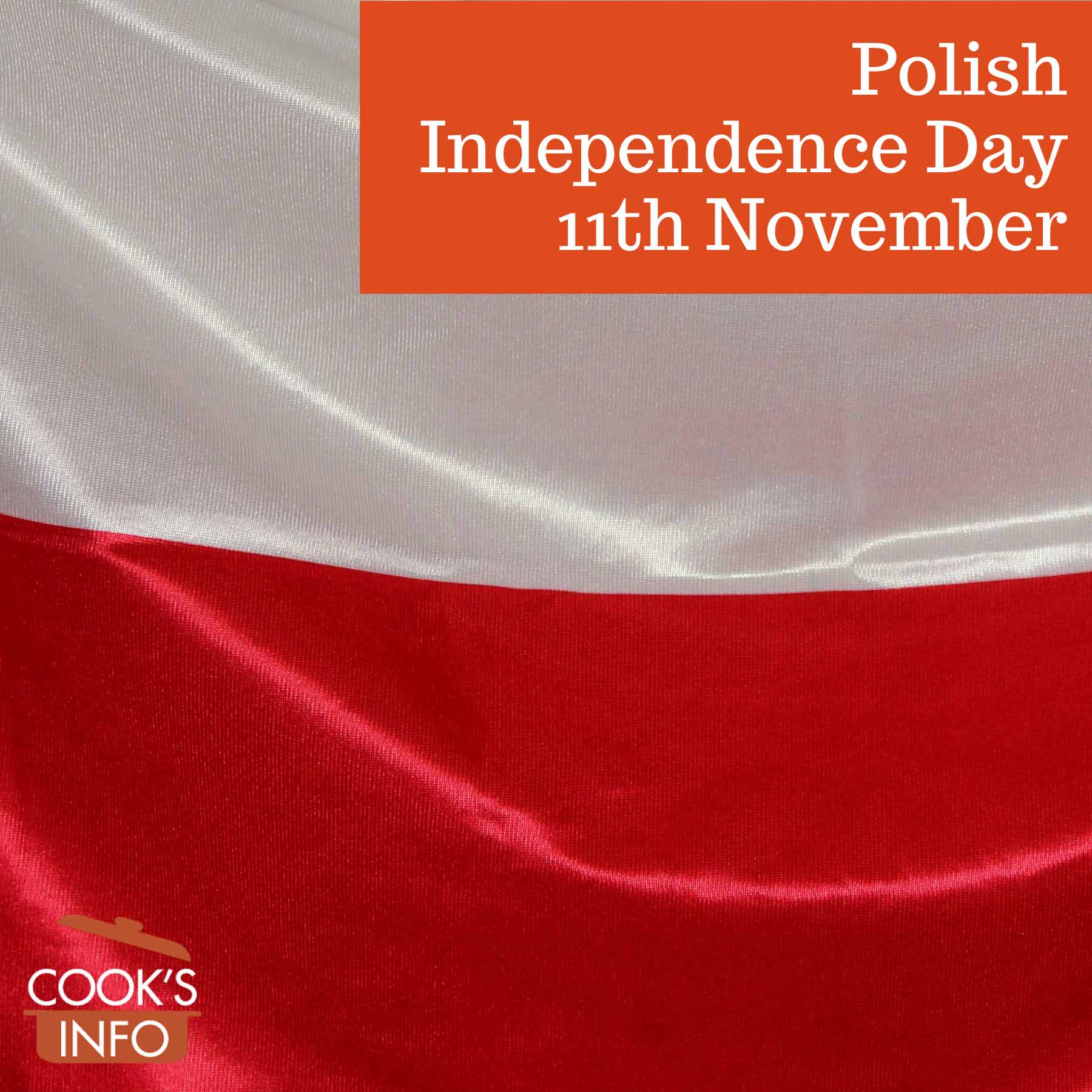 The 11th of November is Polish Independence Day.

In Poland, it is an official day off work.

In Warsaw, Poland’s capital, the main ceremonies happen in Piłsudski Square. There is a military parade, fireworks, and the Polish national anthem “Dąbrowski Mazurka” is sung.

Across Poland, there are music and dance performances, patriotic songs by school children, and masses at held at Roman Catholic churches. In many cities, marathon races are held. And of course, everywhere, there is lots of traditional food including pierogi and kielbasa.

In the United States and Canada, the day is also widely celebrated by the Polish diaspora. (The Polish diaspora is referred to as “Polonia”.) It’s an occasion for festivities, with lots of traditional Polish food and beer, and of course also fundraising for Polish churches and community centres. Polish Genealogical Societies may set up booths in some areas to help people look up their family’s surnames.

Do you live in a city big and lucky enough to have a Little Poland area you can go to for a wonderful Polish meal?

The date for the observance of Polish Independence Day marks the day in 1918 when Poland became an independent state after being divided up by the Russian, Austrian and German empires for over a hundred years.

The 11th is actually an arbitrary date chosen. At the time when it was established as the date of record, it was also debated whether the 14th should have been chosen. [1]Kepa, Marek. Why Does Poland Celebrate Independence Day on 11th November? Warsaw, Poland:  Adam Mickiewicz Institute. 5 November 2018. Accessed October 2021 at https://culture.pl/en/article/why-does-poland-celebrate-independence-day-on-11th-november

From 1939 to 1945, under Nazi occupation, the day was not observed. From 1945 to 1989, under communist rule, it was also not observed; rather the “Day of Rebirth of Poland” was observed on the 22nd of July. With the liberation from communist rule, the Independence Day celebrations were restored.

This web site generates income from affiliated links and ads at no cost to you to fund continued research · Information on this site is Copyright © 2022· Feel free to cite correctly, but copying whole pages for your website is content theft and will be DCMA'd.
Tagged With: Polish Food