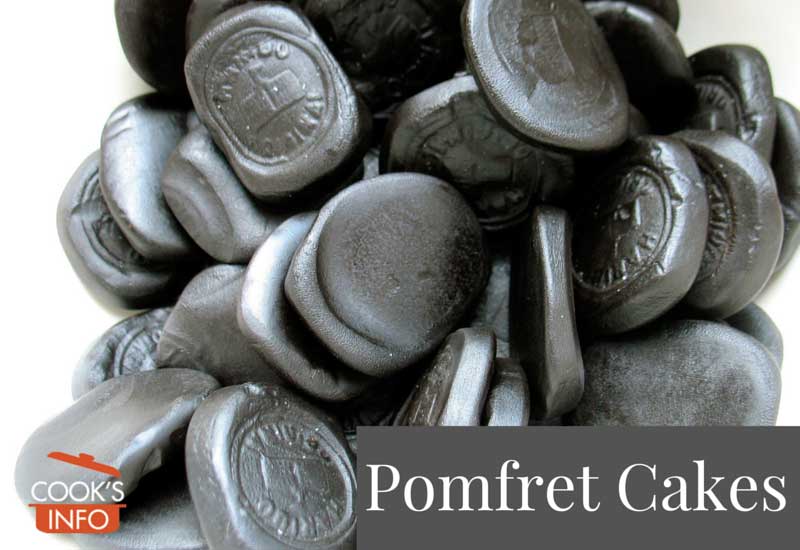 Contents hide
A Pomfret Cake is actually a lozenge, not a cake, traditionally made in Pontrefact, Yorkshire.

It’s made from liquorice thickened with flour and sweetened with sugar. The lozenges are stamped with a picture of a castle (actually a castle gate.)

The lozenges used to be stamped by hand by women using a metal stamp, but now they are all stamped by machine.

Pomfret Cakes have been made since the 1760s. They were invented by Richard Dunhill, an apothecary, who owned the Old Castle Inn ( thus the stamp on the candies).

Dunhill’s “invention” paved the way for liquorice to move from being “just” a medicine and become a candy instead.

The town of Pontrefact, 15 miles (25 km) southeast of Leeds, had been a centre of growing liquorice since the Middle Ages.

The Old Castle Inn got its name from the remains of a Norman castle built in Pontrefact in 1069. It was owned by the de Lacy family. Richard II was murdered in that castle in 1399. The castle was demolished in 1649 by an order of Parliament when the occupants chose the wrong side in the English Civil War — the Crown instead of Parliament. 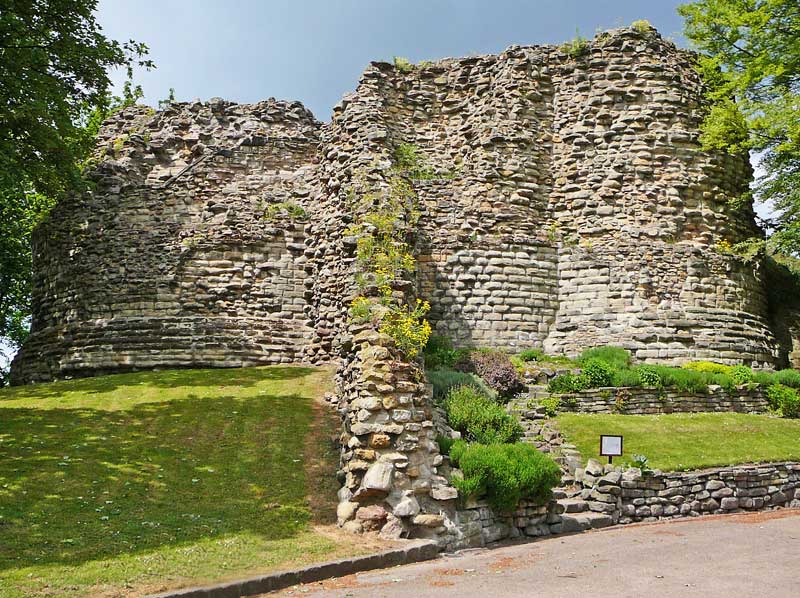 The name of Madam Pomfrey in the Harry Potter children’s books comes from Pomfret Cakes.

One old meaning of the word “cake” was a round disk. Pomfret is a contraction of Pontrefact, the town in North Yorkshire where the candy was invented. Locals call the candies “Ponte Cake”, with “Ponte” being pronounced “ponty”.